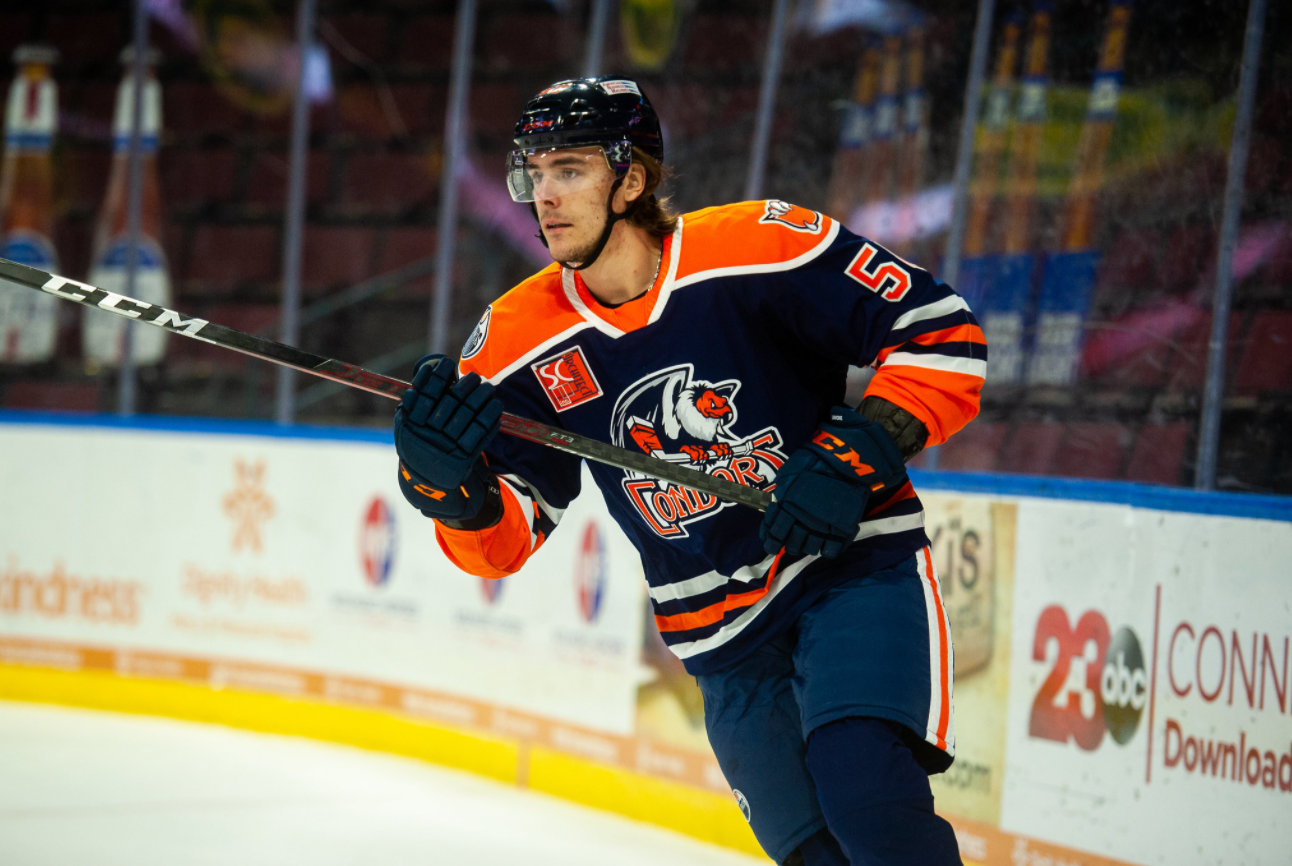 By Liam Horrobin
3 months ago
Over the last few years, the Edmonton Oilers have had great success at the NHL draft after selecting the likes of Tyler Tullio, Matvey Petrov, and Carter Savoie outside of the top three rounds. Many of those prospects are now heading into their first-year pro, putting pressure on some of the more veteran players in Bakersfield.
Tyler Benson is a good example of a player that has been surpassed in the organizational depth charts. The Oilers drafted him early in the second round with the expectation that he could one day become a full-time NHLer. Last season, Benson was able to cement his name on the starting roster early in the year, but after playing 29 games, the most in a single NHL season, he registered only two points. By no means is his NHL career over, however, as Edmonton now knows what he has to offer, which could diminish his chance in the future.
Raphael Lavoie will be one of those players the Oilers could look at in the same light as Benson from a couple of seasons ago. Lavoie had a promising season with Bakersfield last season, but more consistency will be necessary if he wants to break into the NHL roster within the next few seasons.
After a fine junior career, the Oilers drafted Lavoie in the second round, 38th overall. He wrapped up with four years of junior, with the Halifax Mooseheads and Chicoutimi Sagueneens, with 106 goals and 227 in 217 games. He also won a gold medal with Team Canada at the 2020 World Juniors and finished the tournament with two points.
There are high expectations for Lavoie after what he did in junior. He’s displayed the ability to score at the American League level. In 75 games, he’s found the back of the net 18 times and has an additional 18 assists. He’s coming off a career-high with 13 goals and 26 points in 56 games last season.
The points production shows promise for Lavoie; however, his consistency needs to improve. To start the 2022 regular season with Bakersfield, he only scored three times in the first 17 games. He scored five points in one game in mid-December to boost his points total but still only scored a point or more in four games before Christmas.
Lavoie found more of a rhythm after the Christmas break with 22 points in 17 games, which is exactly what you want to see from a second-round pick. Unfortunately, he was held in his final ten regular season games.
He has an opportunity in Bakersfield next season to play an essential role. Xavier Bourgault will challenge him for top minutes on the right wing, but Lavoie should have the advantage to start the year. He’ll need to play at the level he did after Christmas if he wants to keep that role. If we see more of the inconsistent scoring then questions could emerge about Lavoie’s capabilities.
Nation Takes
Oilers Talk
Recent articles from Liam Horrobin