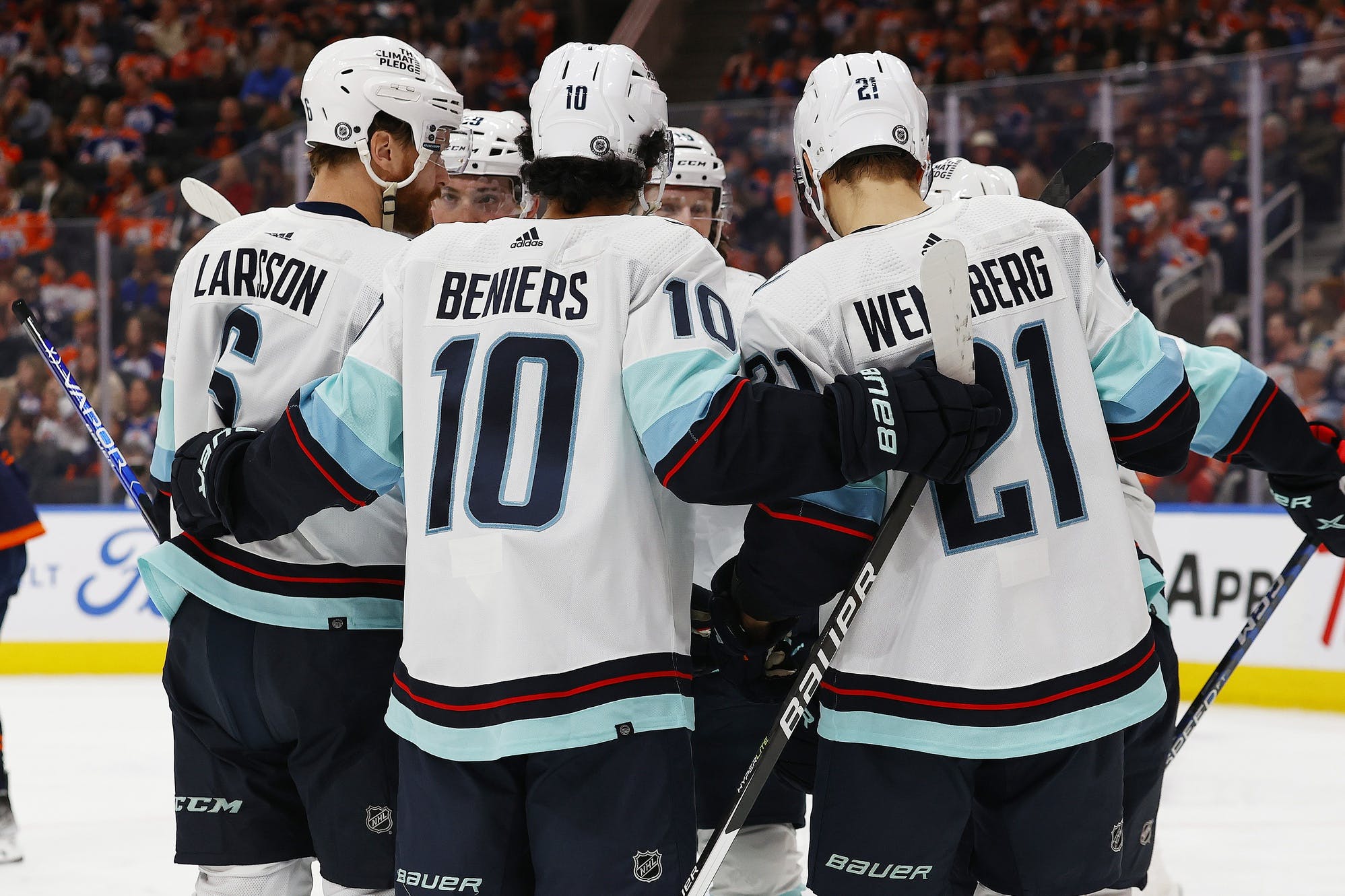 By Robin Brownlee
27 days ago
At the bottom line, losing games at home costs a team the same two points that losing on the road does. The only real difference is defeats at home mean you’re giving your ticket buying faithful an up-close and live look at your shortcomings.
Those were on display at Rogers Place again Tuesday, and they were many, as the Edmonton Oilers made it five consecutive losses at home in a 5-2 defeat against the Seattle Kraken, one of the teams they are trying to catch – they have to catch – in Pacific Division standings. Instead, the Kraken blew town with three games in hand and a two-point lead in the standings.
The Oilers have been talking the talk a lot more than they’ve been walking the walk during this nose-dive at home and it was more of the same in the post-game last night. They took a 2-0 lead and then pulled up a chair while the Kraken replied with four goals in a span of 11:04 in the second period to charge ahead 4-2.
Maybe the Oilers were expecting a repeat of the 7-2 licking they laid on the Kraken Dec. 30 after bolting to a 4-0 lead in the first 10 minutes. That wasn’t to be. What they got instead was a reminder they aren’t nearly as good as they apparently think they are – not nearly good enough to relax and admire their work, to play when they feel like it. 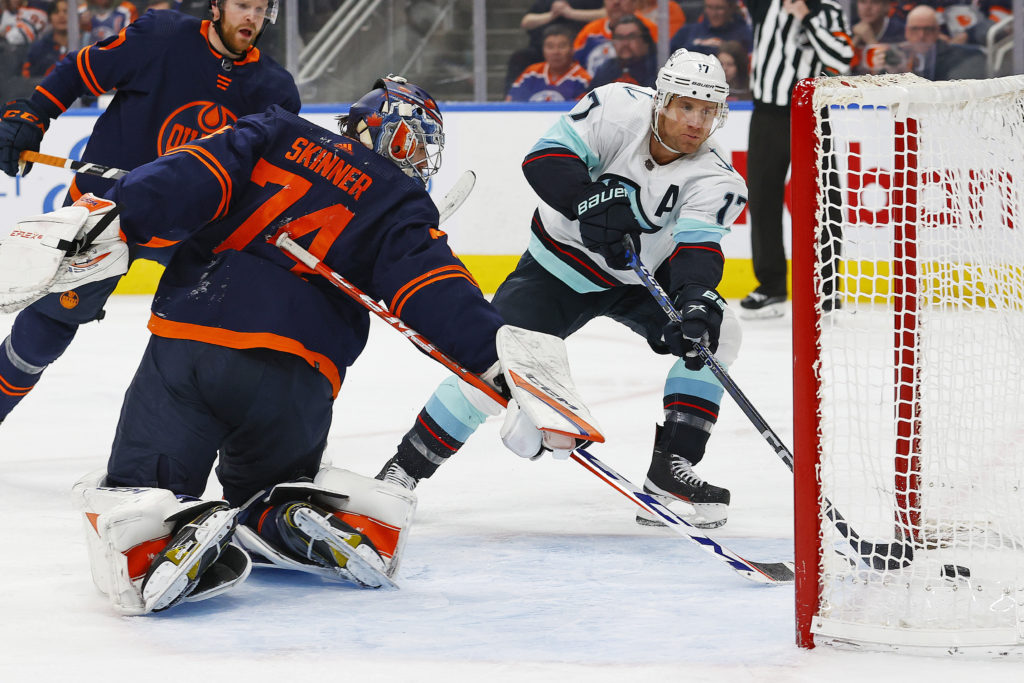 Jan 3, 2023; Edmonton, Alberta, CAN; Seattle Kraken forward Jaden Schwartz (17) scores a goal against Edmonton Oilers goaltender Stuart Skinner (74) during the second period at Rogers Place. Mandatory Credit: Perry Nelson-USA TODAY Sports
In the end, on a night when Stuart Skinner wasn’t able to mitigate their shortcomings, the Oilers were left to lament falling asleep at the switch and to talk yet again about all the inconsistency that has crept into their game. That’s a too-familiar storyline, played out for all to see with their 9-11-1 record at home.
“If we had that answer, we wouldn’t be where we are,” said Zach Hyman, who had an assist on the 1-0 power-play goal by Ryan Nugent-Hopkins. “So, I think it’s consistency. It’s doing it every single night and we talk about it. You’ve just got to go out there and do it, and you’ve got to do it for the entire game.”
“We’re up 2-0 and then you fall asleep for half the period, whatever it is, and then you’re down two. So, I think it’s finding consistency throughout our game, and when things aren’t looking pretty, falling back on the things we know we can do — structure, getting pucks behind their D, making it hard on them, just little things like that. When things aren’t pretty, we’re still able to play consistently and I think we’ve got to find that.”
Coach Jay Woodcroft called a time-out looking to settle things down after Jaden Schwartz tied it 2-2 at 5:15 of the second, but when Yanni Gourde and Jared McCann scored to make it 4-2 and chase Skinner in favor of Jack Campbell, the Oilers were done.
“I have faith in our group,” Woodcroft said. “I have faith in our leadership group. I made that call to take a timeout to try and settle the group down and spur something. I just felt that the energy on the bench and the energy on the ice wasn’t where it needed to be. In the end, it didn’t work . . .”
That last part sticks with me. If the energy on the bench and on the ice isn’t where it needs to be in a 2-2 game against a team you are battling with for a playoff position, that’s a significant problem, no? This group looked comfortable after Connor McDavid blazed past Carson Soucy like he was tied to a post and made it 2-0. We have seen this kind of lull too often.

I said it last night via Twitter and I’ll say it again today. To this point in the season and allowing for how long Evander Kane has been out and how Campbell has struggled to settle in, I’ve told myself more than once through these first 39 games this team is just a couple of wins away from turning on a dime, from playing like the group that went to the Western Conference final last season. I’m not so sure of that now.
Editorials
Featured
Oilers Talk
Recent articles from Robin Brownlee