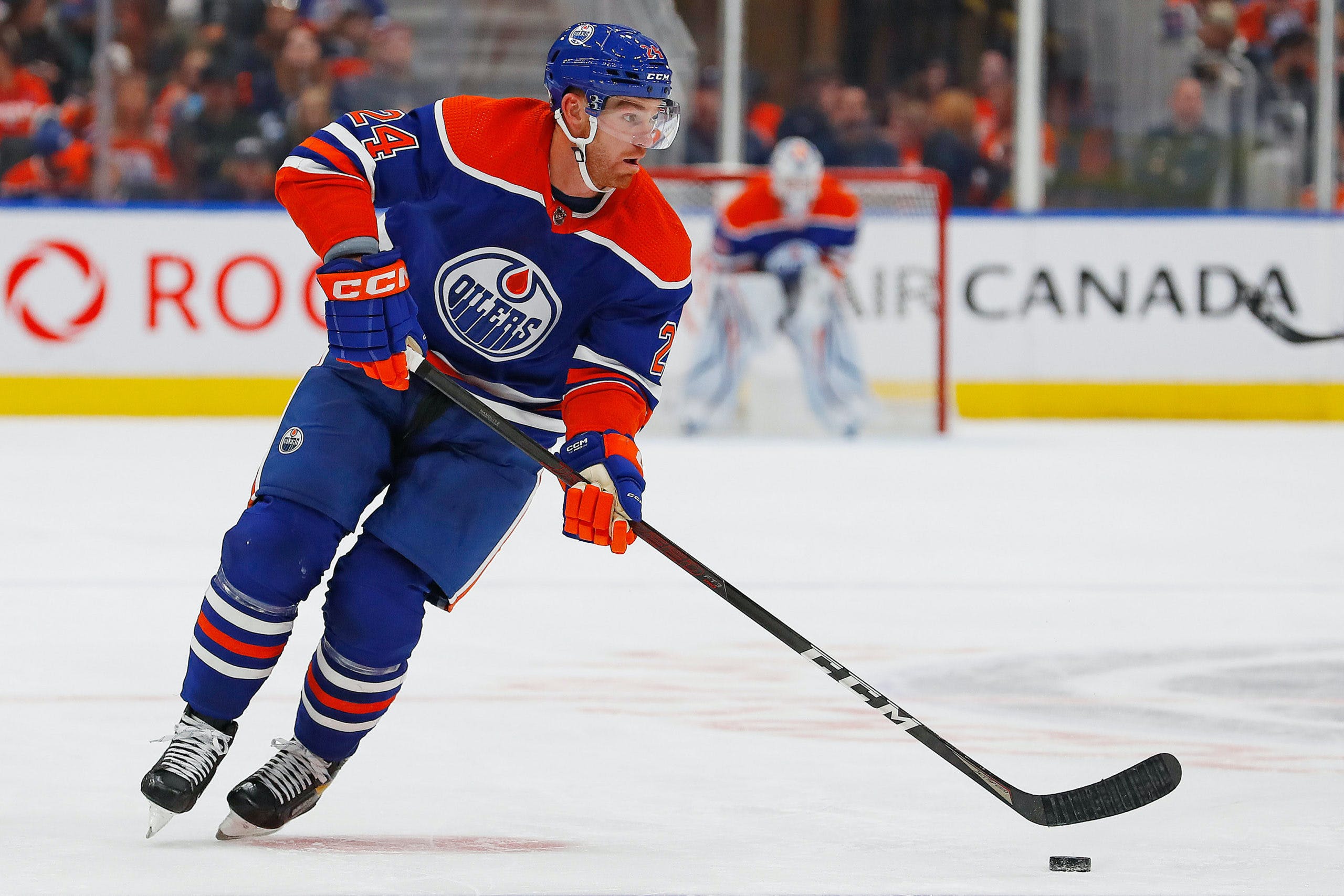 By Zach Laing
3 months ago
The Edmonton Oilers have made two roster moves Saturday placing Brad Malone on waivers for the purpose of assignment to the Bakersfield Condors, while also assigning Markus Niemelainen to their AHL affiliate.
Malone, 33, isn’t a surprise to be heading back down the Bakersfield. He’s captain the Condors each of the last two years, and has been with the Oilers organization since 2017-18.
Signed to a one-year deal late last season, Malone played eight games with the Edmonton Oilers scoring two points. He also drew in for two playoff games. Malone’s placement on waivers means forward James Hamblin has a legitimate shot at making the Oilers’ opening-day roster.
Niemelainen, meanwhile, is a bit of a surprise. The 24-year-old had a good camp, but now will head down to Bakersfield to continue rounding out his game. Despite being a bruising defenceman, there’s still a rawness to his game that needs to be worked out. He spent 20 games with the Oilers last year, so he could be a legitimate recall option this season.
His assignment means it’s likely Philip Broberg makes the opening day roster for the Oilers.
The Oilers will find out at Noon MST Saturday if Mattias Janmark and Dmitri Samorukov clear waivers or not.
Zach Laing is the Nation Network’s news director and senior columnist. He can be followed on Twitter at @zjlaing, or reached by email at zach@oilersnation.com.

For the first time in three seasons, we’re throwing a Season Launch Party at SOHO and you’re all invited to join us! What’s going on? I’m glad you asked.
As always, we will also be including a charity component with the event where a portion of all ticket sales will be donated directly to Sport Central to help with their mission of providing equipment and bicycles to children in need.
News
Oilers Talk
Recent articles from Zach Laing