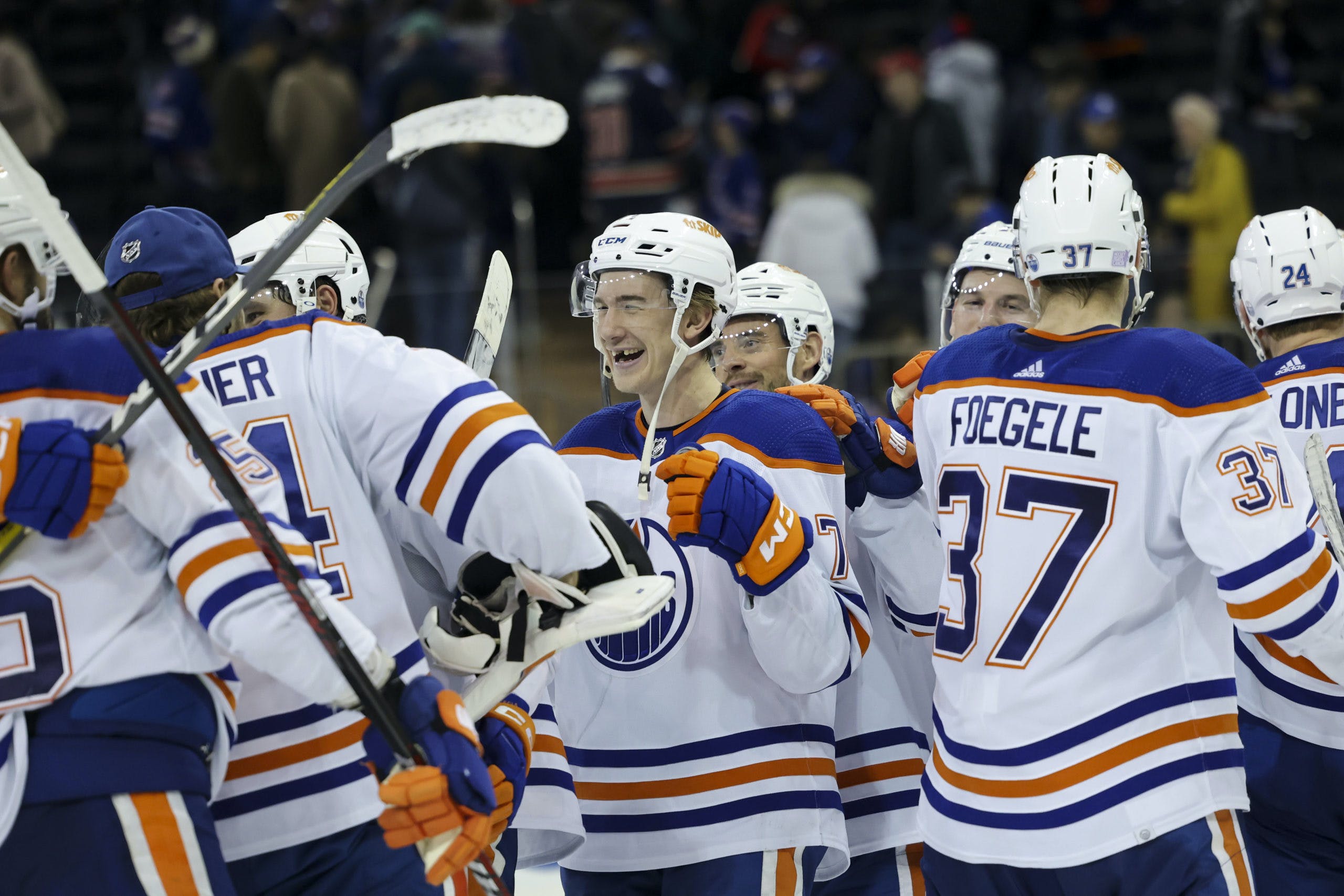 By Zach Laing
2 months ago
Sunday night news dump alert.
The Edmonton Oilers made a number of roster moves late Sunday night placing two players on the injured reserve while recalling two from the AHL’s Bakersfield Condors.
Heading to the IR are Kailer Yamamoto and Ryan McLeod. Yamamoto was injured on Nov. 8 in a game against the Tampa Bay Lightning. Details of his injury have yet to be disclosed, but his placement is retroactive to the date of his injury.
McLeod, meanwhile, missed practice Sunday. According to Oilers head coach Jay Woodcroft, he was dealing with bumps and bruises after a Saturday matinee against the New York Rangers.
The Oilers have recalled Tyler Benson and James Hamblin from the Condors. Benson was with the Condors for a conditioning stint after working his way back from a lower-body injury and notched two assists in three games.
Hamblin was one of the last cuts from Oilers training camp and is second on the Condors in scoring. Now in his third season of pro hockey, Hamblin has scored three goals and nine points in 15 games this year. Over his three-year career with the Condors, he’s scored 31 goals and 59 points in 117 games.
The Oilers host the Florida Panthers Monday night.
Zach Laing is the Nation Network’s news director and senior columnist. He can be followed on Twitter at @zjlaing, or reached by email at zach@oilersnation.com.
Featured
Nation Takes
News
Oilers Talk
Recent articles from Zach Laing