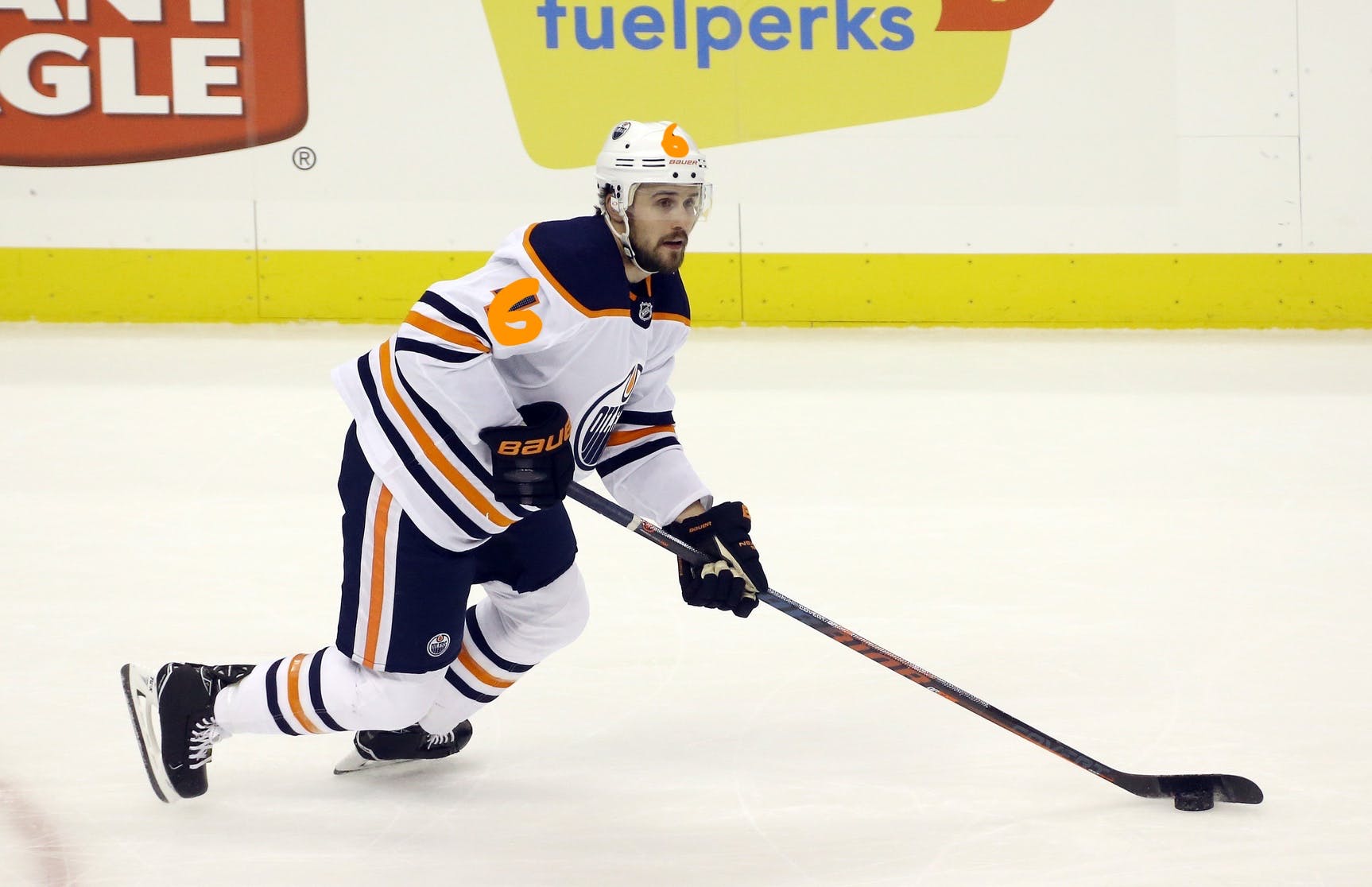 By Zach Laing
1 year ago
The Edmonton Oilers have placed defenceman Kris Russell on the injured reserve and recalled defenceman Philip Broberg, the club announced Friday.
Russell left the game Thursday night against Boston after taking a hit in the second period.
After the game, Tippett said “it didn’t look very good” for Russell and that “I got a feeling he might miss some time.”
While there’s been no official word of Russell’s injury, Dr. Harjas Grewal tweeted there is worry for a shoulder dislocation — an injury that could keep him out anywhere from a week-to-week basis, to 4+ months.
Broberg, meanwhile, had just been returned to the Condors Thursday but will come right back up.
Russell has appeared in 14 games this year scoring two assists and blocking 39 shots. Broberg has played in eight games this season scoring one assist.
Zach Laing is the Nation Network’s news director and senior columnist. He can be followed on Twitter at @zjlaing, or reached by email at zach@oilersnation.com.
Nation Takes
News
Oilers Talk
Recent articles from Zach Laing