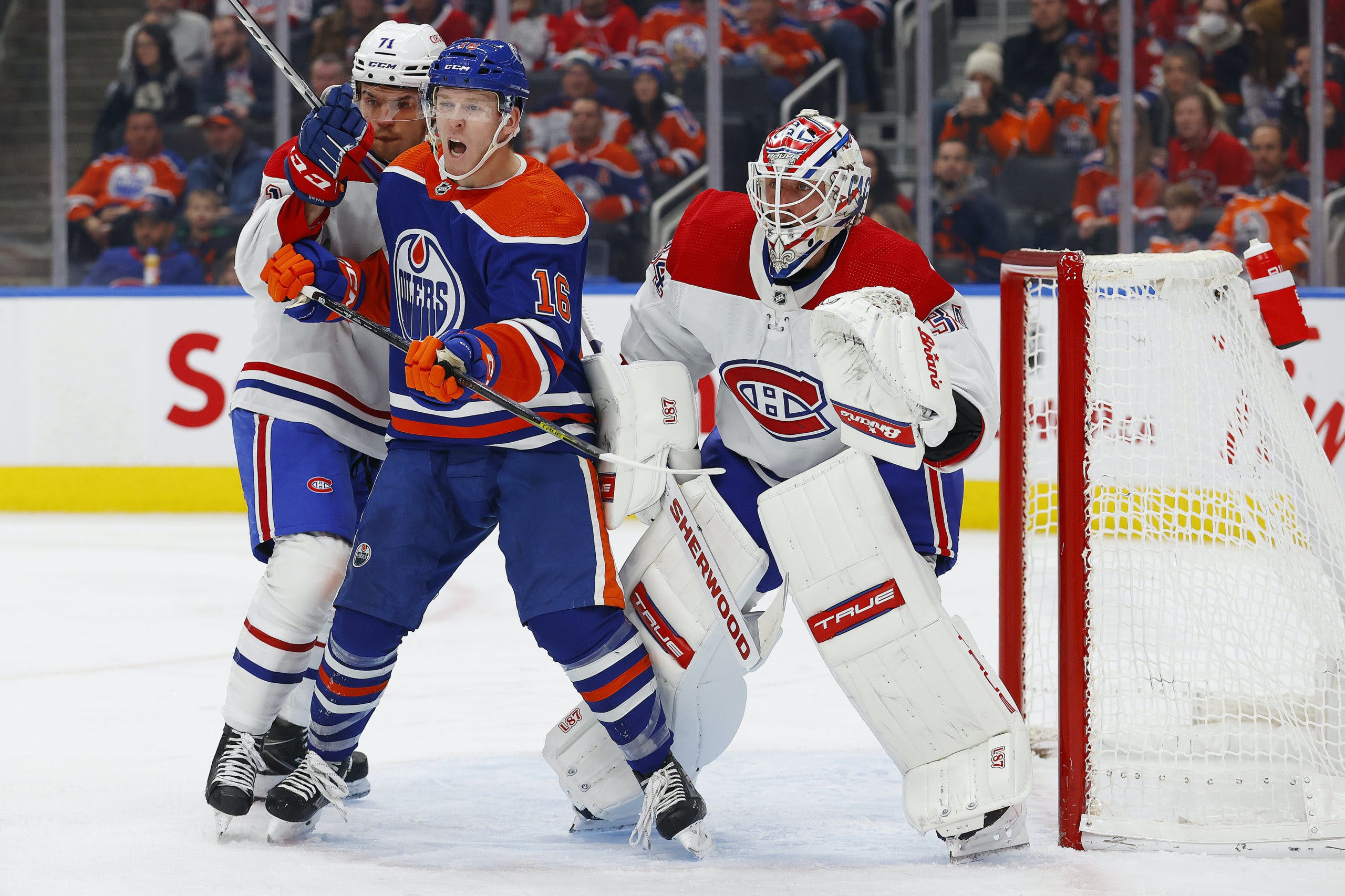 By Zach Laing
1 month ago
The Edmonton Oilers have placed forward Tyler Benson on waivers, the club announced Thursday.
The 24-year-old recently returned from the long-term injured reserve after suffering a lower-body injury towards the end of training camp. He appeared in three games with the AHL’s Bakersfield Condors on a conditioning stint scoring two assists.
Benson joined the Oilers after and drew in for two games scoring no points. He had a great training camp ahead of the injury and appeared ready to draw in as a regular fourth-liner for the Oilers.
The emergence of Klim Kostin as an effective bottom-six player has likely stalled, at least for now, Benson’s chances of breaking into the Oilers lineup regularly. The move to waive Benson likely signals the return of one of Ryan McLeod or Warren Foegele, both of whom have been working their way back from injury.
For Benson, meanwhile, this isn’t a great sign for his future as an NHL’er — at least with the Oilers. He was waived last March by the club and went unclaimed, and it wouldn’t be a surprise to see him clear again.
Benson’s success as a pro with the Condors has been immense. He’s appeared in 177 games over the last six seasons scoring 38 goals and 155 points. He is the AHL Condors’ all-time leader in assists, with 117, and ranks third with 155 points.
If Benson clears waivers, he would be a much-needed addition to a Condors club near the bottom of the AHL’s Pacific Division.
Zach Laing is the Nation Network’s news director and senior columnist. He can be followed on Twitter at @zjlaing, or reached by email at zach@oilersnation.com.
Featured
Nation Takes
Oilers Talk
Recent articles from Zach Laing