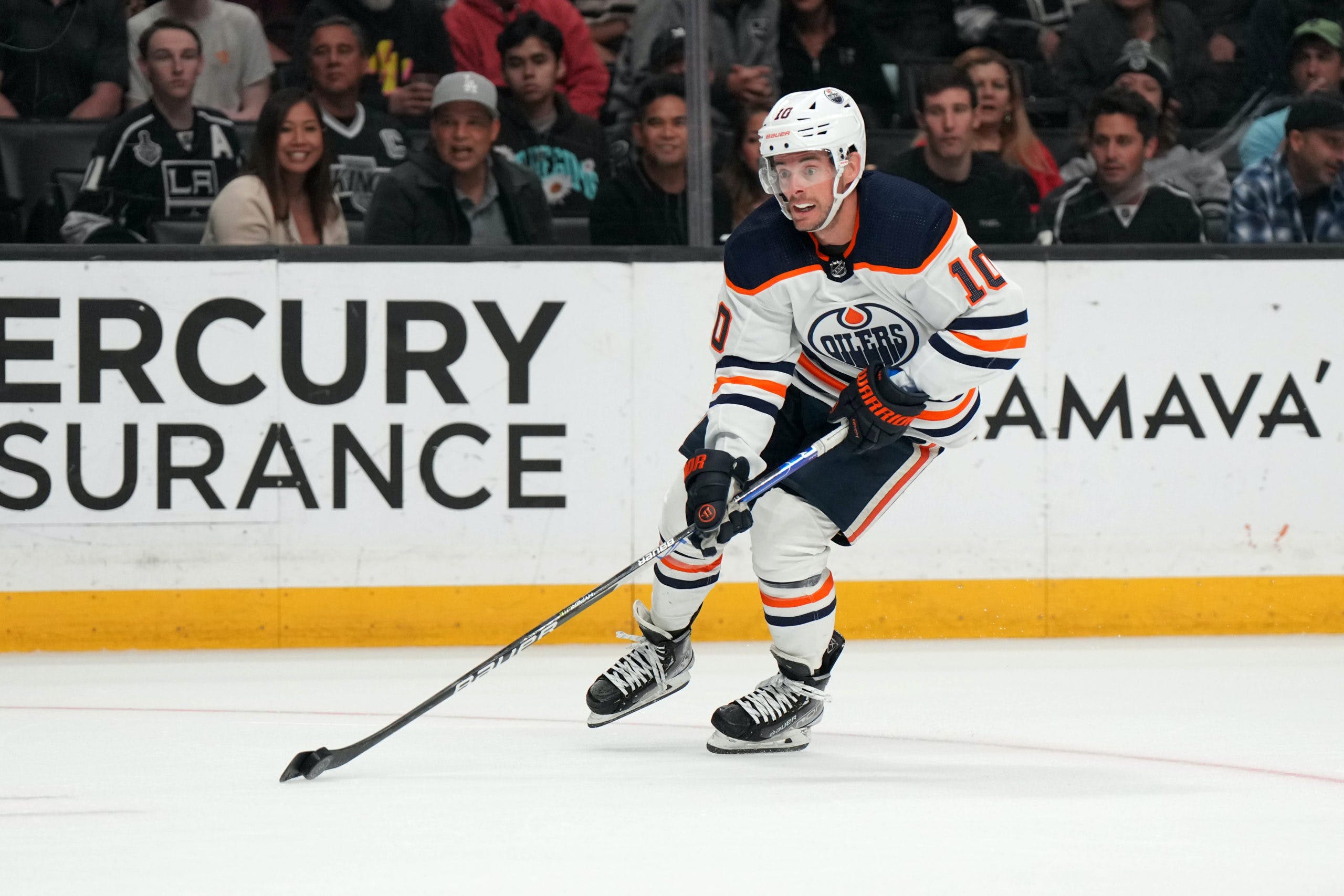 By Zach Laing
5 months ago
Welcome to the 2021-22 season review and 2022-23 season preview player-by-player! In this, and other articles, I’ll be, well, reviewing the Edmonton Oilers 2021-22 season and previewing the 2022-23 season. You can read about the analytics behind my analysis here.
Talk about an up and down year.
When the Edmonton Oilers brought in Derek Ryan on a two-year deal last summer, I was elated. He was a strong player for the Calgary Flames in the bottom-six with good scoring rates and even better underlying numbers.
Ryan, however, fell victim to the early season woes under Dave Tippett. After the coaching change that saw Jay Woodcroft take over, Ryan was one of the more outspoken players about the issues that flogged the team.
When asked about the Oilers’ ability to identify or fix problems in their game in April, this is what he had to say.

“I think that’s Woody’s job and Woody’s been really good at that. I think we were searching for that earlier in the year where things weren’t going our way and it just felt like we were being told to work harder, or be better, and we were searching for more answers. I think Woody’s done a good job of bringing those answers in. He says “hey, this part of your forecheck, or neutral zone, your faceoff detail, all those things are important and these are the things you can do to get better in those areas. I think playoffs is about adapting, being able to change when the other team changes. I think Jay will be really good at that because he’s shown it so far in his time here.”

Other comments were made about how some players felt like they were playing without a cause, so to speak. The roles weren’t always clear for players and Ryan struggled.
But when Woodcroft arrived, Ryan got bumped over to right-wing and thrived on the third line alongside Ryan McLeod and the pair were rock solid. Ryan season was revived, and I can’t wait to see what he does this season. 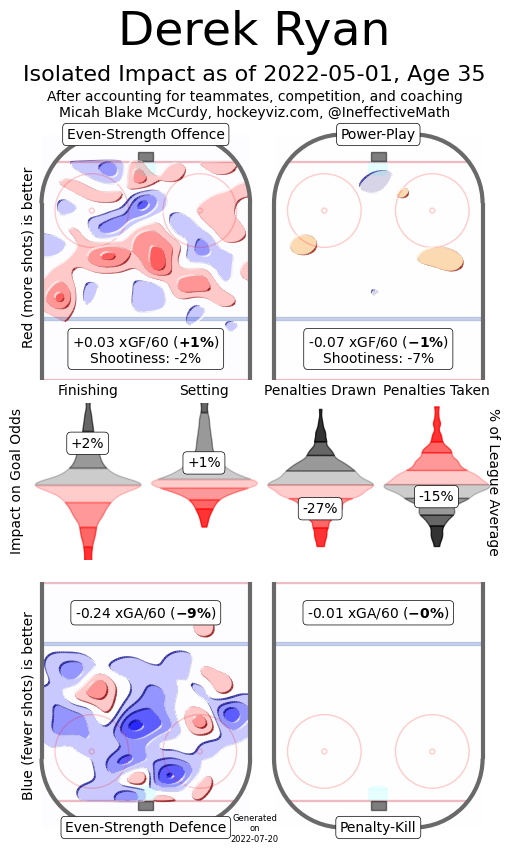 The underlying numbers for Ryan weren’t as strong as they had been in previous years, but again, a big chunk of his season he struggled under Tippett, so there’s some leeway to be given. That being said, he’s a prime example of why PDO is such an important statistic to use.
If you looked at his numbers without accounting for PDO, you’d see a guy who drove the pace of play, but someone who struggled to impact opposing scorers. But when you look into his PDO of 97.6, you see a guy whose on-ice save percentage was .886 — a far cry from even league average. For one reason or another, Ryan had some terrible luck last year and I expect that to rebound next season.
In the same breath, Ryan was a great depth scorer for the Oilers last year finding the back of the net 10 times at 5×5. His individual goals per hour rate was the highest of his career and while may dip a bit, he’s playing with some highly skilled players down the Oilers depth chart.
Circling back to the comment about his defensive play, what was really encouraging was Ryan’s isolated impact chart. It showed he actually was a really strong player in his own zone contributing defence at a nine percent rate above league average, while chipping in offence at a one percent rate above league average.

Ryan will return for the final year of his deal and will be a key contributor in the Oilers’ bottom six. He should be rejuvenated with a new role, a solid offseason, and a coach that will have a solid plan for him from day one. I’d like to see him on a line with Ryan McLeod and Dylan Holloway.
Zach Laing is the Nation Network’s news director and senior columnist. He can be followed on Twitter at @zjlaing, or reached by email at zach@oilersnation.com.
Nation Takes
News
Oilers Talk
Recent articles from Zach Laing