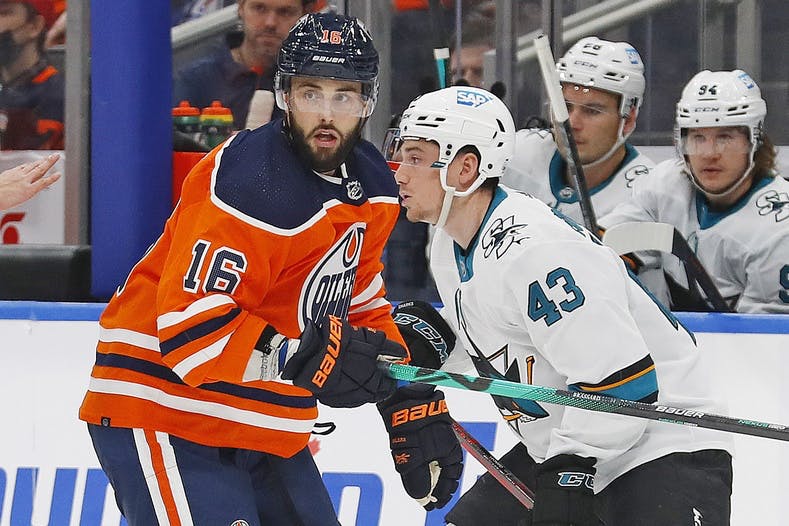 By Zach Laing
4 months ago
Welcome to the 2021-22 season review and 2022-23 season preview player-by-player! In this, and other articles, I’ll be, well, reviewing the Edmonton Oilers 2021-22 season and previewing the 2022-23 season. You can read about the analytics behind my analysis here.
Acquired at the trade deadline for a 2023 4th-round draft pick, Derick Brassard’s time in Edmonton was short and sweet. He drew in for 15 regular season games scoring two goals and three points, and appeared in just one playoff game.
Brassard, 34, showed his value for the Oilers in a defensive role on the fourth line. 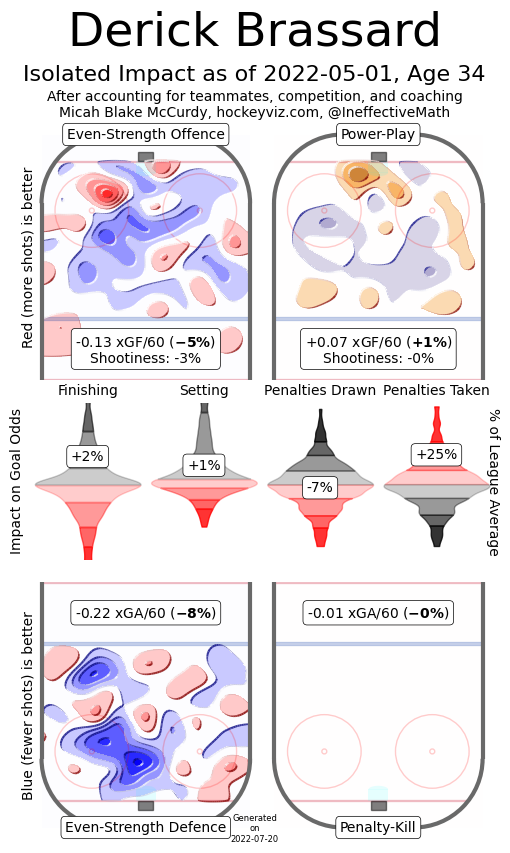 Again, Brassard’s strengths really came in his defensive play. His suppression rates for every category listed were much better than team average, and that’s a good sign. He helped provide some stability on the Oilers’ fourth line in the regular season, but he didn’t draw in for any postseason action.
The Oilers instead opted for a quicker, more physical Josh Archibald despite the latter’s struggles in producing good on-ice results.
Brassard’s isolated impacts reinforce his defensive strengths. He provided offence at a five percent rate below league average and defence at an eight percent rate above league average.

Brassard is currently a UFA without a contract, and it’s hard to imagine the Oilers brining him back. That being said, they could do worse than Brassard as a 13th/14th forward who you know can come in and play a strong defensive game.
Zach Laing is the Nation Network’s news director and senior columnist. He can be followed on Twitter at @zjlaing, or reached by email at zach@oilersnation.com.