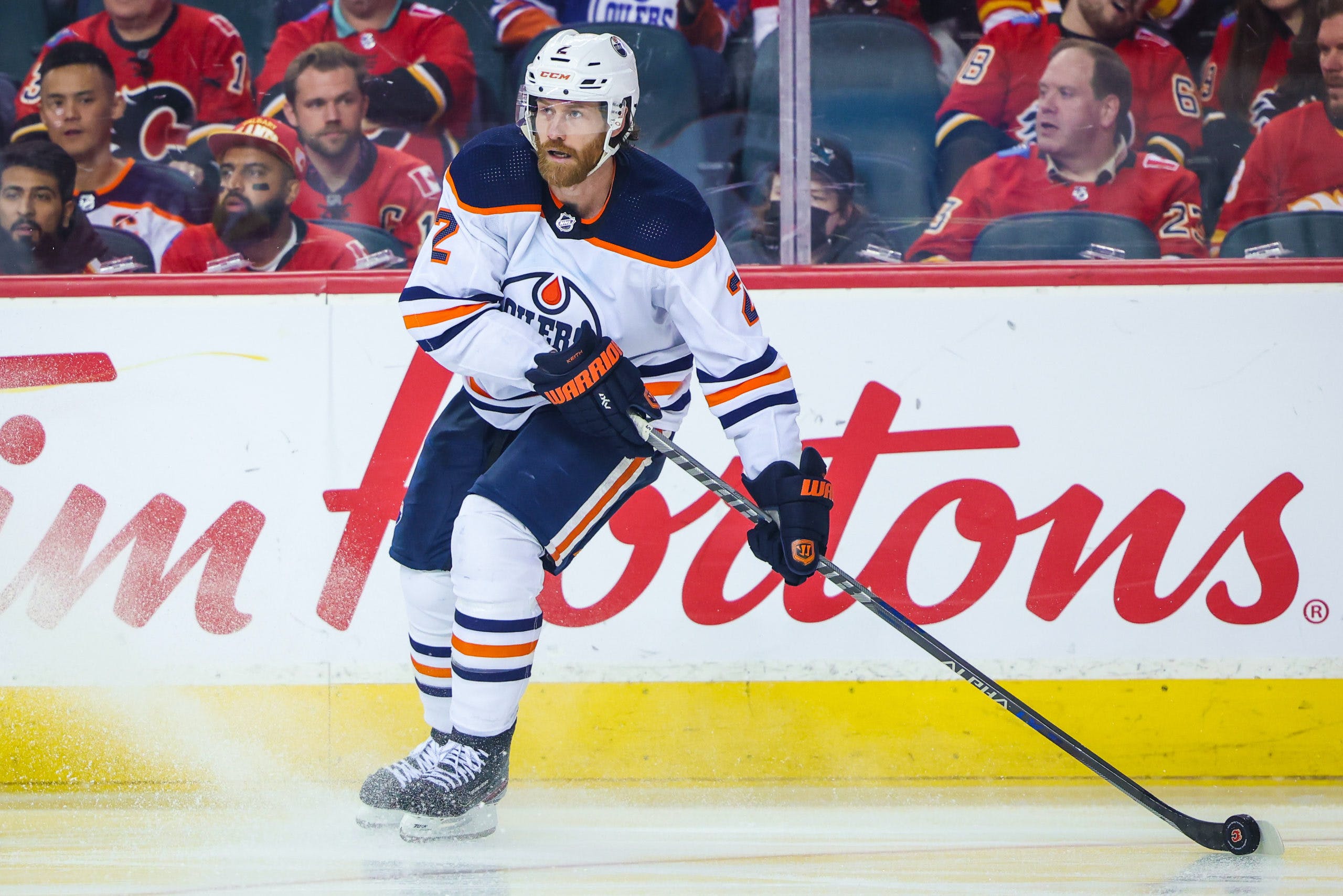 By Zach Laing
5 months ago
Welcome to the 2021-22 season review and 2022-23 season preview player-by-player! In this, and other articles, I’ll be, well, reviewing the Edmonton Oilers 2021-22 season and previewing the 2022-23 season. You can read about the analytics behind my analysis here.
An important part of analysis when it comes to sports, in my opinion, is being able to reflect on your takes, good and bad. When it comes to Duncan Keith, I’m happy to sit here and say, for the most part, I was wrong. The trade was worth it after all. How can you argue with a trip to the Western Conference Finals?
While Keith’s play on the ice was far from great at times what’s clear is the impact that he had off the ice. When the Oilers acquired him, people were quick to jump at this being one of the key drivers of what he’ll bring to the table. For me, I find it hard to look into these things to heavily early on.
In analysis, I love to be able to quantify things. It’s why I’m such a fan of analytics, and truth be told, there’s no analytics for what players can bring off the ice. There’s room for both times of mindsets, however. When it comes to the off-ice stuff, I try not to project or predict too much into things. I want to hear from the players and the coaches and management about what they feel a player is bringing to the table.
Here are a few quotes about Duncan Keith as the season wound down:

Evan Bouchard at the end of the year on what he learned most from Keith:
“Well, it’s a little different when you get someone like Duncs who has been through it all. He knows what he’s doing and the style of play he wants to play. The more you listen and the more you can take in, the better it’s going to make you and the pairing. The better the pairing does, it helps the team. The more you listen to him and pick his brain is going to help you out.”
Jay Woodcroft after game one of the series against the Flames:
“(Keith’s) presence comes through in big moments. Sometimes it’s something as simple as going by the bench during a TV timeout and just saying, ‘Hey, we got this. Take a deep breath and we’re good to go here.’ Sometimes it’s making the big play at the right moment.
“I can’t say enough about Duncs. His resume is Hall of Fame-worthy. He’ll be there one day, but in terms of his ability to pass on his experiences to our group, can’t say enough.”
Zach Hyman during the series against Calgary:
“Just unfazed. That’s a guy when you talk about somebody who has seen it all, done it all. He’s a future Hall of Famer that was brought in I think to calm the group in times that aren’t going well.”

Hard to argue that. 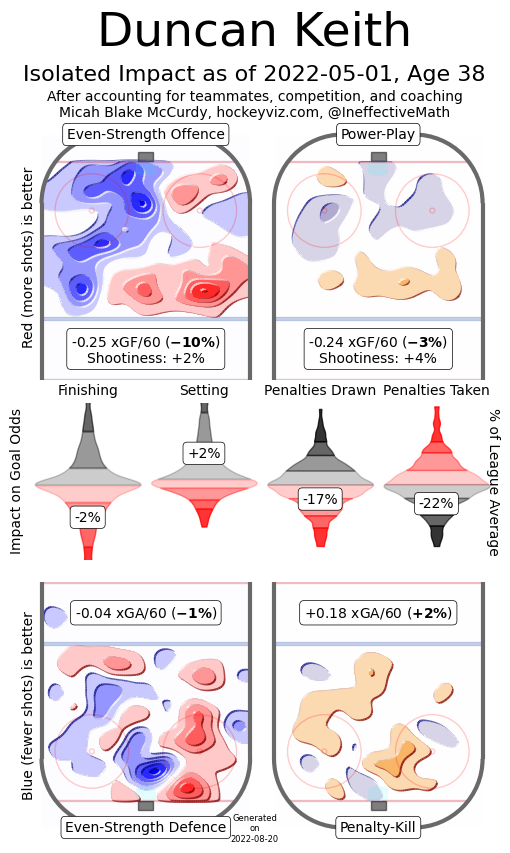 Keith’s underlying numbers weren’t tremendous, but he did a damn fine job of keeping his head above water. The Oilers controlled the shot attempt share as well as the goal share quite handily. This, in part, was due to an inflated 102.1 PDO but you’ll take it when you can get it. His scoring chance and expected goal numbers were around average, too, so it’s hard to complain too much about it.
Looking at his isolated impact charts, his offensive contributions were… not great! He definitely benefitted in that sense from having a great puck mover and offensive defenceman in Evan Bouchard with him. Keith’s defensive impacts were slightly above league average, so that’s something you like to see.

Keith retired this offseason and the Oilers had a hole to fill on their backend. They did so by signing 28-year-old Brett Kulak to a four-year, $2.75-million AAV deal and he’s going to be a great replacement player on the ice.
Zach Laing is the Nation Network’s news director and senior columnist. He can be followed on Twitter at @zjlaing, or reached by email at zach@oilersnation.com.
Nation Takes
News
Oilers Talk
Recent articles from Zach Laing