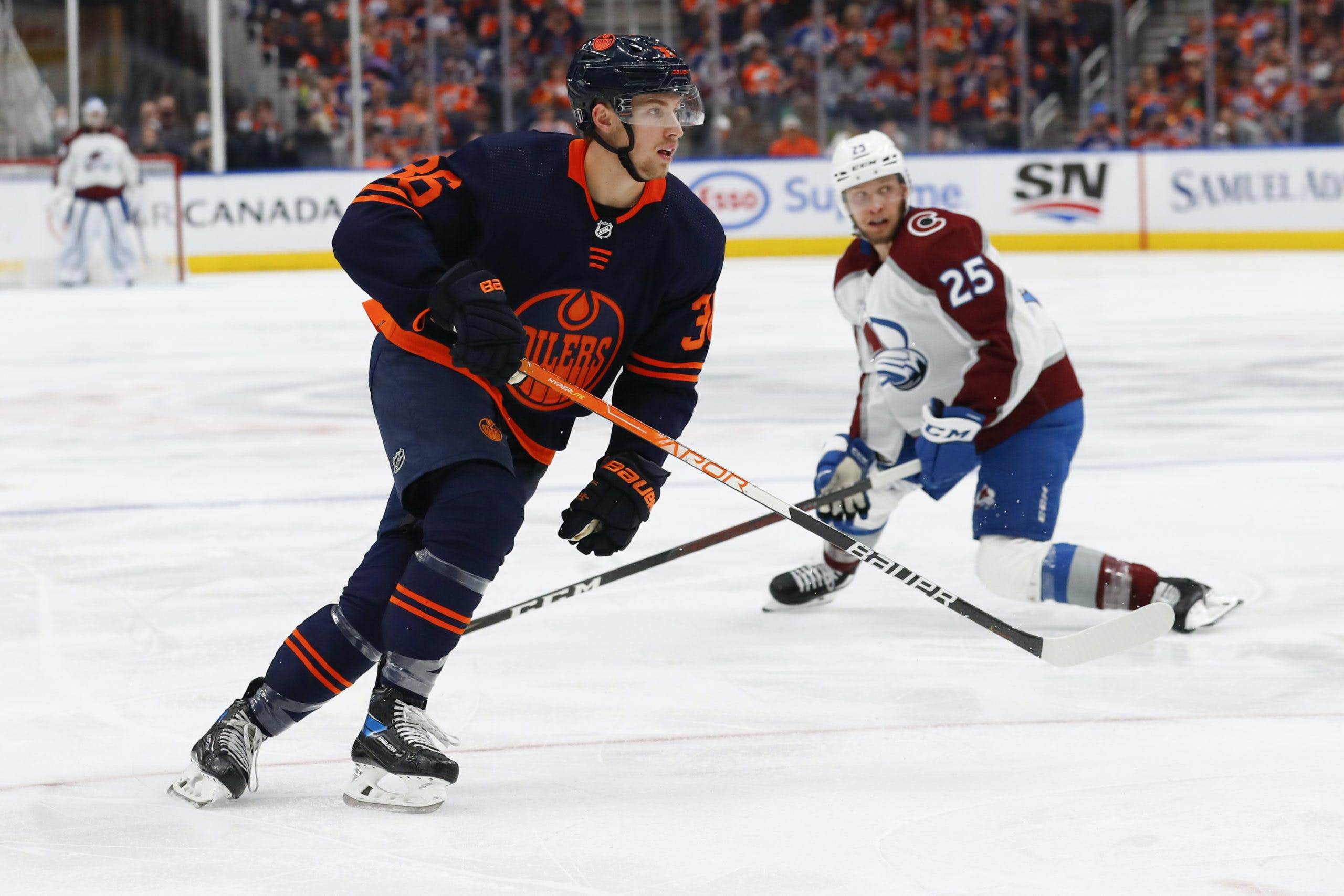 By Zach Laing
5 months ago
Welcome to the 2021-22 season review and 2022-23 season preview player-by-player! In this, and other articles, I’ll be, well, reviewing the Edmonton Oilers 2021-22 season and previewing the 2022-23 season. You can read about the analytics behind my analysis here.
Dylan Holloway’s stint in the NHL has been short and sweet: one game in game four of the Western Conference Finals against the Colorado Avalanche.
Typically, I wouldn’t do reviews for players with such little action, but Holloway’s an exception given his importance to this franchise.
Drafted 14th overall in the 2020 draft, Holloway went back to college for a second season where he lit the NCAA up scoring 11 goals and 35 points in 23 games. At the end of that year, Holloway suffered a wrist injury that stunted his playing time last year.
Holloway had to undergo multiple surgeries to repair it before debuting with the AHL’s Bakersfield Condors on January 22nd. He played with a ton of energy early on and scored some points, but cooled a bit as the season progressed.
All in all, Holloway’s AHL season saw him score eight goals and 22 points.
Looking ahead to this season, the Oilers need Holloway to take a step forward. His strengths lie in his playmaking ability and tenacious two-way play. He’s a physical presence on the ice, and doesn’t shy away from getting into scrums after the whistle. This is a type of edge the Oilers need in their lineup.
But just as importantly, Holloway will have a chance to contribute as a regular in the lineup. He could slide in on the Oilers’ third line and help provide some scoring depth for the team this year. Expectations can be lowered there too as he won’t be needing to play important minutes.
That being said, he projects down the road as the perfect top-six winger to play alongside Connor McDavid or Leon Drasiaitl.
Zach Laing is the Nation Network’s news director and senior columnist. He can be followed on Twitter at @zjlaing, or reached by email at zach@oilersnation.com.
Nation Takes
News
Oilers Talk
Recent articles from Zach Laing