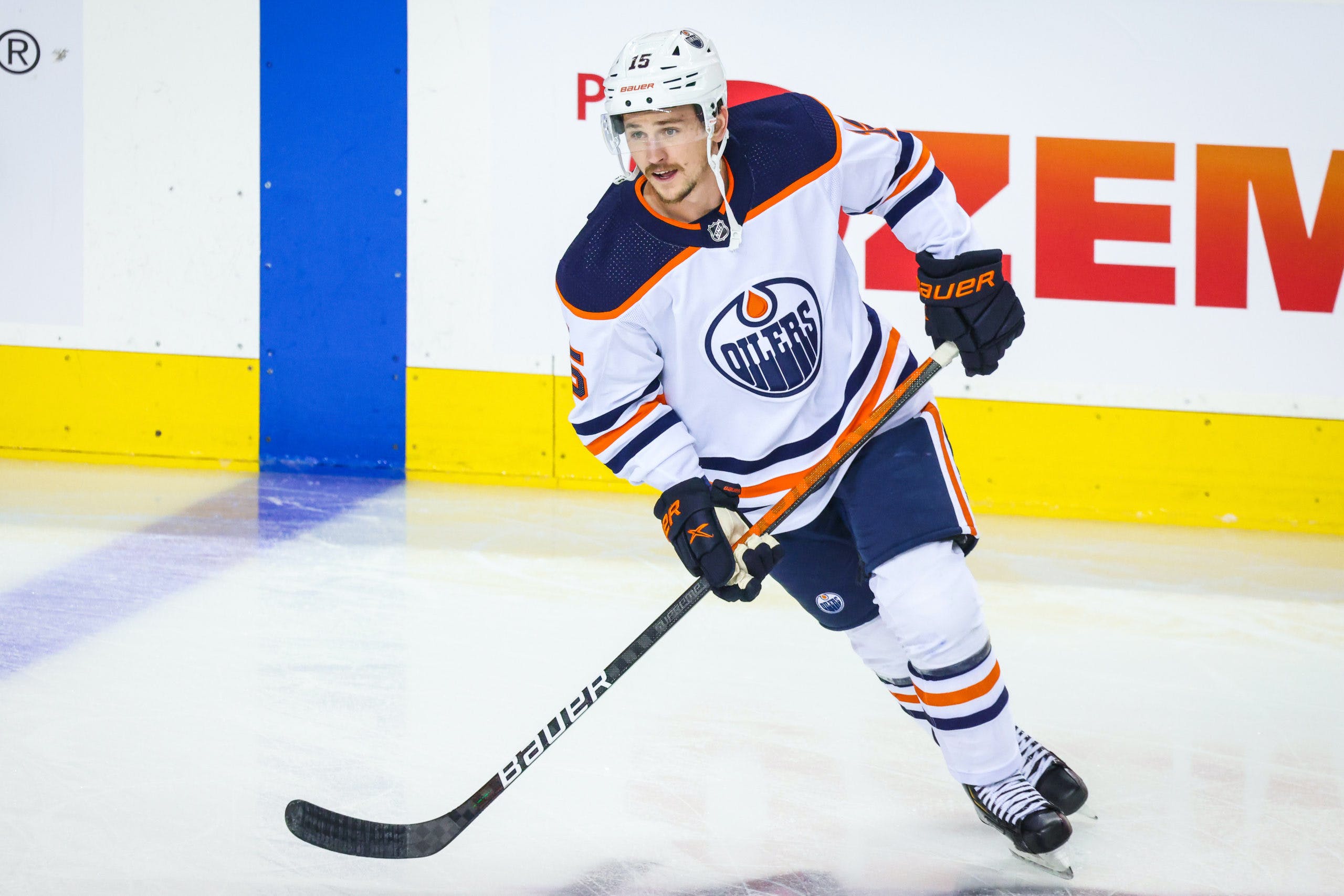 By Zach Laing
3 months ago
Welcome to the 2021-22 season review and 2022-23 season preview player-by-player! In this, and other articles, I’ll be, well, reviewing the Edmonton Oilers 2021-22 season and previewing the 2022-23 season. You can read about the analytics behind my analysis here.
Oh, Josh.
After declining the get the COVID-19 vaccination, Archibald was diagnosed with myocarditis last offseason following an infection of COVID. He missed a large chunk of the season and didn’t play until mid-March.
When he did, he only drew into eight regular season games scoring one assist. He played in 13 playoff games, for some reason, and had quite a bit of struggle. Given his strange season in terms of games played, we’ll look at the analytics for the regular season, and the post-season as well.

I don’t mean to exaggerate too much here, but Josh Archibald had an abysmal season once he drew back into games. The Oilers got dominated in every sense of the term at 5×5 when Archibald was on the ice and that can be seen in the exorbitantly high shot attempt against, scoring chance against, goals against and expected goals against numbers.
His numbers were miles worse than the Oilers’ average. While he was a physical presence on the ice, virtually none of it turned into offence for the Oilers.
His isolated impact charts showed his struggles, too. He contributed offence at an 11 percent rate below league average and defence at a seven percent rate below league average.

While Archibald’s physicality will be missed, the truth is the Oilers are a better team with him now gone. Archibald signed a one-year, $900,000 deal with the Pittsburgh Penguins this offseason.
Zach Laing is the Nation Network’s news director and senior columnist. He can be followed on Twitter at @zjlaing, or reached by email at zach@oilersnation.com.