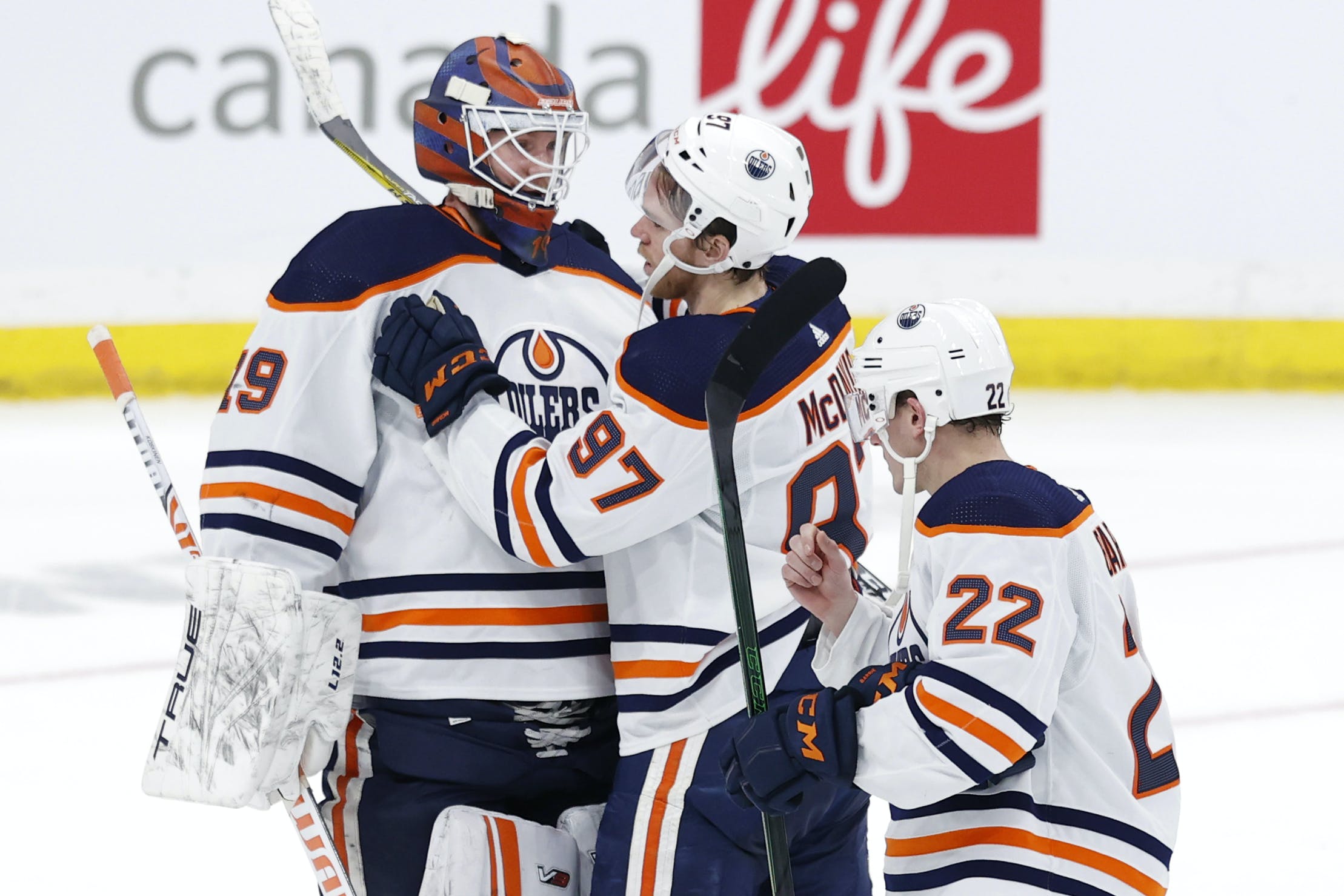 By Zach Laing
3 months ago
Welcome to the 2021-22 season review and 2022-23 season preview player-by-player! In this, and other articles, I’ll be, well, reviewing the Edmonton Oilers 2021-22 season and previewing the 2022-23 season. You can read about the analytics behind my analysis here.
🎶 Oh Mikko
Well you came and you gave without taking
But the Oilers sent you away
Oh Mikko
Well you helped the Oilers and stopped the net from shaking
But we don’t need you today 🎶
Ahem… sorry about that. I don’t know what came over me there.
When Mikko Koskinen signed with the Edmonton Oilers in 2018, the team was in need of help in net and Koskinen had played some very good hockey overseas in the KHL.
He stepped in that first season posting a 25-21-6 record, a .906 save percentage and a 2.93 GAA. Nothing spectacular, but he was solid in net in front of an Oilers team that placed second to last in the Pacific Division.
When the 2019-20 season came around Koskinen’s game was strong. He had a nice run of games early in the year, but around the time the calendar year turned over, cracks started to show. He had a five-game stretch between Dec. 21 and Jan. 11 that saw him post a .867 save percentage, before he missed 20 days due to injury.
But on Jan. 21st, Peter Chiarelli had seen enough: he inked Koskinen to a three-year deal with a $4.5-million cap hit. He was fired the next day.
His final season in Edmonton this year was about what you would expect from Koskinen. He’s an above-average backup, but a bad starter. There were times when Mike Smith would go down due to injury and Koskinen would be forced to step in, but the times where he was able to successfully fill in for longer stints were nearly non-existent.
Still, when he was called upon for short-stretches, or as a backup, there wasn’t much wrong with Mikko. Sure, his glove side was an issue and you’d like to see a few more of those tougher saves be made, but truth be told, he was a decent netminder.
Before the Oilers season ended in the playoffs, news had already slipped out that Koskinen was inking a long-term deal to play in the Swiss League and one has to wonder if he misread the NHL market. While we don’t know the terms on his deal overseas, the NHL goalie market is struggling right now with numerous teams that could’ve used his services.
This rabid market was maybe too hard at times on Mikko.
Zach Laing is the Nation Network’s news director and senior columnist. He can be followed on Twitter at @zjlaing, or reached by email at zach@oilersnation.com.