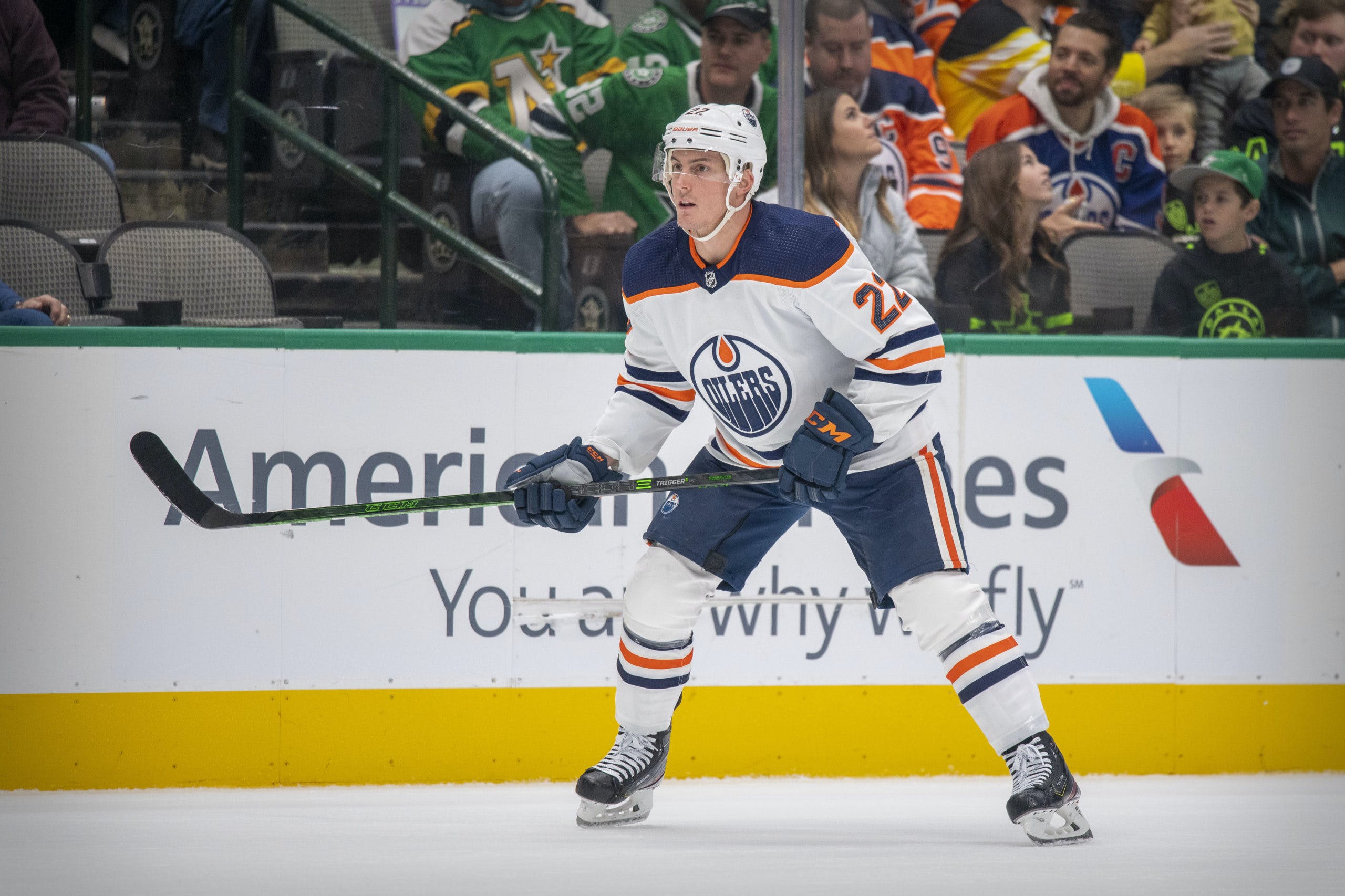 By Zach Laing
4 months ago
Welcome to the 2021-22 season review and 2022-23 season preview player-by-player! In this, and other articles, I’ll be, well, reviewing the Edmonton Oilers 2021-22 season and previewing the 2022-23 season. You can read about the analytics behind my analysis here.
Tyson Barrie‘s time in Edmonton could very well be up, but it’s not on him — it’s his contract.
With two more years left on a deal paying him an AAV of $4.5-million and the emergence of Evan Bouchard, his services on the third pairing are, well… pricy. Barrie had a great season with the Oilers in 2020-21 scoring eight goals and 48 points in 56 games, and his one-year, prove-it deal earned him a new three-year pact.
This past season, Barrie held up his end of the bargain. He quarterbacked the Oilers’ powerplay and in 73 games, put up seven goals and 41 points. He had a rocky start to the year, but when the Oilers brought in Brett Kulak to play alongside him on the third pair, his game really settled down.
It was a great sign to see, and truth be told helped the Oilers mightily in a great playoff run. 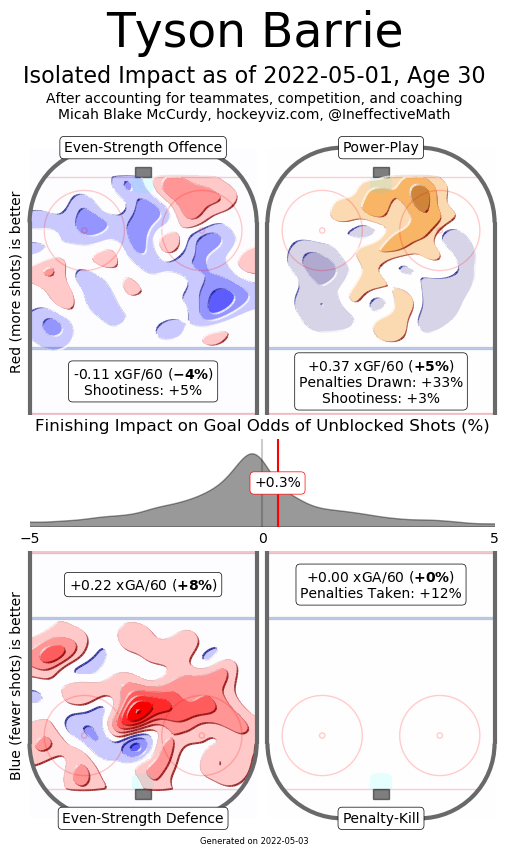 There’s not a ton to like from Barrie’s underlying numbers this season. He scored at a good pace as did the Oilers with him on the ice, but the majority of his analytics fellow below team average.
His PDO of 102 could show why his on-ice goal-scoring rate was a bit stronger, but as a whole there’s not a ton to like, or even dislike for that matter. Sometimes having average numbers is a good thing.
Despite that, his isolated impact charts are… not promising. There’s lot of value in his ability on the powerplay where he provides offence at a five percent rate above league average, but in terms of even-strength play, Barrie is negative in both ends of the ice.
These chart numbers aren’t a major surprise and they are in line with what we’ve seen over the course of his career. At the end of the day, he is what he is: a powerplay specialist who can help move the puck up the ice at 5×5.

It was interesting to see Jason Gregor note in his Monday Musings yesterday that the Oilers might keep Barrie around, should Duncan Keith opt to retire.
I still think moving on from Barrie might be the Oilers’ best course of action, because the team will need to bring back Brett Kulak to play on the left side. Kulak is well-deserving of a Ceci-esque deal.
Barrie is what he is at this point in his career, as I mentioned above, and Evan Bouchard is a guy who is ready to step into the powerplay quarterback role as soon as next year.
I’d be comfortable with Barrie on the third pair, but that’s about it. In terms of a trade, the Oilers would likely be able to get draft picks back. Would a team like Seattle, who has four second-round picks, be willing to give up one?
Zach Laing is the Nation Network’s news director and senior columnist. He can be followed on Twitter at @zjlaing, or reached by email at zach@oilersnation.com.