Oilers Prospect Report: Bourgault and Munzenberger are heading to Edmonton 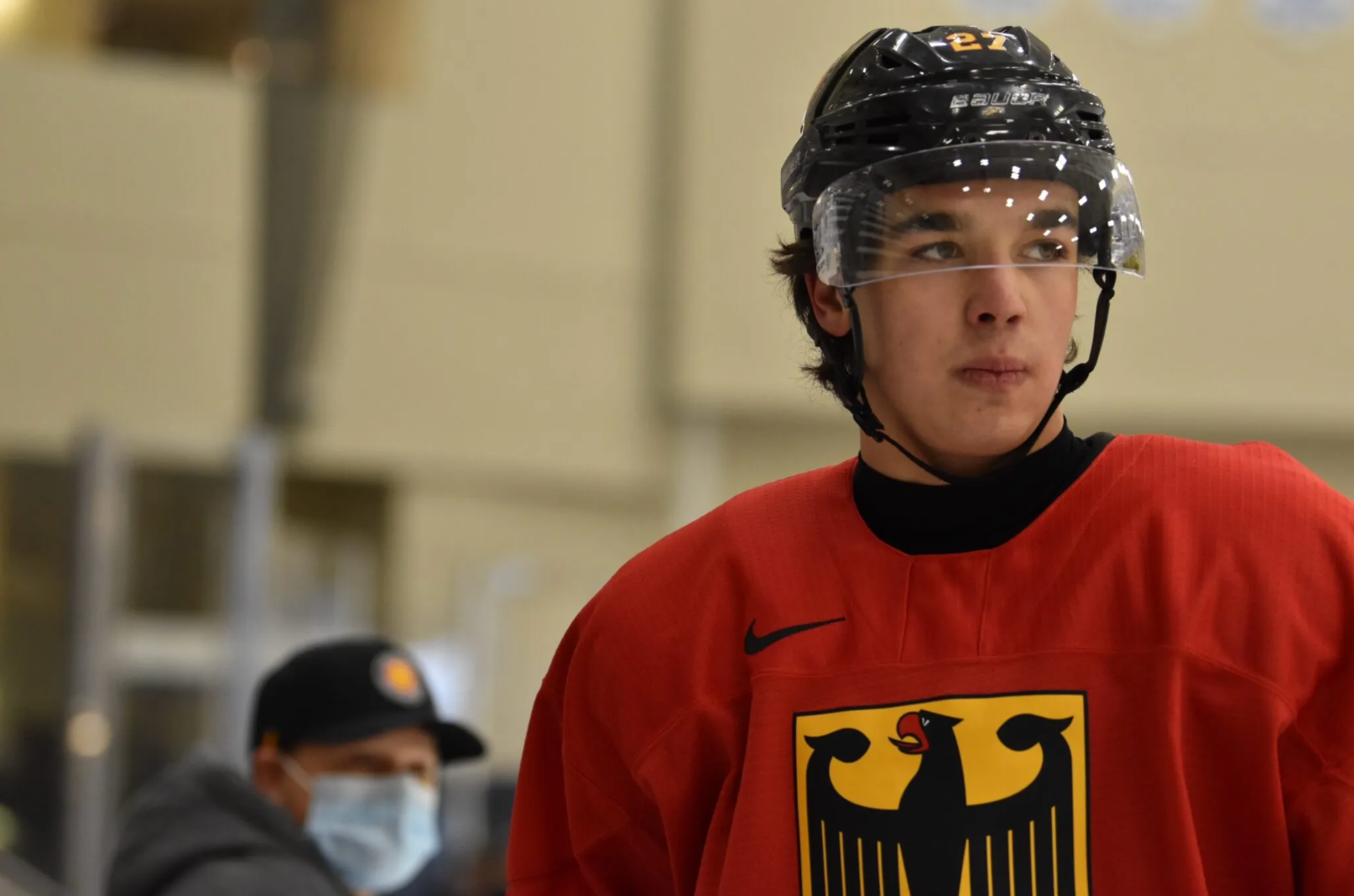 By Liam Horrobin
1 year ago
Since the Prospect Report came on Sunday, there hasn’t been much else to report on in the Oilers prospect world. A couple of guys were selected to play for their national teams, and one prospect has been shining in Bakersfield.
Those are the main topics for today so let’s begin:

Edmonton Oilers fans will get a good look at two of their prospects at the upcoming World Junior Championships. Xavier Bourgault will represent Team Canada, while Luca Munzenberger was named to Team Germany’s final roster.
Bourgault was selected 22nd overall by the Oilers in last years draft. He’s been having an unbelievable season in the QMJHL and is very much deserving of his call up to Canada. In 24 games for the Shawinigan Cataractes, Bourgault leads them with 22 goals and 42 points.
As for Munzenberger, he’s known more for his defensive play than his offensive abilities. Munzenberger is currently playing the NCAA with the University of Vermont and has two assists in 15 games.
A couple of prospects missing out on the World Juniors are the University of Denver forward Carter Savoie and North Bay Battalion forward Matvey Petrov. Petrov is a big surprise from Team Russia. Every week we talk about his dominance in the OHL. I guess Team Russia couldn’t see the value in him having 44 points in 27 games as a rookie.

Ilya Konovalov had a tough start to his time in North America.
He finished October with a 3.5 GAA and a 0.852SV% and followed that up with a mixed November. His goals-against average improved, lowering to a 2.50 GAA in four games, but a bad start against Ontario lowered his save percentage to a disastrous 0.780.
That night against the Reign, Konovalov allowed two goals in 25 minutes on only five shots. If you take that game away, there were signs of growth. He finished with two starts over a 0.920 save percentage and allowed only three goals combined in those games.
December is where it has started to look like he’s piecing things together. In three games, the former third-rounder has a 1.33 GAA and a 0.913 SV%. These are very encouraging signs.
If he can continue to perform at this level there’s a good chance he can compete for a roster spot with the Oilers next season.
Nation Takes
Oilers Talk
Recent articles from Liam Horrobin