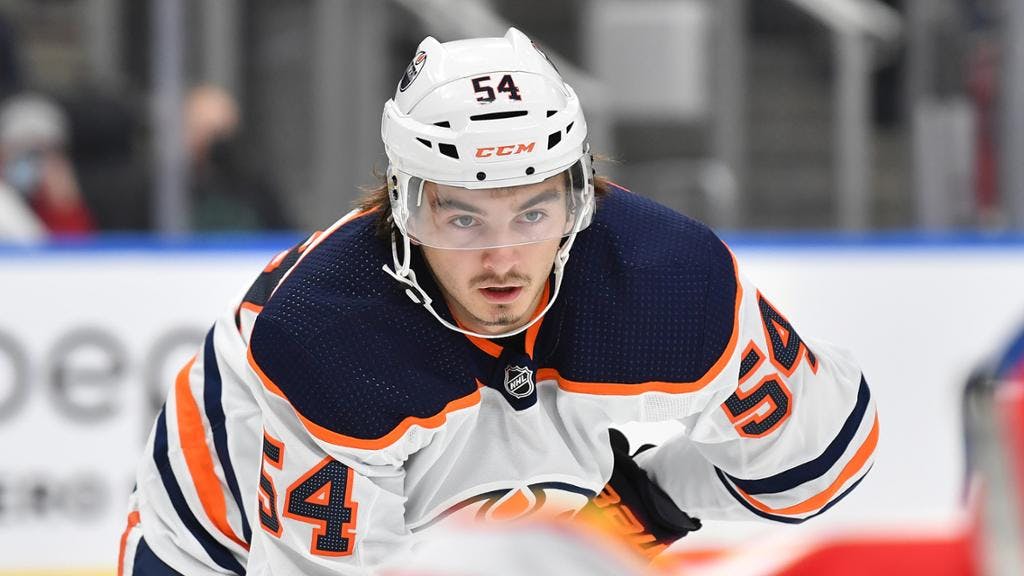 By Liam Horrobin
9 months ago
Well, it finally happened.
Ken Holland pulled the plug on Dave Tippett’s coaching status with the Edmonton Oilers and replaced him with Jay Woodcroft, the Head Coach of the Bakersfield Condors. Woodcroft is someone many Oilers fans believe in, and rightfully so.
Eight members of the current Oilers team have played under Woodcroft in Bakersfield, and all had success with him on the bench.
The question is now, can Woodcroft bring that same spark to the Oilers dressing and get the team moving in the right direction.
Now that’s out of the way, let’s dive into the Oilers Prospect World:

Carter Savoie has had a dry spell as of late, with only two goals in his last ten games before this weekend. However, it’s looking like he might’ve found his rhythm again after scoring a hat-trick against their NCDC rivals St. Cloud State. His goals came at crucial moments for the Pioneers too. After finding themselves down 3-0 after one, Savoie scored twice within the first five minutes of the second period to pull them back. The hat trick goal came at another crucial time, tying the game up at 4-4. Denver then went on to win the game 8-5. Savoie now has 16 goals with 33 points in 24 games. He’s 13th in goals in the NCAA and tied with 2021 2nd overall pick Matty Beniers.

Petrov Gets “Back” In Form

For a while, we’d talk about Matvey Petrov’s multi-point game week after week. However, he slowed down a little lately but was still producing with a point each game. Last weekend, Petrov regained that form with two multi-point nights. In three games, the Oilers 6th rounder scored four goals and six points to take his tally to 62 points on the season. He had a three-point night in North Bay’s 5-2 win over Soo, in which he scored the game-winner. Petrov followed that up with two more goals against Soo, including the overtime winner. Petrov is now 6th in league scoring.

Bourgault Returns To The Lineup

After the excitement of having Xavier Bourgault crack the Team Canada World Juniors rosters, the Oilers first rounder left game one with an injury and hasn’t played since then. That was until last Friday. Bourgault returned to the Shawinigan Cataractes lineup to face the Rouyn-Noranda Huskies. He immediately grabbed a secondary assist on the first goal of the game and finished +1 on the night. It shouldn’t be long before Bourgault finds his mojo, again.
Nation Takes
Oilers Talk
Recent articles from Liam Horrobin