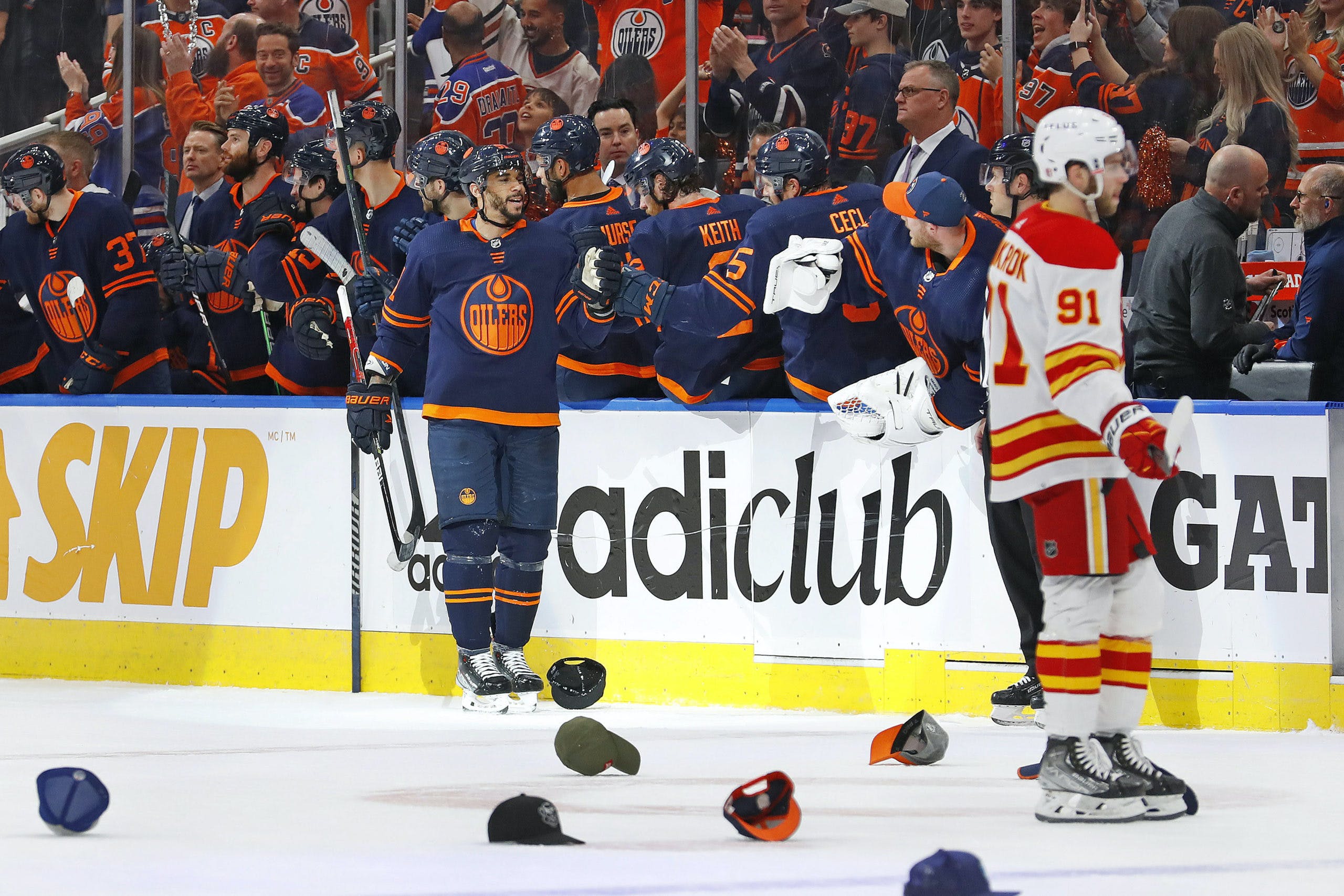 By Zach Laing
6 months ago
Evander Kane is back.
He took to Twitter Tuesday night moments before the clock struck midnight to announce he re-signed with the Edmonton Oilers.
The four-year deal will carry an AAV of $5.125-million and will keep him in Edmonton as the team looks to contend for a Stanley Cup.
“A big part of my decision to stay in Edmonton was because of the opportunity given to me only 7 months ago, but also the chance to be apart of a championship team,” Kane wrote. “I want to win, and I believe after signing this deal we will be able to add the right pieces along with myself to accomplish that goal, a championship.
“See you in the fall.”
In recent days reports surfaced that Kane could be seeking a deal that would pay him upwards of $40-$50-million in total compensation. On Monday, the Oilers, meanwhile, allowed Kane and his agent, Dan Milstein, to speak with other teams ahead of free agency opening Wednesday.
Edmonton remained steadfast in their desire to not lock Kane up to a long-term deal and have finalized a team-friendly deal for the player that quickly became an important member of the team.
Kane’s contract is heavily-laden with signing bonus’ early in the deal, Puckpedia reported Tuesday night. Here, according to them, is how the deal breaks down:
Year one – $750,000 salary + $5.5-million signing bonus
Year two – $1.5-million salary + $4-million signing bonus
Year three – $2.75-million salary + $2-million signing bonus
Year four – $4-million salary
Kane has a no-move clause through Feb. 28, 2025 — just before the trade deadline in the third year of his contract. At that time, Kane will submit a 16-team trade list. The deal is structured in a way that protects the Oilers, too. Should worse come to worse towards the latter part of the contract, the Oilers could out the final two years of his deal at an annual cost of $1.25-million, or the last year for an annual cost of $1.33-million.
But that’s not what anyone is focused on.
Now, the sights shift towards winning a cup in Edmonton as quickly as possible. Kane joined the Oilers in late January of this year on a pro-rated, one-year deal. He had his contract terminated from San Jose Sharks over a breach of his contract. A grievance over the termination is waiting to be heard by an arbitrator.
Kane didn’t settle right in and bounced between linemates before ultimately finding a home alongside Connor McDavid and Jesse Puljujarvi. By the end of the season, Kane had appeared in 43 games for the Oilers scoring 22 goals and 39 points. Come the playoffs, his game elevated to another level. In 15 playoff games, he scored 13 goals and 17 points as the Oilers went on a deep run into the Western Conference Finals.
All in all, this is a fine piece of work by Ken Holland and co. As mentioned above, they stood their ground in the term of the contract, and have brought the dollar value down to a friendly amount. On top of it all, the contract too is structured to a team-friendly manor.
Let’s see what he can do in year two with the Oilers.
Zach Laing is the Nation Network’s news director and senior columnist. He can be followed on Twitter at @zjlaing, or reached by email at zach@oilersnation.com.