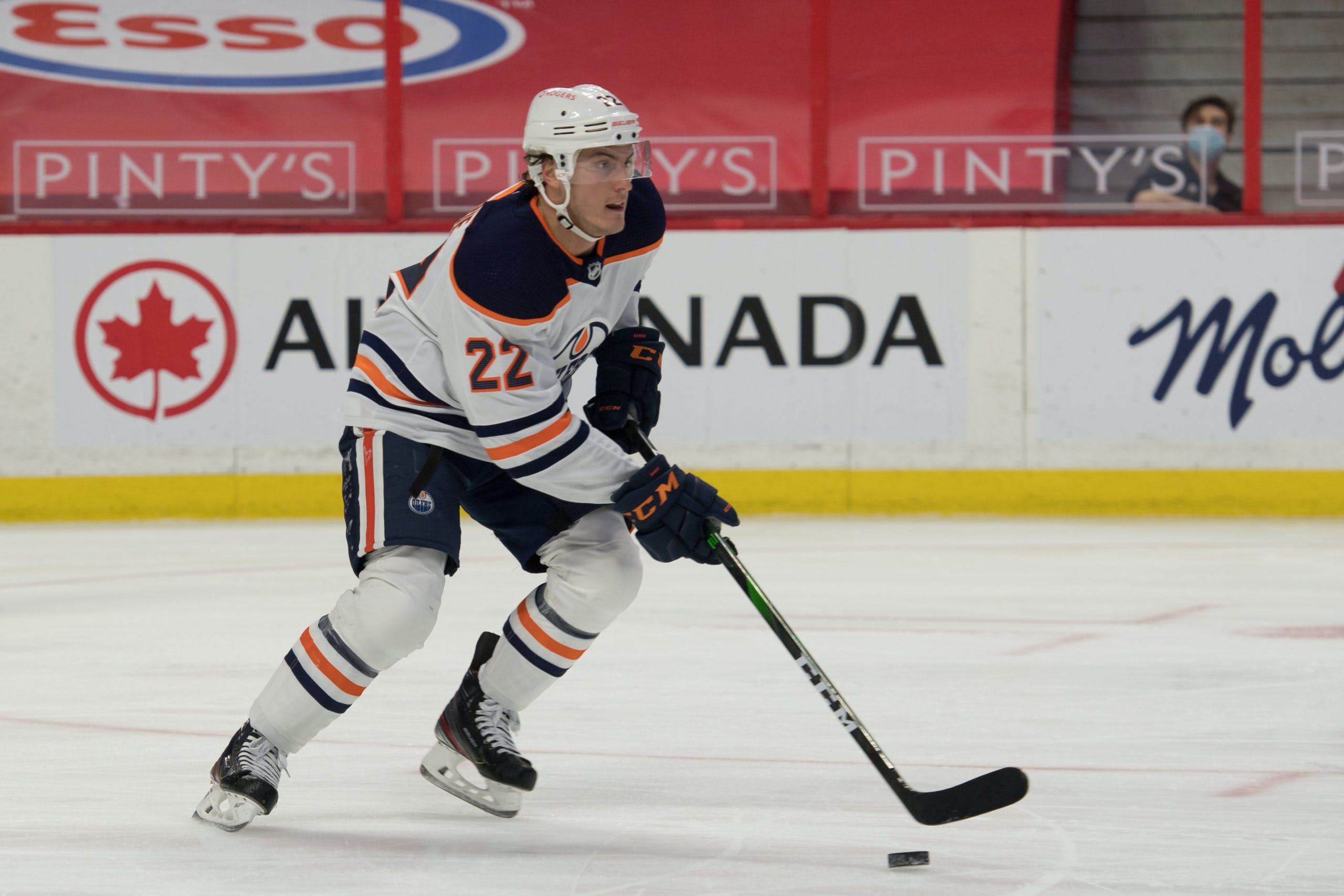 By Zach Laing
1 year ago
The Edmonton Oilers have signed defenceman Tyson Barrie to a three-year contract extension with an AAV of $4.5-million.
The deal, finalized Wednesday morning, kept the defenceman from hitting the free-agent market and was first reported by TSN’s Ryan Rishaug.
Barrie scored 48 points last year leading all defencemen in scoring all the while not getting a single Norris trophy vote becoming the first defenceman in the awards’ 67-year history to do so. He’s been known much more for his offensive play than his prowess in the defensive zone, and has been a great powerplay quarterback for the last decade.
Last year Barrie joined the team on a one-year “prove-it” style contract, and now, he’s got himself locked up for three years.

As I wrote about last night, there are some concerns I have with the team bringing back Barrie for the length they have. It largely stems from the Oilers usage of Barrie, who had been saddled to Connor McDavid throughout the 2020-21 campaign. The results, well, they weren’t great.
His most common forward linemate last year was McDavid, and when the two were on the ice together at 5×5, the Oilers controlled 55.07 percent of the goal share and 51.03 percent of the expected goal share. Not bad at all.
But when McDavid was on the ice without Barrie, the Oilers controlled 60.47 percent of the goals and 64.85 percent of the expected goals — a significant difference.
Arguably the most significant part is that McDavid’s goals against rate drop from 3.34 GA/60 with Barrie on the ice, to 2.68 GA/60 without Barrie on the ice all the while scoring the same amount of goals.
Barrie’s defensive struggles are nothing new and as I wrote about last year, are a definite cause for concern. He and his defensive partner Darnell Nurse play a chaotic, high-event style of hockey on the ice and while they did control 58.33 percent of the goals scored last year, their expected goals percentage sat much lower at 48.4 percent. Couple that with a very inflated 103.2 PDO, and you’ve got a pairing that’s set to take a step back next year.
Yes, the Oilers aren’t bringing back Barrie to replace the lost Adam Larsson, but his return isn’t going to help the fact the Oilers allowed the 21st most 5×5 goals against last year. On top of it all, I worry about Barrie potentially stunting the growth of Evan Bouchard, who is expected to take on an everyday role with the team. That, however, is a piece to dive into another day.
All in all, Barrie fit in well in the Oilers locker room and gelled with the team. He would’ve been highly sought after in free agency, and it’s not unreasonable to assume that he could’ve garnered more money, and term, if he chose to dive into free agency.
Alas, Tyson Barrie is an Edmonton Oiler for the next three years.
Zach Laing is the Nation Network’s news director and senior columnist. He can be followed on Twitter at @zjlaing, or reached by email at zach@oilersnation.com.
Nation Takes
News
Oilers Talk
Recent articles from Zach Laing