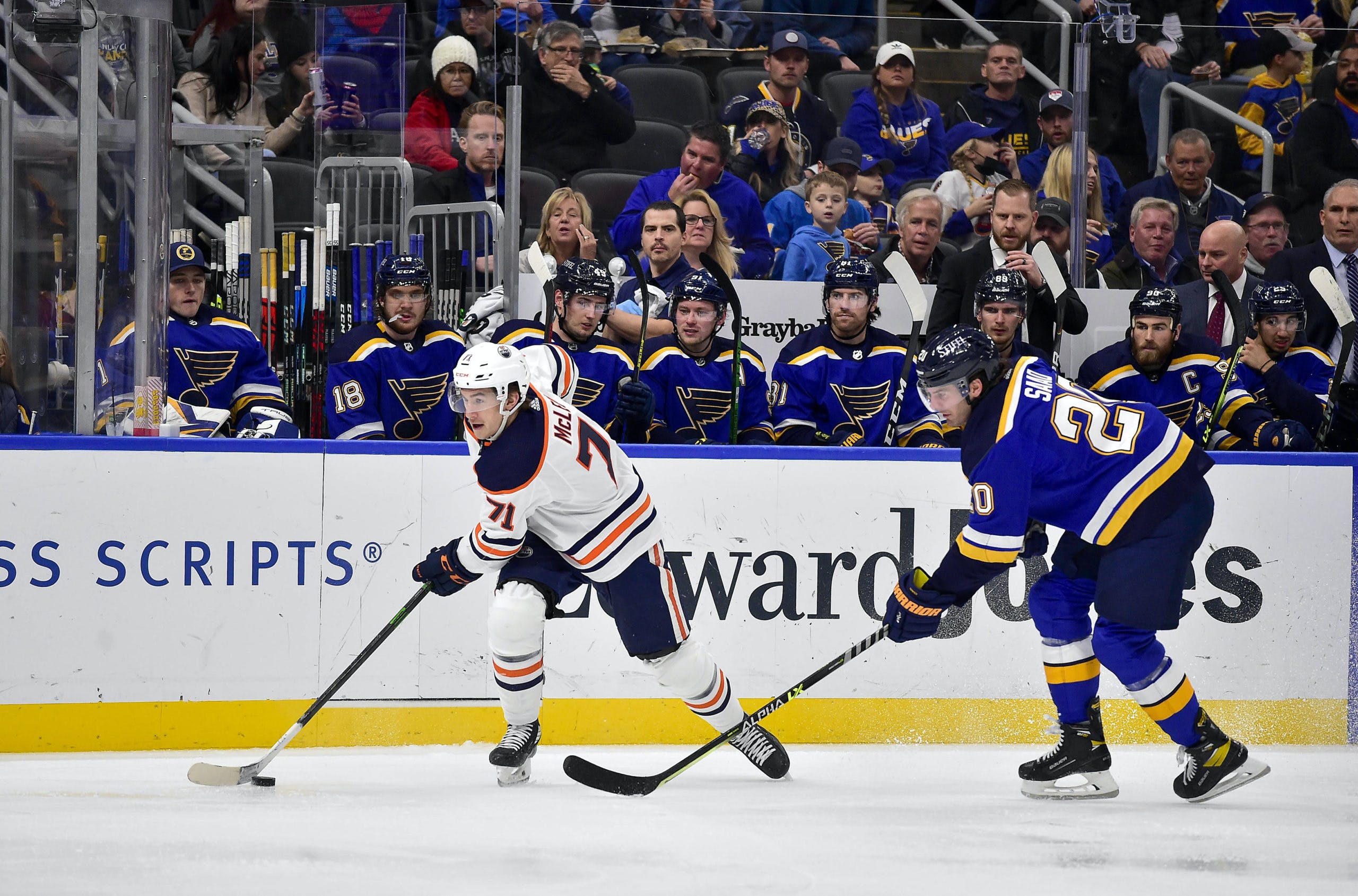 By Zach Laing
1 year ago
There are few bigger moments for professional hockey players than their first goal in the big leagues.
And last night, Edmonton Oilers rookie Ryan McLeod got his first NHL goal. Here’s what he and some other members of the Oilers had to say about it.
Ryan McLeod: “Yeah it was a pretty surreal moment. Puck was going to the net and I was coming down the middle, it popped out, I took a backhander and all the guys put their arms in the air. I couldn’t even see it go in. It just puts into perspective how much hard work has paid off. It’s a really cool moment and I want to keep building on it. It was really nice we could get the win.”
Connor McDavid: “It’s exciting, our bench was excited for him. He’s a guy who has come in, works hard and doesn’t get a ton of opportunity offensively in terms of the powerplay and whatnot. For him to score a goal, it was massive. He’s a great kid. He always brings energy. He skates the puck through the middle, he skates well, he’s hard on draws, he defends well. He does everything we’ve asked him to do, so it was nice to see him get rewarded.”
Kailer Yamamoto: “I’m very excited. I think that was the most hyped I’ve seen our bench in a while. To see him get his first is pretty awesome.”
Dave Tippett: “He’s a great kid, he works hard and he’s trying to find his way in the league. To get that first one under the belt is huge, it was a big one for us. I’m happy for him. Our players like him a lot and were happy to see him get his first one. He’s just a good guy. He’s one of those guys who is always smiling, always upbeat. He endears himself to his teammates, they’re very happy for him.”
Zach Laing is the Nation Network’s news director and senior columnist. He can be followed on Twitter at @zjlaing, or reached by email at zach@oilersnation.com.
News
Oilers Talk
Recent articles from Zach Laing