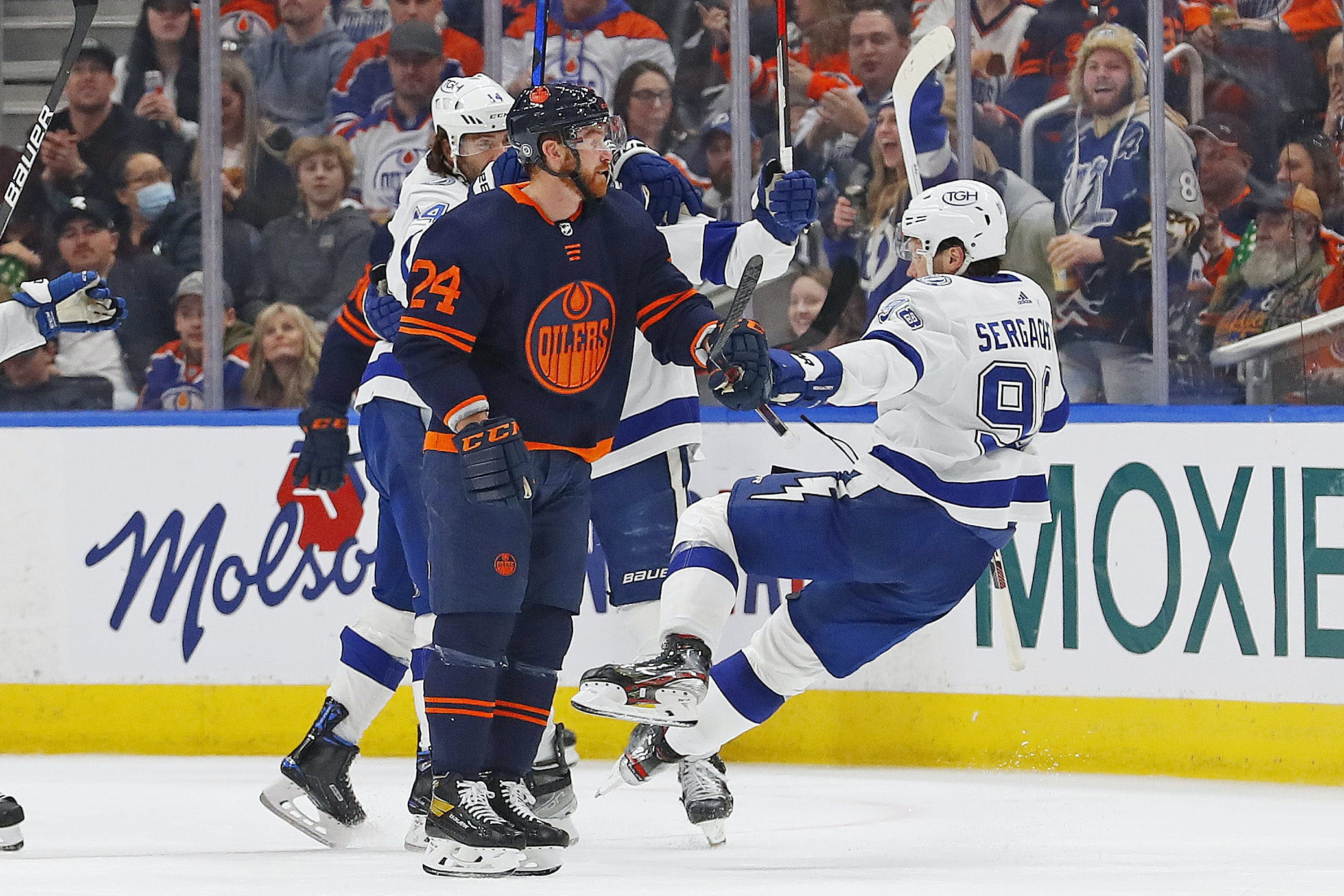 By Zach Laing
10 months ago
The Edmonton Oilers have recalled Brad Malone from the Bakersfield Condors.
Malone will join the Oilers in Colorado where he will likely draw into the lineup. With Josh Archibald temporarily suspended due to his vaccination status.
Archibald is unvaccinated and unable to travel to the United States for games.
Malone, meanwhile, has appeared in six games with the big club this year scoring one goal and two points. He looked strong in a bottom-six role for the Oilers in the games he’s played.
“I think I’m still trying to be a good soldier, to be honest. just with the role I’m in and the situation’s that I’m in, I’ll just go back to it: work and detail,” said Malone after he had a one goal, one assist game March 9 against the Capitals.. “I’m just trying to put my best foot forward and put the team first. It’s just work and attitude, I guess. you can describe it as a soldier, but that’s just the role I’m in, and really, I relish it. I enjoy it. It has been a lot of fun.”
The Oilers had loaned Malone to the Condors just days ago.
Zach Laing is the Nation Network’s news director and senior columnist. He can be followed on Twitter at @zjlaing, or reached by email at zach@oilersnation.com.
Nation Takes
News
Oilers Talk
Recent articles from Zach Laing