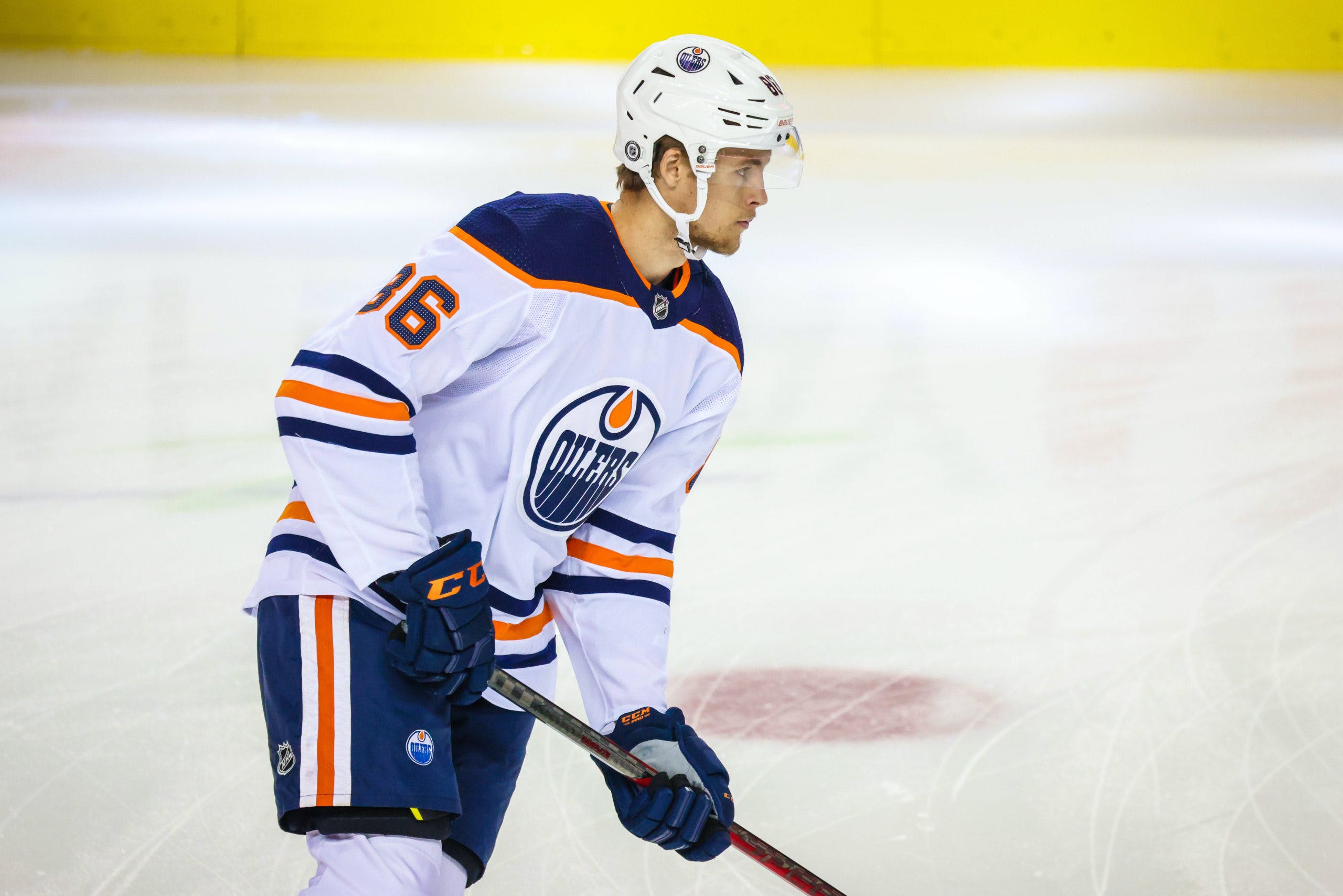 By Zach Laing
2 months ago
Philip Broberg is on his way up.
The Edmonton Oilers announced the defenceman was recalled from the AHL’s Bakersfield Condors, while Markus Niemelainen was loaned to the American League club.
Broberg had a rocky start to his 2022-23 season. He came into training camp with some added muscle on his frame, but he didn’t seem to yet know how to play with it. He struggled mightily and the Oilers made the choice to send him to the AHL. The only problem? Broberg got injured in short order.
He returned to the lineup on Nov. 11, and has appeared in seven AHL games. Broberg had a two-goal performance against the Colorado Eagles on Nov. 15, and had assists in the following two games.
Niemelainen, meanwhile, had beaten out Broberg for the job. He’s drawn in for 15 games this season chipping in no points. Despite that, his numbers at 5×5 haven’t been terrible. He’s laid 19.11 hits per hour, first on the team, and his 4.09 shots blocked per hour ranked 5th.
While the Oilers allowed just 1.82 goals against per hour at 5×5 with him on the ice, the expected goals against per hour share was a lot higher at 3.23. Shots attempts, shot rates and scoring chance rates against were all poor, however.
The plan all along was for Broberg to be with the big club this season, and now, he’s going to get a chance to prove what he can do.
Zach Laing is the Nation Network’s news director and senior columnist. He can be followed on Twitter at @zjlaing, or reached by email at zach@oilersnation.com.
Featured
Nation Takes
Oilers Talk
Recent articles from Zach Laing