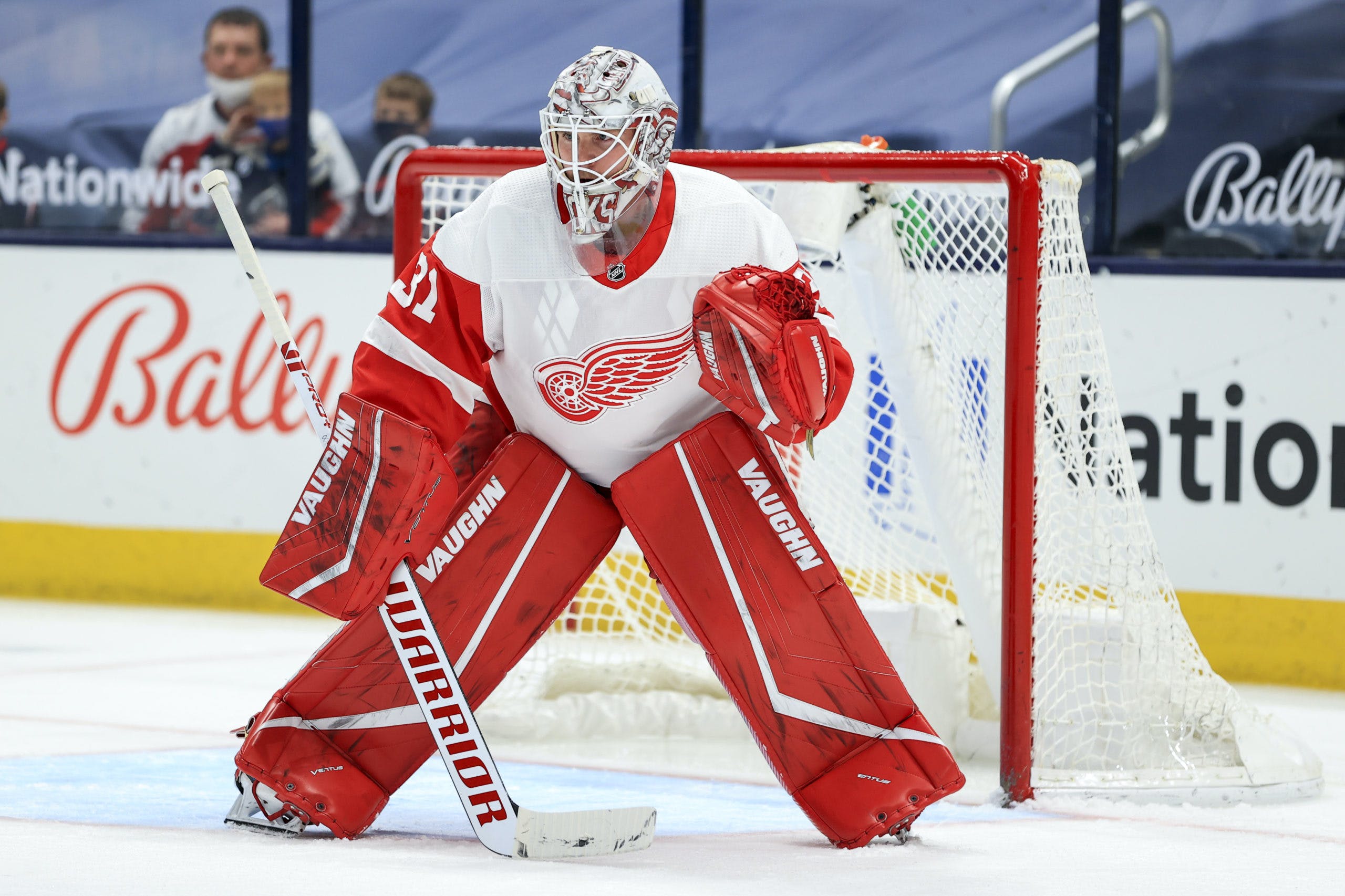 By Zach Laing
4 months ago
The Edmonton Oilers have signed goaltender Calvin Pickard to be the organization’s third goaltender.
The news was first reported by Daily Faceoff’s Frank Seravalli.
According to the Oilers, he will earn an AAV of $762,500 on a two-year deal.
Pickard, 30, was drafted by the Colorado Avalanche in the 2nd round of the 2010 draft and has bounced between a number of teams. Throughout his career, he’s split time between the NHL and AHL.
He’s played in the Detroit Red Wings organization since 2019-20, once again splitting his time. This past season he appeared in 43 games with the AHL’s Grand Rapids Griffins posting a 21-16-6 record, .918 save percentage and a 2.58 GAA.
I’m a big fan of this deal in terms of an insurance move. He’s a high-quality minor leaguer who can fill in the NHL backup role in a pinch.
The Oilers were expected to address some organizational goaltending, so this one makes a bunch of sense. A good, veteran goalie will help Olivier Rodrigue in Bakersfield next year with Stuart Skinner graduating to the Edmonton Oilers.
Zach Laing is the Nation Network’s news director and senior columnist. He can be followed on Twitter at @zjlaing, or reached by email at zach@oilersnation.com.