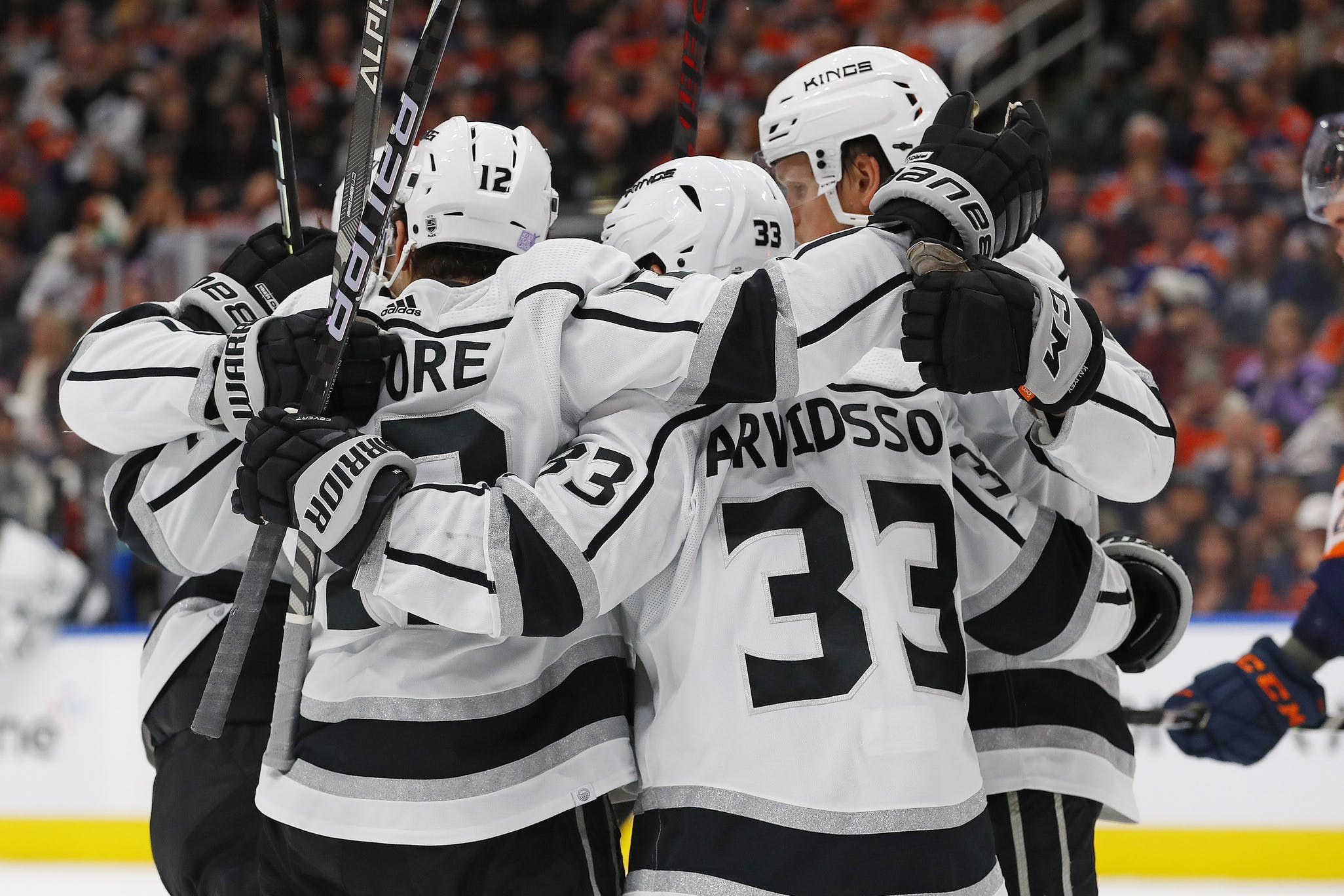 By Robin Brownlee
21 days ago
On a night when referees Furman South and Marc Joannette called the game like fans at Crypto.com Arena had come to watch them work, the Edmonton Oilers needed better results from their special teams than they got in a 6-3 loss to the Los Angeles Kings.
That’s not to put the loss on South and Joannette, but in what became a game of special teams, there was nothing special about the Oilers. In the opening game of a pivotal four-game road swing against one of the teams they’re trying to catch, Jay Woodcroft’s usually prolific power play didn’t get even a sniff in six tries while his inept penalty killers coughed up four goals on seven chances.
That four-goal swing on special teams didn’t leave the Oiler faithful with much to cheer about aside from maybe Jesse Puljujarvi dropping the gloves with Phillip Danault after a big hit on Viktor Arvidsson, Zach Hyman throwing down with Sean Durzi on a face-off and Klim Kostin having a spirited go with Brendan Lemieux.
There aren’t any points in the standings for that, but I suppose it was better than a collective shoulder shrug before the Oilers got on the bus for an hour-long ride down I-5 to Anaheim, where they will face the Ducks Wednesday clinging to eighth place in the Western Conference having lost four of their last five games. 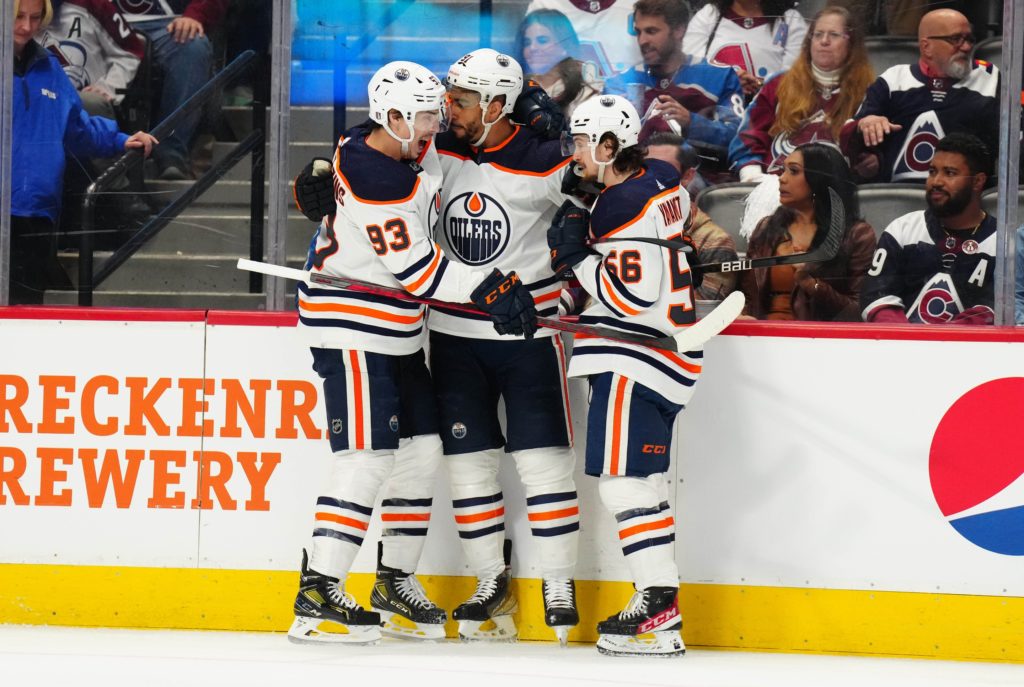 May 31, 2022; Denver, Colorado, USA; Edmonton Oilers left wing Evander Kane (91) celebrates his first period goal with right wing Kailer Yamamoto (56) and center Ryan Nugent-Hopkins (93) against the Colorado Avalanche in game one of the Western Conference Final of the 2022 Stanley Cup Playoffs at Ball Arena. Mandatory Credit: Ron Chenoy-USA TODAY Sports
The only good news about the Oilers right now is that a return to action by Evander Kane after surgery to repair his left wrist seems to be moving ahead by the day, if speculation means anything. The bad news is the Oilers are slipping out of the post-season picture just as quickly. At 21-18-3 for 45 points, it’ll take more than Kane to change that.
“I didn’t think we were sharp enough,” Woodcroft told reporters. “I thought we had some very good looks and we weren’t sharp enough on some of our offensive opportunities. That’s going to happen some nights. Our power play has operated at the level it has this season. That’s going to happen.
“How about the penalty kill, step up and take care of the other team’s power play? If that would have happened, I think we wouldn’t be talking about our lack of production. The penalty kill, I believe, has taken a step here over time, but tonight we got touched up. It’s the way it goes, but it was the difference in the game.”
Stuart Skinner got the mercy hook after the Kings made it 3-1 on a powerplay breakaway by Adrian Kempe. He returned to Edmonton this morning to be with his wife for the birth of his first child. Jack Campbell, who’ll be backed up by Calvin Pickard the next two games, came on in relief and made what looked like a great glove save on Kempe. No cigar. Replays showed his glove crossed the goal line. Just like that it was 4-1. Thanks for coming.
“I thought Jack Campbell played excellent,” Woodcroft said. “The score sheet will say he let two goals in, but he made a huge save on that one that was overturned and called the goal in the penalty box there. But he made a big save. I thought he gave us a chance to win, and he should feel real good about where his personal game is at because he’s really taking a step here post-Christmas.”

There is nothing to be gained by Woodcroft laying the smackdown on his players publicly, so I understand the post-game positive spin about Campbell and the willingness of Hyman, Puljujarvi and Kostin to mix it up. And there is no need to jump all over a power play that has been terrific after an obviously bad performance.
That said, correct me if I’m out to lunch here, but I’m not seeing a team that looks emotionally involved and ready to roll on a consistent basis. I don’t know that to be true because I can’t read minds, but my eyeballs tell me that’s the case. I’m not seeing a team that is close to good enough to push the pace and contend even with the return of Kane. What I am seeing is opportunity slipping away and time running out.
Editorials
Featured
Oilers Talk
Recent articles from Robin Brownlee