Oilers to Host Heritage Classic in 2023 By Jason Gregor
1 month ago
On November 22nd, 2003, the Edmonton Oilers hosted the inaugural Heritage Classic — the first outdoor game in NHL history. And I’m hearing that 20 years later the Oilers will once again be hosts of the Heritage Classic.
The game is scheduled to be played in October 2023. The date hasn’t been finalized and neither has the opponent. But it should be the Calgary Flames. I expect it will be. The plan is to have an alumni game as well, similar to what they did in 2003. But expect a younger wave of alumni to lace up their skates than the ones you watched 20 years ago — players like Ryan Smyth, Doug Weight, Jason Smith, and Dwayne Roloson for the Oilers, and you could see the likes of Jarome Iginla, Robyn Regehr, Craig Conroy and others in red and yellow.
The Oilers organization set the standard for outdoor games in 2003, but its initial plan wasn’t to have an NHL game.
It was an idea that grew during many conversations.
“We were looking for a way to celebrate our 25-year anniversary of being in the NHL,” said Patrick Laforge this morning via the phone. Laforge was the President of the Oilers in 2003 and was heavily involved in the planning. “We were looking for a knock-it-out-of-the-park idea. I had seen some activity around the Leafs when I lived in Toronto and one day there was an outdoor rink on Bathurst Street that had refrigerated ice and Wendel Clark led a bunch of Leafs out there to skate. There was no media coverage, but fans converged and there was a huge turnout.”
“Then Cal Nichols, Allan Watt, and myself attended the 2001 All-star game in LA. And it was amazingly bad. It didn’t sell any hockey. We were disappointed on the plane ride home and that’s when we started thinking of other ideas. We started thinking about big ideas and I mentioned the Toronto practice. That got the ball rolling. We started planning in 2001, and until we googled outdoor hockey, we didn’t know about the upcoming Michigan game. But I read about it, and we watched it. It was a success.
“Originally, we were thinking it would only be an alumni game. We were thinking about outdoor areas like Hawrelak park and other places, but the engineers said if you had too many fans converge on the outdoor lakes it wouldn’t work. Then we thought about Commonwealth, and we spoke to Wayne Gretzky and he loved the idea. We mentioned it to Gary Bettman and there was no push back. They thought it was a good idea, but as it got developed into being an NHL regular season game there was resistance.”
The NHLPA and league were entering negotiations for a new CBA and the relationship wasn’t great, which led to the 2004 lockout. Laforge and the Oilers were able to get both the NHLPA and the NHL on board, but there were challenges.
“Scheduling was one. The Elks had a hold on the stadium for the Western Final, so that limited anything early in November,” said Laforge. “Then we had to quietly go to the NHL and ask for a home game v. Montreal in November between the 18th-22nd. We spoke to the Montreal alumni, and they were on board to come, and even if we hadn’t done the outdoor game the Canadiens were going to play at Rexall Place.
“My distant cousin, Pierre Boivin, was the President of the Canadiens, and I told him about our plan to celebrate our 25th year. He was excited when I mentioned the alumni coming, but then he called me back five minutes later to confirm it would be a regular season game for two points (laughs). He said, ‘Are you crazy?’ (laughs), but he and Bob Gainey really liked the idea and none of us could think of why we shouldn’t do it.
“The only people a bit upset were the Flames. They thought they should have been a part of it. And I understood that, but we told them we were looking for National coverage. You couldn’t do better than the Canadiens due to their history,” explained Laforge.
An idea that began in 2001 came to fruition over two years later when the Oilers and Canadiens, and their alumni teams, played two games on a frigid November day. I was lucky enough to be in the stands for the games. I wore insulated coveralls, long underwear, a balaclava, neck warmer, and huge mitts. I was lucky that I was accredited and was able to warm up in the media lounge between games. It was such a cool experience to see the football field transformed into a hockey arena. I think what made it so great was how anyone in attendance could relate to playing outdoors. I loved playing on the outdoor rink as a young boy, and I still love it today when I get to skate outside. It is hard to explain why it feels so good, but it does. I coach U11, and we have scheduled outdoor practices in January, February, and March. I did it last year and the kids loved it. The sounds of the puck against the boards, and your skates on the ice, are just different outdoors than inside. 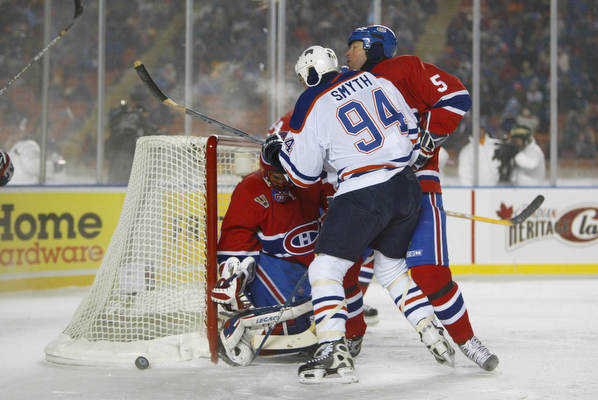 I still remember some pundits from Toronto, specifically, Bob McGown, ripping the idea of the Heritage Classic. I understand people don’t like change, but I also think part of it was jealousy from the East that they didn’t think of it first. Because after the game was played everyone applauded the Heritage Classic and it has grown into a massive event for the NHL.
Calgary hosted the Heritage Classic in 2011, Vancouver had it in 2014, Winnipeg in 2016 and Calgary and Winnipeg played in Regina in 2019 and Toronto hosted Buffalo in Hamilton last March.
The Heritage Classic expanded to the USA and was named the Stadium Series. There have been 12 Stadium Series outdoor games since 2014 and Washington and Carolina will play the 13th on February 18th, 2023. It is a fun weekend for the teams playing in the game, their families, and their fans.
The Oilers can play the game in October now, instead of November, because the ice systems are much more advanced than what they had in 2003. Hopefully, it won’t be -25 again, and fans won’t have to bundle up as much, but if it is cold, fans will still enjoy themselves.
It is fitting that 20 years after the Oilers hosted the inaugural Heritage Classic, they will once again play host. Outside of an alumni game, I’m told the organization is planning other activities and events to make it even bigger and better than 2003. It will be a fun filled weekend.
“I think now would be the perfect time for a Battle of Alberta,” said Laforge.
I agree. Calgary should be the opponent.

Thanks to Murray and Zee for their bids on the Mr. Derks package. Mr.Derks was so happy the high bids they offered up two packages. Awesome. And thanks to Nick for his great bid on the Ranch golf package.
Day Four: Package #1: Catered 5-course meal with Jason Strudwick and Jason Gregor. 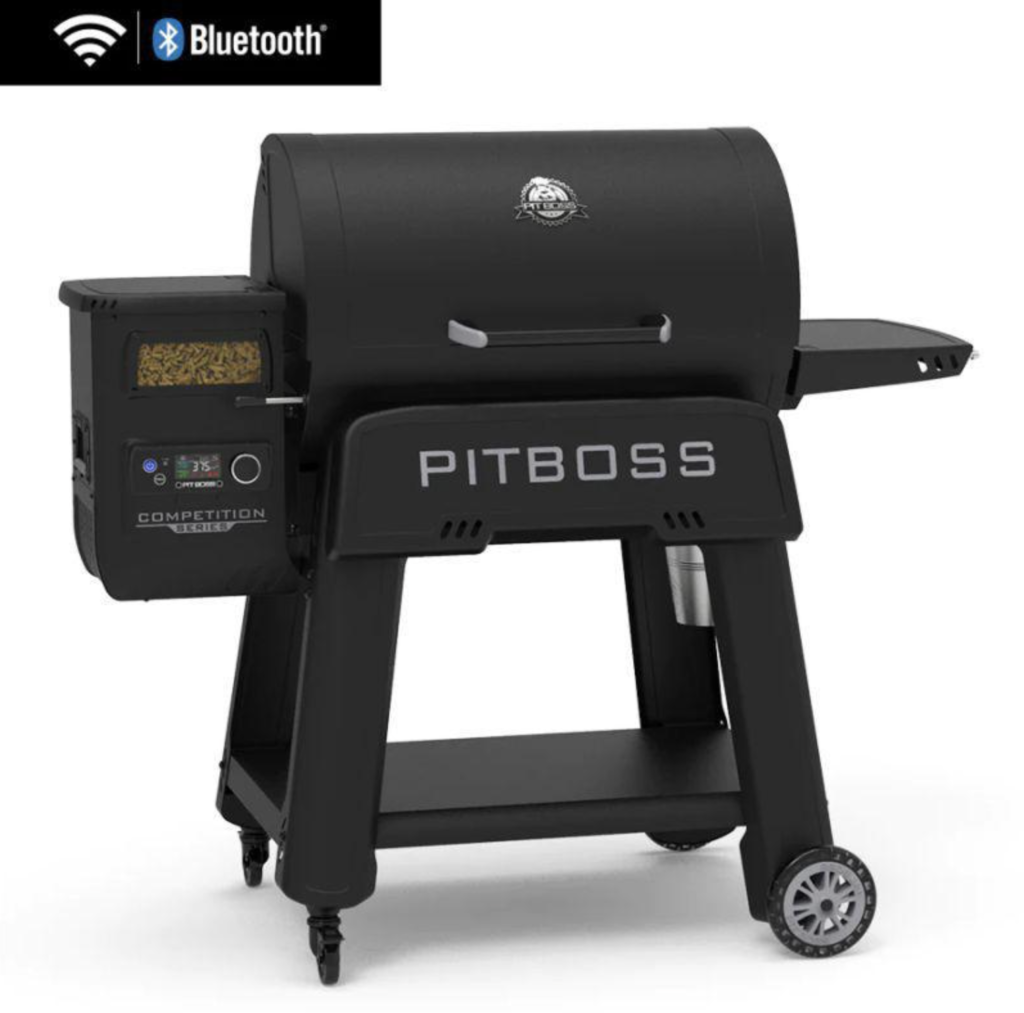 You can bid by calling 780.444.1260 or text 101260 between 2-6 p.m. today. Proceeds will go to the Jerry Forbes Centre who help over 25 charities including Santas Anonymous, The Christmas Bureau and more.
Editorials
Featured
Oilers Talk
Recent articles from Jason Gregor