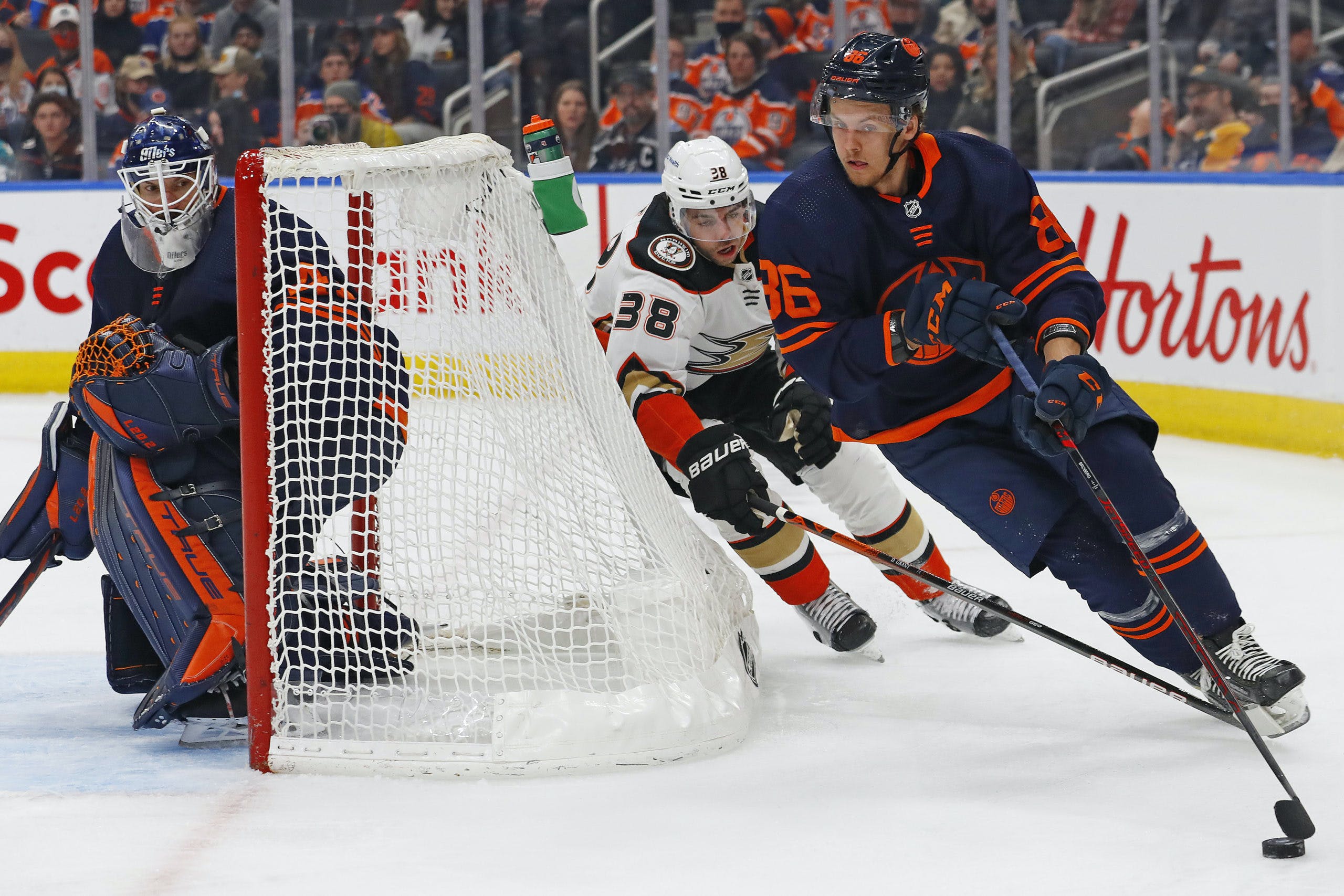 By Zach Laing
8 months ago
After it was made known earlier Friday that Tyson Barrie would miss at least a week, the Edmonton Oilers will be recalling defenceman Philip Broberg.
This, according to our own Jason Gregor.
Gregor also offered an update on forward Josh Archibald, who will be working his way back into the Oilers’ lineup after missing the first five months of the season due to Myocarditis that arose after a bout with COVID-19.
Broberg, 20, has been up and down between the Oilers and the AHL’s Bakersfield Condors this season. In the big league he’s appeared in 17 games scoring one point. In the American League, however, he’s shown very well in his first season of pro hockey in North America.
In 27 games with the Condors, he’s scored three goals and 19 points and has been their highest-scoring defenceman. He ranks 37th in scoring among defenceman at that level, and sixth among rookie rearguard in the AHL.
At 5×5, Broberg’s underlying numbers have been promising. With him on the ice, the Oilers have controlled 52.85 percent of the shot attempts, 35 percent of the goals and 48.05 percent of the expected goal share. While those last two numbers are far from ideal, he has a very low PDO of just 93.5 suggesting there’s room for improvement in terms of the Oilers’ scoring with him on the ice.
His isolated impacts at even-strength, according to hockeyviz.com, are nothing to write home about — 10 percent below league average offensively and one percent below league average defensively, but with him on the ice the Oilers’ expected goals against per hour are five percent above league average.
Solid stuff from the rookie rearguard who is showing more and more that he has a bright future in the NHL.
Zach Laing is the Nation Network’s news director and senior columnist. He can be followed on Twitter at @zjlaing, or reached by email at zach@oilersnation.com.
Nation Takes
News
Oilers Talk
Recent articles from Zach Laing

Editorials
GDB 23.0 Wrap Up: Just like we drew it up, Oilers extend the streak with a wild 4-3 win in Chicago