Edmonton Oilers trade back in first round with Minnesota Wild, add third round pick 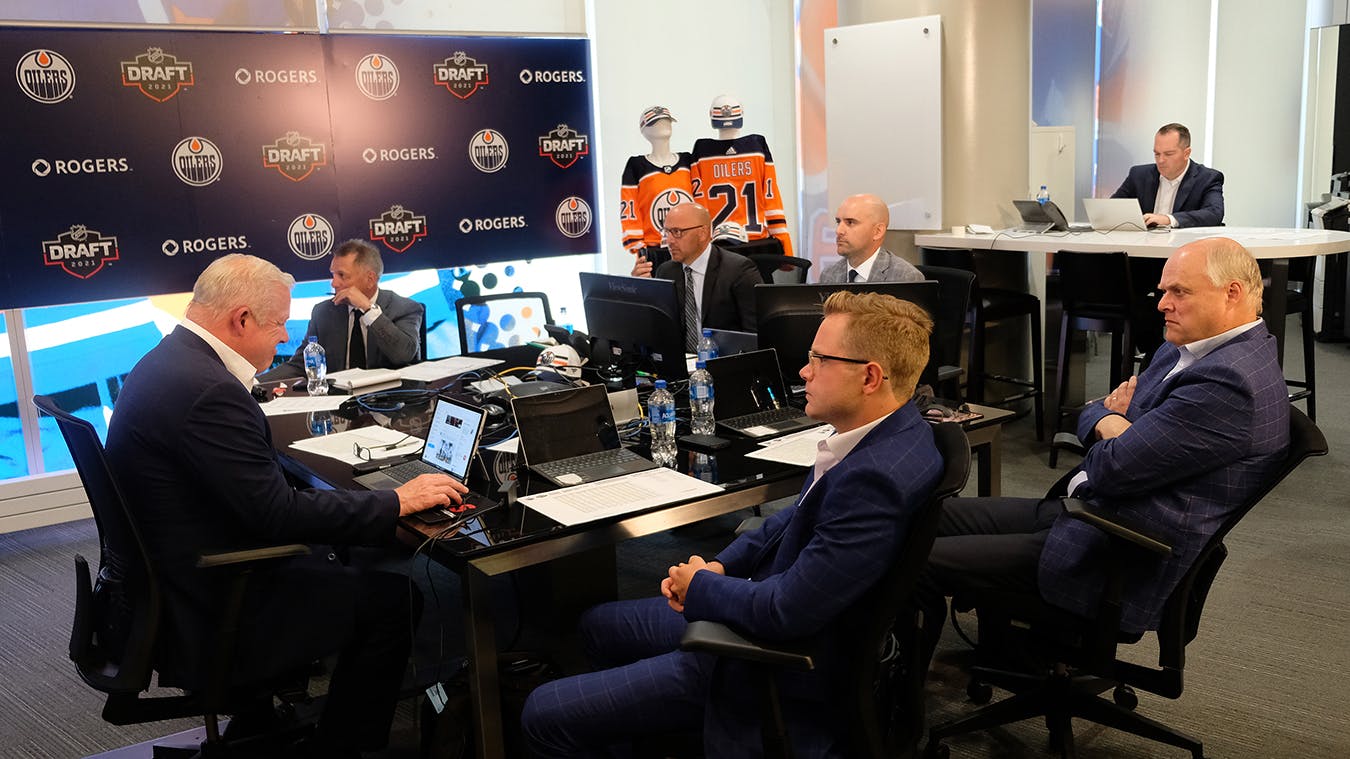 By Zach Laing
1 year ago
The Edmonton Oilers have traded back from the 20th overall spot.
The team made a trade with the Minnesota Wild acquiring 22nd overall and 90th overall. According to draft pick value charts done by The Athletic’s Dom Luszczyszyn, the Oilers added .3 wins in the trade.
Edmonton made the move while top goaltending prospects Jesper Wallstedt was still available, but the Oilers clearly feel the need to add more draft picks to the repotoire. The Oilers didn’t have a draft pick in the second or third rounds of the 2021 draft and now, the Oilers will add a third rounder to the mix.
I’m a big fan of this move for the Oilers for a number of reasons. First off, I think the Oilers have a very good goaltending prospect in Ilya Konovalov in net. He is coming to North America and he could contend for time in the crease this upcoming season.
On top of that, the more picks you can have the better. The Oilers still have the ability to get a good player moving back only two spots in the first round, so this move was a no-brainer for the team.
Stay tuned as BaggedMilk will be breaking down the Oilers first round selection.
Zach Laing is the Nation Network’s news director and senior columnist. He can be followed on Twitter at @zjlaing, or reached by email at zach@oilersnation.com.
Nation Takes
News
Oilers Talk
Recent articles from Zach Laing