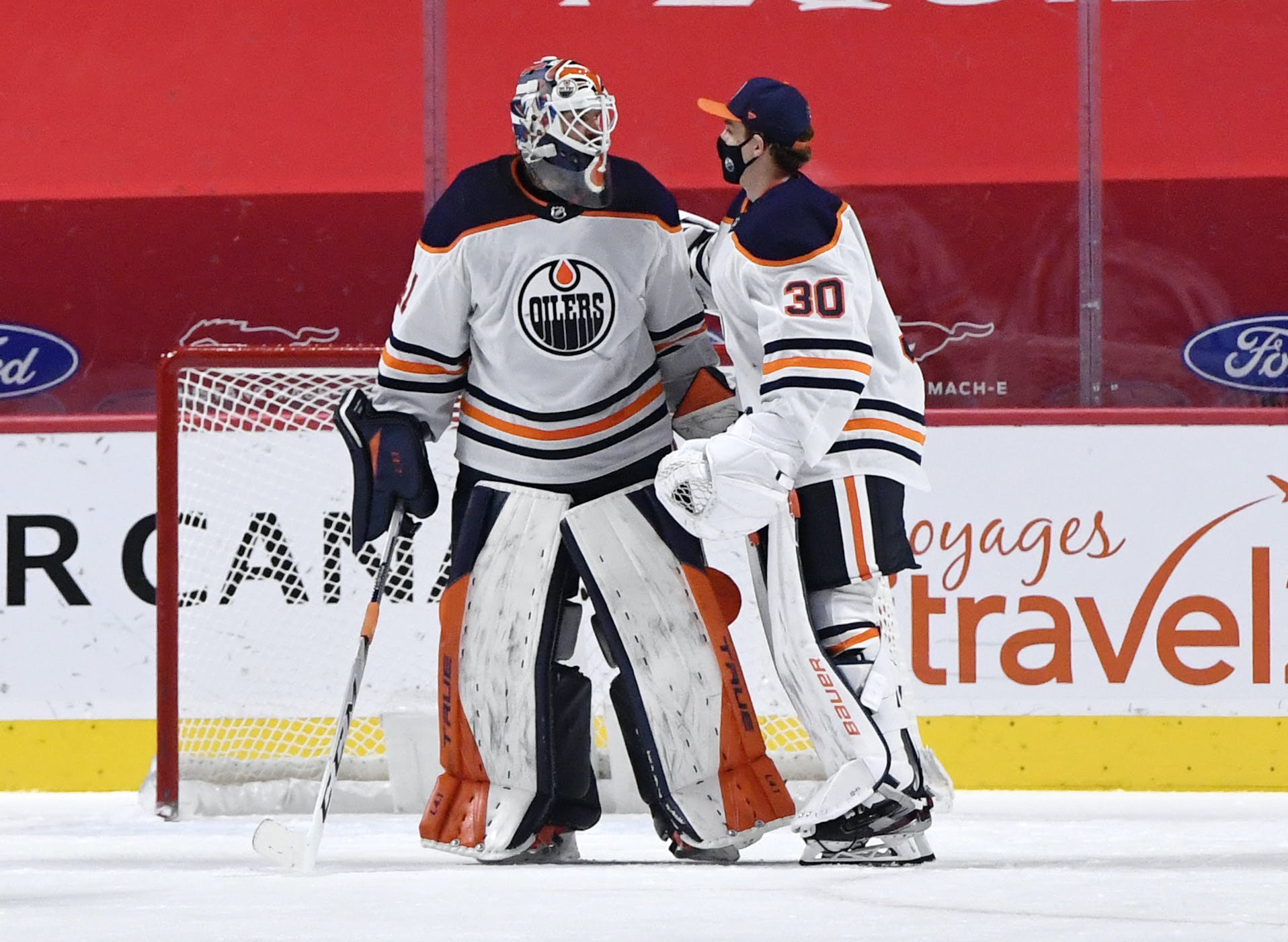 By Zach Laing
1 year ago
The Edmonton Oilers have made a trade.
The club has dealt RFA goaltender Dylan Wells to the Carolina Hurricanes in exchange for future considerations, the club announced Wednesday.
Drafted in the 5th round of the 2016 draft, Wells has struggled to gain a foothold in the organization. Over the last two years, he split time between the AHL’s Bakersfield Condors and ECHL’s Wichita Thunder.
In the AHL, he appeared in 19 games posting a .898 save percentage, a 3.16 GAA and a 6-10-2 record. In the ECHL, Wells played in 33 games posting a .896 save percentage, a 3.74 GAA, and a 15-12-3 record.
Last year Wells spent time with the big club as a taxi squad goaltender.
The trade leads me to believe the Oilers didn’t have plans to qualify the netminder. Edmonton has Ilya Konovalov, Stuart Skinner, and Olivier Rodrigue who will all be competing for ice-time in the organization next season.
Zach Laing is the Nation Network’s news director and senior columnist. He can be followed on Twitter at @zjlaing, or reached by email at zach@oilersnation.com.
Nation Takes
News
Oilers Talk
Recent articles from Zach Laing