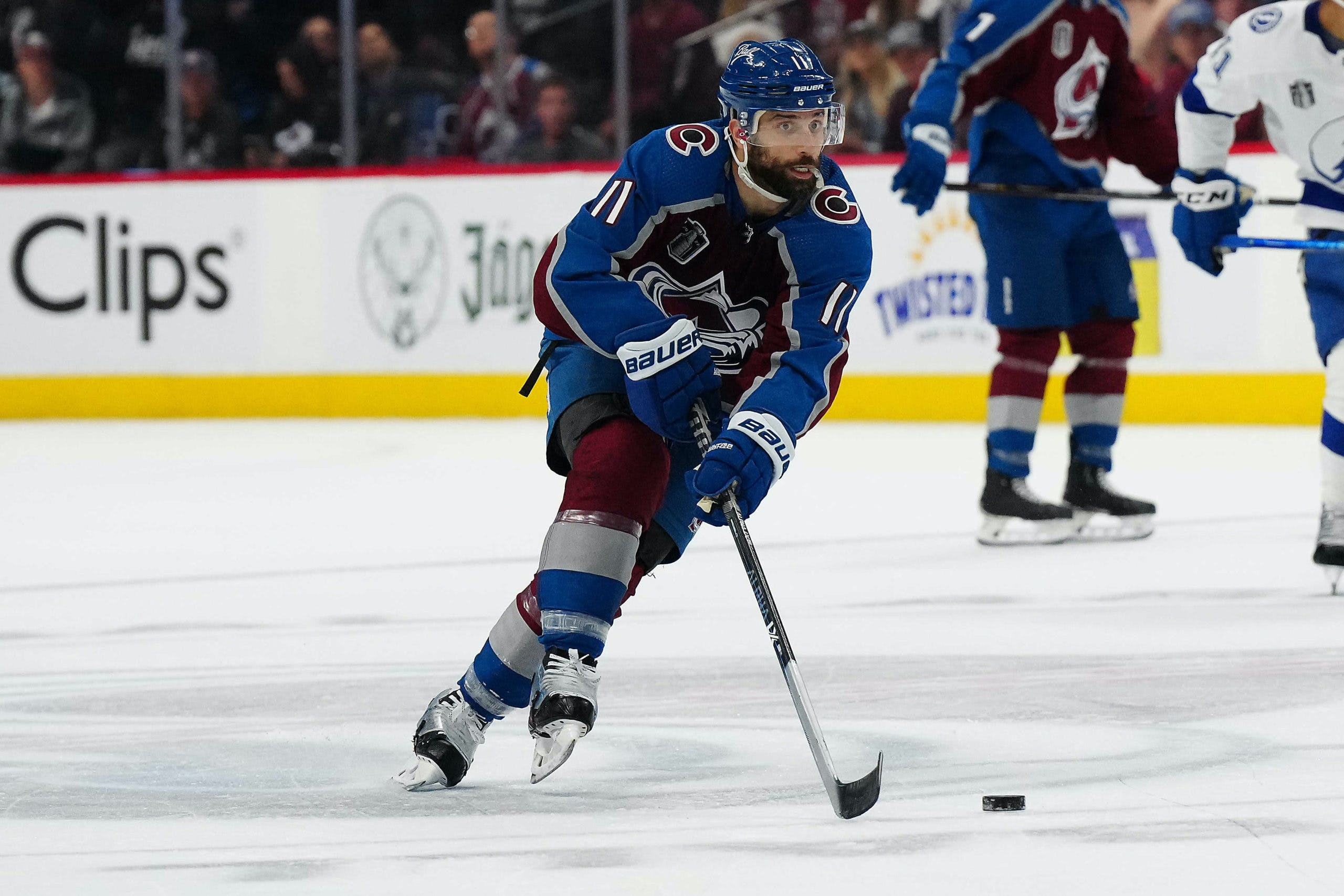 By Zach Laing
4 months ago
Andrew Cogliano is a Stanley Cup Champion.
Drafted by the Edmonton Oilers 25th overall in the 2005 NHL Entry Draft, Cogliano has played 1140 games with five teams in search of Lord Stanley’s Mug.
He joined the Avalanche in a trade deadline deal playing a depth role. While his 18 games in the regular season were rather pedestrian, Cogliano ramped his game up in the playoffs. He played in 16 games scoring three goals and six points, while averaging 9:42 TOI.
Cogliano was no newcomer to the playoffs. He appeared in 100 games between the Anaheim Ducks and Dallas Stars scoring 28 points.
The Oilers drafted Cogliano out of the Ontario Jr. A league where he blew the doors of scoring 36 goals and 102 points in 42 games. After two years at the University of Michigan, he joined the OIlers in the 2007-08 season and was an impact player for the team right away. He found the back of the net 18 times in his rookie year while scoring 45 points.
His time in Edmonton lasted just four years before he was traded to the Anaheim Ducks for a 2nd round pick in 2013. During his 328 games with the Oilers, he scored 47 goals and 146 points and with the pick the Oilers acquired, they selected Marc-Oliver Roy.
Zach Laing is the Nation Network’s news director and senior columnist. He can be followed on Twitter at @zjlaing, or reached by email at zach@oilersnation.com.
Nation Takes
News
Oilers Talk
Recent articles from Zach Laing