Four years after he was fired by the Oilers, some praise for Peter Chiarelli 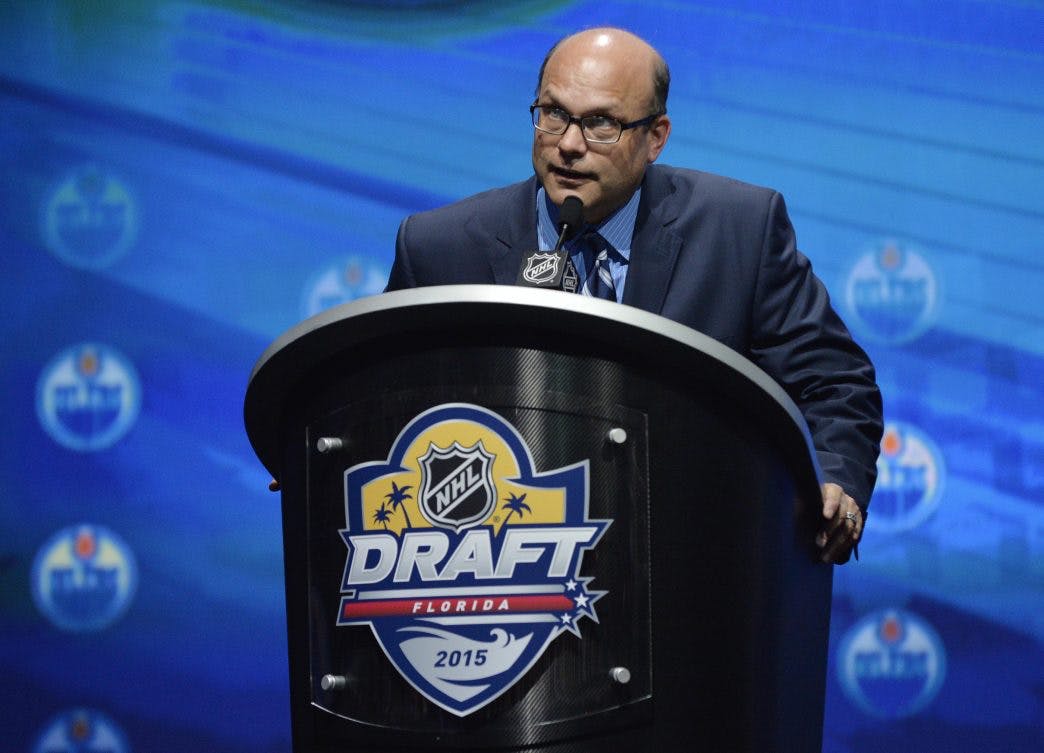 By Cam Lewis
3 days ago
Peter Chiarelli’s time with the Edmonton Oilers has gone down as one of the worst tenures by a general manager in recent memory.
He was hired in April of 2015 shortly after the Oilers had won the golden ticket at the draft lottery with the goal of building a successful team around Connor McDavid. With other talented young players such as Taylor Hall, Jordan Eberle, Ryan Nugent-Hopkins, Leon Draisaitl, Oscar Klefbom, and Darnell Nurse in the mix, Chiarelli had an excellent foundation to put together a perennial contender.
Unfortunately, things didn’t go as planned.
Chiarelli took the 2015-16 season to assess what he had with the Oilers and then started to put together a team in his image, moving Hall for Adam Larsson and signing Milan Lucic to a seven-year contract in free agency. The following season, the Oilers broke their decade-long playoff drought and beat the San Jose Sharks in the first round.
While this appeared to be the beginning of a period of success for the Oilers, things quickly spiralled backwards. Chiarelli overpaying for underwhelming players and losing value in trades ultimately left the Oilers with a top-heavy roster that couldn’t score or defend.
The Oilers wound up missing out on the playoffs in 2017-18 and that showing proved not to be an anomaly as they started to fall out of contention in December of the 2018-19 season. The morning after a 3-2 loss to the Detroit Red Wings on January 22, 2019, the Oilers announced that Chiarelli had been fired…
Chiarelli’s tenure in Edmonton ultimately produced only one playoff appearance over the course of four seasons. He also left behind a very difficult situation to clean up, as his predecessor would have to navigate salary cap hell while piecing together a roster that was good enough to ensure no more years of Connor McDavid were wasted.
In the four seasons since Chiarelli was let go, the Oilers have made the playoffs three times and they appear to be on their way to a fourth appearance in a row. The otherworldly performances of Connor McDavid and Leon Draisaitl have been a huge part of that success, and Ken Holland also deserves credit for assembling a deeper and more well-balanced roster around them than they had previously.
But another name that deserves some credit for the team’s recent and current success, ironically, is Chiarelli. We talk mostly about his tenure in Edmonton in regard to the mess that he left behind, but the Holland era Oilers have benefitted quite a bit from prospects that were drafted by Chiarelli.
Below are Holland’s four Oilers rosters and the contributions of Chiarelli’s non-McDavid draft picks…

Part of getting through salary cap hell and into the playoffs in 2019-20 came through significant contributions from players on cheap contracts. Ethan Bear filled into a top-four role on the blueline while Adam Larsson was injured and had a very strong season, while Kailer Yamamoto was called up mid-season and gave the team’s offence a much-needed spark.
Over the past couple of seasons, we’ve seen 2018 first-round pick Evan Bouchard become a very good puck-moving defenceman, 2018 second-round pick Ryan McLeod emerge as a versatile middle-six forward, and 2017 third-round pick Stuart Skinner establish himself as Edmonton’s first internally-developed starting goaltender in years.
Beyond those names, there are other Chiarelli draft picks who could impact the Oilers moving forward. 2016 seventh-round pick Vincent Desharnais has looked like a very solid NHL blueliner in his first few games in the big leagues, while 2018 second- and third-round picks Mike Kesselring and Olivier Rodrigue are showing promise this year in Bakersfield. 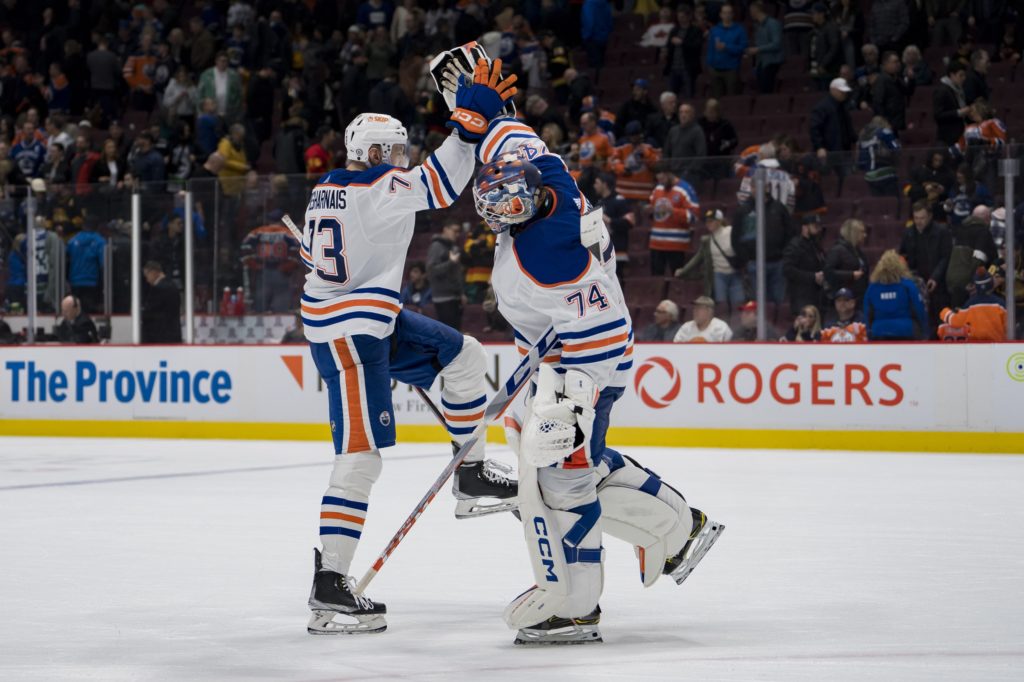 Mandatory Credit: Bob Frid-USA TODAY Sports
Now, all that said, I’m not trying to convince anybody that Chiarelli’s time in Edmonton was remotely close to a success. Inheriting Connor McDavid and a whole bunch of other talented young players and turning out a roster devoid of speed, skill, and depth while missing the playoffs in three of four seasons was a disaster.
But four years later, we can start to see that Chiarelli’s legacy here is much more of a mixed bag than we ultimately gave him credit for. While Chiarelli’s poor record in trades and roster building left the Oilers in a difficult spot, the team has and continues to directly benefit from the pool of young talent he left behind.
The 2015 draft in itself paints a very accurate picture of the best and worst of Chiarelli’s tenure as the general manager of the Oilers.
Beyond the slam-dunk McDavid pick at No. 1, he found three defenders in the fourth, fifth, and sixth rounds, Caleb Jones, Ethan Bear, and John Marino, who have gone on to play more than 600 games in the NHL combined. This could have been a historically-successful draft class for Chiarelli, but he flipped the No. 16 and No. 33 overall selections away in exchange for Griffin Reinhart, a young defender clearly moving toward bust territory. The New York Islanders were the benefactors, as they wound up selecting Mat Barzal and Anthony Beauvillier, two forwards who have combined to score more than 500 points for them.
When you zoom out from there, you pretty much have the Chiarelli experience in totality. He did great work at the draft table, but whenever he made a trade, it was a mess.
Editorials
Featured
Recent articles from Cam Lewis