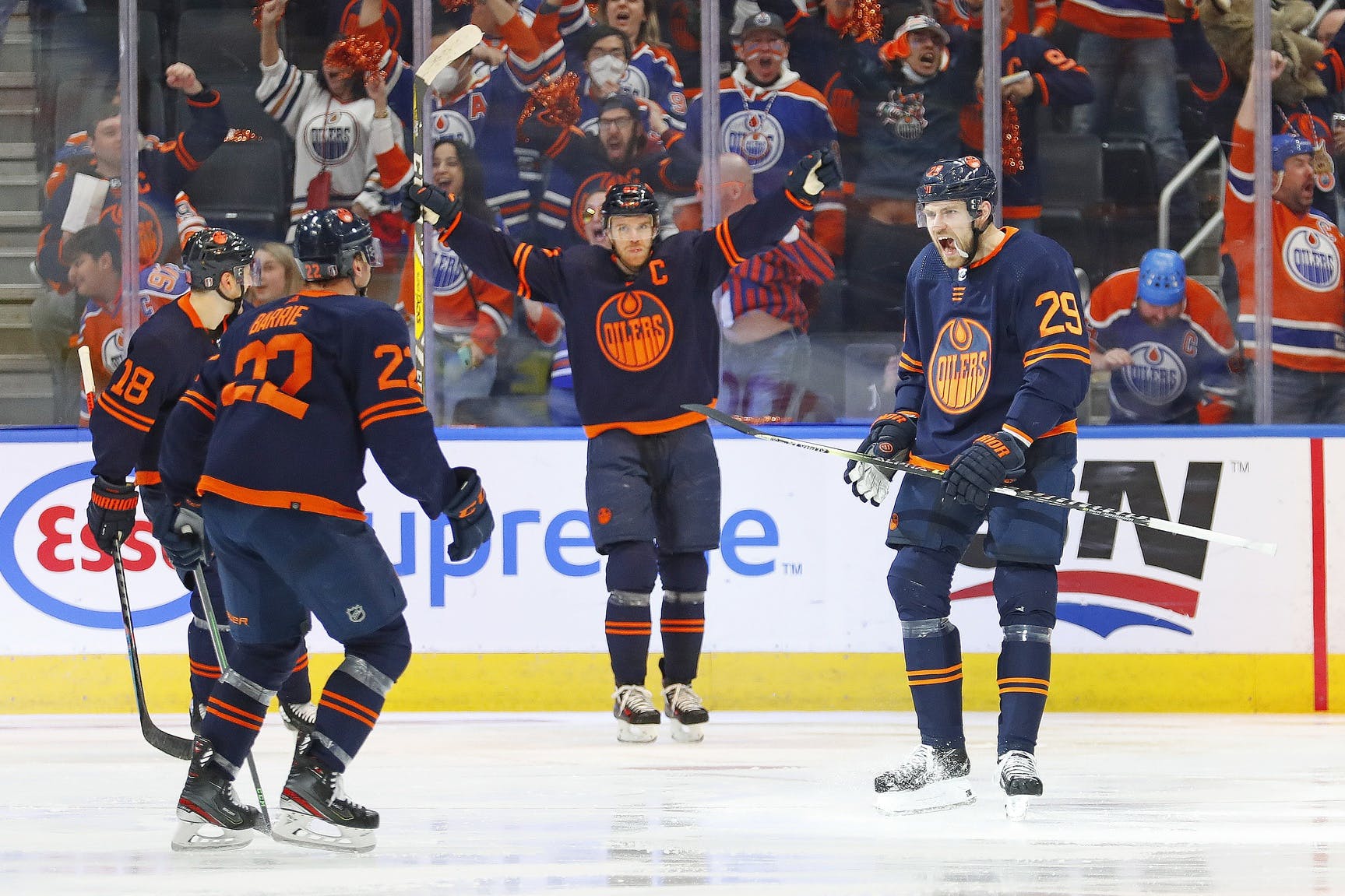 By baggedmilk
6 months ago
Backs against the wall after two tough losses in Colorado, the Edmonton Oilers now have a significant challenge ahead of them as they look to climb back into this series. Can it be done? Well… it starts with one.
While there’s no doubt that we’re all disappointed with the way the Western Conference Finals started from an Oilers perspective — Games 1 and 2 were bummers for completely different reasons but ultimately the same because of the results — but that doesn’t mean it’s time to throw in the towels either. I think back to 2006 when the Oilers were down 2-0 in their series with the Sharks and came roaring back with four straight wins to win the series in six games and punch their ticket to the Western Conference Finals. Now, in the exact same position all these years later, the Oilers will need to summon that same determination to start winning the small battles and get back to playing the flavour of hockey that’s got them here in the first place. Even though I know this current team has nothing to do with the one from 16 years ago, I still think it’s important to remember what can happen when everyone has already counted you out. No one thought the Oilers could beat the Sharks back then and there are a lot of doubters spouting off right now, making Game 3 at Rogers Place as big as it gets. I’m not saying it’s going to be easy, but this certainly isn’t impossible either. If the boys can’t get fired up for this one then we may as well start booking our vacations now, but I’m not ready to get off the ride yet.
In Game 2 on Thursday night, the Oilers looked so incredibly nervous from my side of the TV screen and those jitters led to the Avalanche having all of the time and space they needed to do basically anything they wanted with the puck, and I don’t think I need to tell anyone reading this why that’s a major problem. I don’t know if Edmonton was overwhelmed by the moment or what was going on around them, but that was not the effort nor the execution we needed to pick up a win regardless of who the Avalanche had in net. Even though we spent the day wondering how Francouz would step up in Kuemper’s absence, I thought the Oilers barely tested him outside of a few chances they couldn’t make good on early in the first period and that has to change in Game 3. Not only do the Oilers have to fire more pucks on net, but they also have to get themselves to the net and make life difficult for the goalie. I don’t care who’s between the pipes, if an NHL goalie can see the shot then they’re probably going to stop it and Edmonton will have to do a much better job of creating some chaos around the net. I’m talking sticks in the lanes, I’m talking screens in the slot, I’m talking about throwing the whole damned kitchen sink in Francouz’s eye line if it means making his job miserable. If the pretty goals aren’t there then it’s about time we get comfortable living in dumpsters and feasting on garbage. Either way, the Oilers need a win and it’s going to take a big time effort from everyone on the ice to get the job done.
Let’s see what the numbers say.

Kane – McDavid – Kassian
RNH – Draisaitl – Hyman
Foegele – McLeod – Puljujarvi
Ryan – Archibald
Nurse – Ceci
Keith – Bouchard
Kulak – Barrie
Russell
Smith
I wouldn’t put too much stock into the line combinations I have here because Rishaug didn’t know whether these were the actual trios or just what was happening at practice. Most notably, Woodcroft had Kassian taking reps alongside McDavid and I wonder if that’s a thing that will actually happen or simply because Yamamoto didn’t skate? Are we going 11-7? Either way, it’s going to be interesting to see how this actually shakes out when the game gets started because the Oilers absolutely have to find a way to win this one.

Landeskog – MacKinnon – Nichushkin
Lehkonen – Kadri – Rantanen
Aube-Kubel – Compher – Newhook
Cogliano –  Helm – O’Connor
Toews – Makar
Byram – E. Johnson
J. Johnson – Manson
Francouz
For my money, the biggest thing the Oilers needed to do was find a way to slow the Avalanche down in the neutral zone. I don’t know whether that means going to some kind of 1-3-1 that clogs up the middle of the ice or what, but the boys had to find a way of preventing the Avs from walking into their zone like it’s a garden centre at Home Depot — it needs to be tougher than that. The other thing they needed to do was find a way to get more pucks on net and actually test Colorado’s goaltending. Outside of a few chances in the first period, I doubt Francouz has ever had an easier shutout in his career than he had in Game 2 and that’s something that simply cannot happen again tonight.

After a barn burner in Game 1, both the Colorado Avalanche and Edmonton Oilers were searching for some tighter defense in the second meeting of this series. Unfortunately, the Avalanche lost Darcy Kuemper to a mysterious upper-body injury and would need to lean on Pavel Francouz. In a 24 save shutout, Francouz gave the Avalanche the confidence to earn a 4-0 victory and 2-0 series lead against the Oilers.
First of all, many apologies are owed to Pavel Francouz for all the doubts. When the team needed him to be rock solid he gave a perfect performance saving all 24 shots he faced. While he didn’t see a ton of action and virtually nothing in the third period, Francouz was aggressive early on, controlled his rebounds, and gave a calming presence in net. Not bad as a prelude to his 32nd birthday tomorrow. While the Avalanche need both of their netminders to be healthy in a strong tandem to get to their ultimate goal, Francouz proved that he’s capable of giving the team a chance to win with him in net.
It was an encouraging bounce-back effort for Josh Manson. Not only was the goal nice but he made several smart defensive plays including one big block on the Oilers’ power play. Nicolas Aube-Kubel was back in the lineup for a presumed Andre Burakovsky injury and he provided a nice physical element except for one dumb penalty at the end of the second period. The penalties have been mostly eradicated from his game, however, but each one is more costly this time of year.
Another strong performance tonight from Bowen Byram who has quietly ascended to the role of number three defenseman in the wake of Samuel Girard’s injury. Byram’s 18:24 time on ice at even strength was just 21 seconds behind Devon Toews’ for the team lead. He is also starting to get under the skin of the opponent as Zack Kassian ripped his helmet off when Byram was hit into the bench at one point. It’s been fun watching him become a bigger and more important part of this Stanley Cup run. 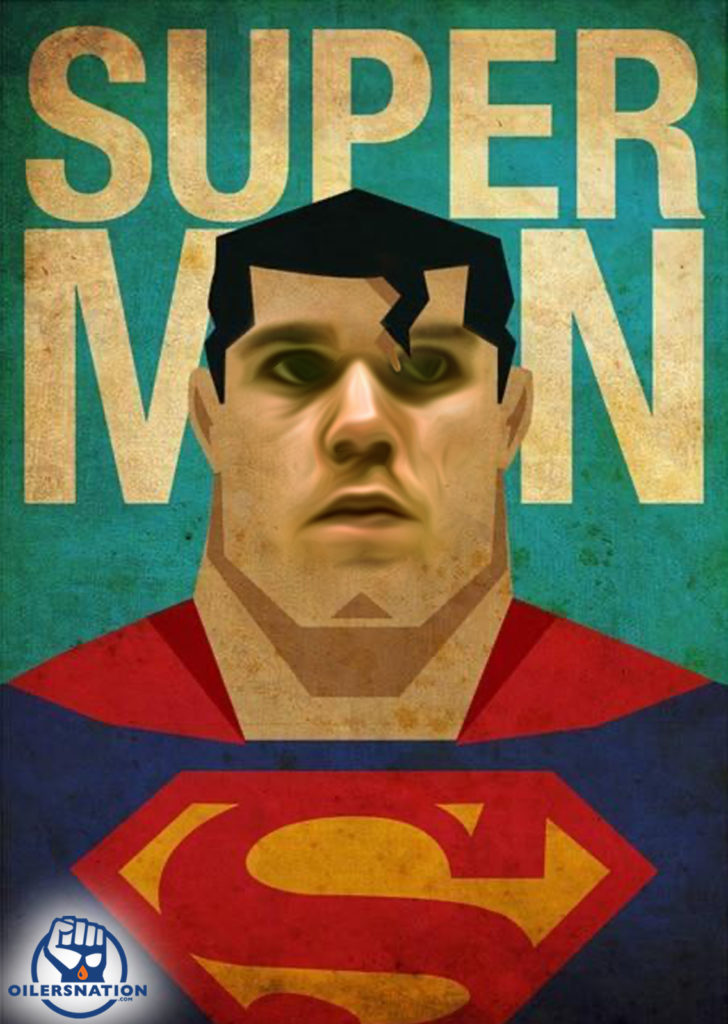