By baggedmilk
25 days ago
For the first time this season, the Edmonton Oilers will square off against the Winnipeg Jets in pursuit of their third straight win as we look to wrap up the 2022 calendar year in style.
Be sure to check out the latest Oilers game day odds from NHL betting site Betway
I don’t care that it’s been more than two years since the Winnipeg Jets swept the Oilers after the strange all-Canadian Division season, my disdain for that organization is something that I plan to carry with me for the rest of my life. Sure, you may think I’m being dramatic for holding a grudge against a city that doesn’t even have an airport, but there’s nothing that angries up the blood quite like a playoff loss. And even though we only see them twice per year during the regular season these days, I always make sure to flip the bird in Manitoba’s general direction as a sign to the Hockey Gords that we will always remember. Never forget. And since this is a team I personally cannot stand because of that loss, the only prescription for this fever is two big points for us and a sad bus ride back to Winnipeg for the visitors.
If the Oilers are going to pick up their third straight win, they’ll need to pull another page out of whatever playbook they were using last night in Seattle. From start to finish, the Oilers dominated the Kraken in nearly every way and it was the exact kind of effort they needed given that they were without star forward Leon Draisaitl. Against the Jets, they will need more of the same as Winnipeg is a team that doesn’t give up a whole lot. Led by the strong play of Connor Hellebuyck — the former Vezina winner is sporting a sparkling .926 save% through 27 starts —  the Jets have given up 31 fewer goals than the Oilers, and that stinginess will be a challenge our boys will need to navigate. But at 4-6-0 in their last 10 games, the Jets are also struggling right now as they’ve got a handful of key contributors on the sidelines with injuries. If ever there was a time for the Oilers to get the job done against this team then right now with guys like Ehlers, Wheeler, and Schmidt out of the lineup is as good of a chance as any.
Let’s see what the numbers say.

Hyman – McDavid – Puljujarvi
Janmark – RNH – Kostin
Foegele – McLeod – Yamamoto
Holloway – Hamblin – Ryan
Nurse – Ceci
Kulak – Barrie
Niemelainen – Bouchard
Campbell
What the captain obvious inside me is most interesting in finding out is whether or not Leon Draisaitl will be back in the lineup or if he will miss only his eighth game since 2016. Seeing as Draisaitl is the kind of player that would need something significant happening to miss any time, my worry is that whatever kept him out of last night’s game against the Kraken is a lingering problem that he’s been dealing with for some time now. Outside of Draisaitl’s potential return — and TSN’s Ryan Rishaug says it is unlikely against the Jets — the only other change I’d expect is that Jack Campbell will get the crease for his 16th start of the season and first at home since the Dallas Stars were in town on November 5th. But since the Oilers played last night, I don’t expect us to get any lineup clarity until much closer to puck drop.
***UPDATE*** Don’t expect Leon Draisaitl tonight but according to Frank Seravalli, he shouldn’t be out for long.

Connor – Dubois – Gagner
Lowry – Scheifele – Kuhlman
Barron – Stenlund – Jonsson-Fjallby
Eyssimont – Gustafsson – Harkins
Morrissey – Demelo
Samberg – Pionk
Dillon – Heinola
Hellebuyck
Looking at the Jets’ stats page, what stuck out most to me is that the bulk of their goals come from only three players. Mark Schiefele, Pierre-Luc Dubois, and Kyle Connor have combined to score 55 of Winnipeg’s 116 goals, and it will be up to the Oilers to make sure those three guys stay as quiet as possible. The other problem our boys will have to deal with is finding a way to beat Connor Hellebuyck, who is looking like he’s trying to singlehandedly carry the Jets back into the playoffs on his own. Frustrating as all hell when he’s on his game, beating Hellebuyck will require guys to get in his kitchen and make life difficult near the crease because he’s going to stop everything he can see. Can it be done? Absolutely. Will it be done? We shall see.

The injury bug has not been kind to the Jets this year the Jets will have a big sum of cap space left over at the trade deadline. Why not go after a veteran NHLer who has won multiple Stanley Cups and was also raised here in Winnipeg? Jonathan Toews is a three-time Stanley Cup winner, Conn Smyth, Frank J. Selke and Mark Messier trophy. The Jets don’t have a Stanley Cup winner on their team currently. That extra leadership could give the team that final push they might need.
Toews could slot into the third-line center spot very easily thus moving Adam Lowry down to the fourth line where he could center for David Gustafsson and Saku Maenalanen. The third line could be Morgan Barron, Toews and Sam Gagner. In 33 games this season the Blackhawks captain has 11 goals and nine assists.
If this trade could go through with the Jets losing out on only a draft pick and one prospect that would be amazing. If Captain Serious could bring the cup back to Canada and bring the cup to Winnipeg for the first time you might find me in the whiteout parties crying just a little. 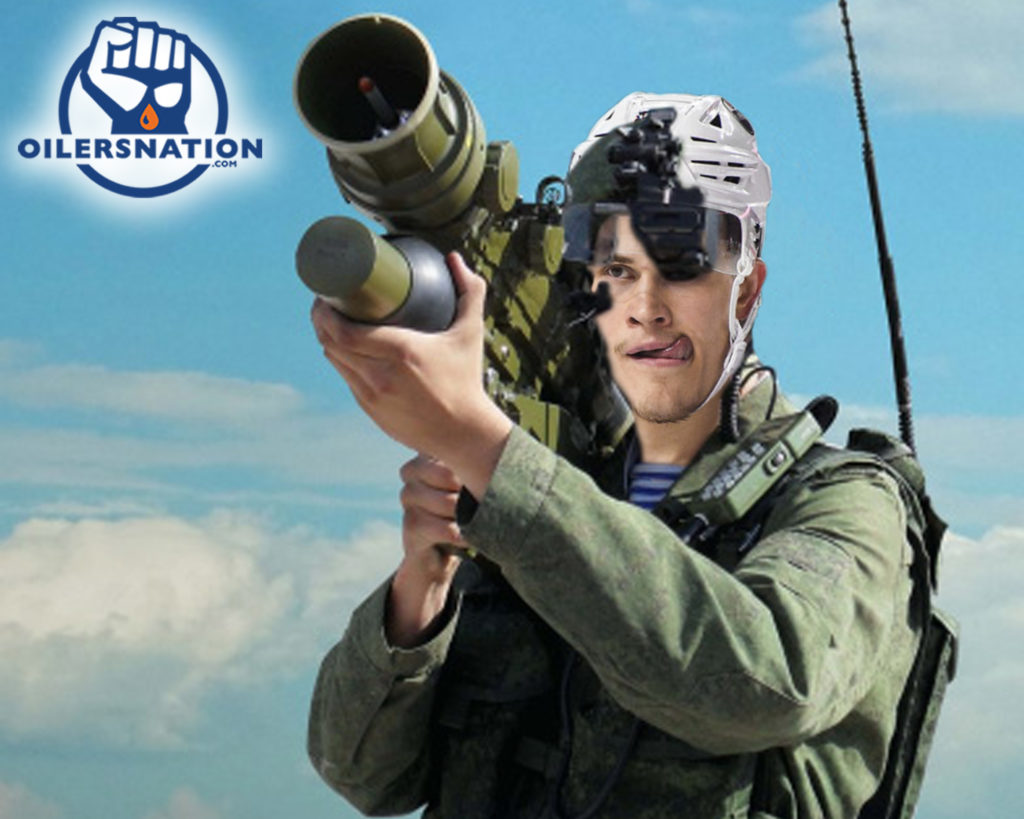