By Jason Gregor
3 months ago
Rod Brind’Amour was named head coach of the Carolina Hurricanes on May 8th, 2018. He’s entering his fifth season in Carolina, which makes him the fourth-longest tenured head coach in the NHL. Head coaches don’t have great job security when you realize only four of them have been on the job more than four years. Brind’Amour might be the exception. He isn’t in jeopardy of losing his job, because since he took over the Hurricanes have become one of the most consistent teams in the NHL.
They have the fourth most points in the NHL since he arrived. In the four-year span prior to him being hired the Canes had the 25th most points in the NHL. He’s helped them improve with his relentless attention to detail and constant upbeat attitude. The Hurricanes are incredibly well structured.
Since Brind’Amour arrived they have the best PK% in the NHL at 84.9%, they have the third lowest GAA at 2.58, they are ninth in GF/GP at 3.17 and their power play is 21.5%. Their combined special teams percentage is 106.4%. Only Tampa Bay is higher at 107.4%. The Hurricanes GF-GA differential is +172, fourth best behind Tampa (+235), Colorado (+204) and Boston (+176).
The only reason Carolina isn’t higher is because they don’t have elite scorers like Tampa, Colorado or Boston. From the start of the 2018/2019 season Tampa, Boston and Colorado each have two players among the top-17 point producers. Colorado has Nathan MacKinnon (third with 450 points) and Mikko Rantanen (17th with 379), while Boston has Brad Marchand (sixth with 421) and David Pastrnak (12th with 389) and Tampa Bay has Steven Stamkos (10th with 397) and Nikita Kucherov (14th with 387). Kucherov missed the 2021 season (56 games), and he is second in points/game over that span trailing Connor McDavid.
Sebastian Aho is the Hurricanes’ leading scorer sitting 19th with 356 points. He’s played 366 games. He is 25th in points/game among players with 200+ games played. He is a solid player, but he isn’t a game breaker. It is the one element Brind’Amour doesn’t have, but Carolina has many really good players, and they play their system flawlessly most nights.
Jaccob Slavin is the best defensive defender in the NHL in my eyes. They added Brent Burns this off-season and gave up very little to acquire him. Burns has the fourth most points among D-men the past four seasons, and he did that playing in San Jose where the Sharks were 22nd in goals scored. He and Slavin are an excellent pair. Brett Pesce and Brady Skjei are a formidable second pairing.
Aho, Teuvo Teravainen and Andrei Svechnikov are among the top-100 scoring forwards the past four seasons. Martin Necas and Seth Jarvis are exciting young players, but the lack of a legitimate offensive star is the missing link in Carolina. They did acquire Max Pacioretty this summer, but he’s out for the majority of the season. He should return late in the year and for the playoffs. That will help, but he isn’t a superstar. The Hurricanes will have lots of cap space late in the season, due to Jake Gardiner being on LTIR all year, and if Don Waddell wants to make a big splash he could. I think he should.
They have elite defenders, an elite coach, an elite system, but they need an elite offensive force. They are still a legitimate Stanley Cup contender with today’s roster, but they’d be my favourite if they acquired some more offensive punch.
The Oilers can’t afford to play sloppy tonight. They will have to work hard to create chances. The Hurricanes are allowing a league-best 40 shot attempts against per game, and only 27 shots on goal. They’ve allowed the fewest scoring chances off the rush, fewest off the cycle, allowed the fewest slot passes and lead the league with the lowest GAA (1.00), and they have the lowest Expected Goals Against at 1.66.
The Hurricanes shoot from everywhere. They lead the league in shot attempts per game with 78, but they are 10th at shots on goal with 35. Their willingness to shoot from everywhere hurts them in offensive zone possession time as they sit 28th at 5:45. Although part of that is because they haven’t drawn many penalties. They are 23rd in PP opportunities/game at 3.33. Edmonton currently leads the NHL being shorthanded 5.33 times per game and will need to be more disciplined tonight. They can’t keep taking this many penalties and expect to win.

Kane – McDavid – Yamamoto
RNH– Draisaitl – Hyman
Foegele – McLeod – Puljujarvi
Shore – Ryan
Nurse – Ceci
Kulak – Barrie
Murray – Bouchard
Niemelainen
Campbell
Dylan Hollway is day-to-day. Jay Woodcroft said he’s out with an upper body injury. I’d be surprised if he plays in the final three games of this homestand. Derek Ryan draws in for Holloway, but he will slot in on the fourth line with Devin Shore. After Holloway left Tuesday’s game, Jay Woodcroft switched his bottom three lines. He moved Ryan Nugent-Hopkins up to the second line with Leon Draisaitl and Zach Hyman and slotted Ryan McLeod on the third line with Warren Foegele and Jesse Puljujarvi. He will keep those combinations for tonight.
“It allows you to get in rhythm, but also gets them (opposition) out of theirs,” said Hyman in regards to scoring first. The Oilers have allowed the first goal in all three of their games. They did respond 23 seconds after Buffalo scored on Tuesday, and controlled the rest of the first period, but they’d like to play with a lead and see if they can control the pace of play.

Teravainen – Aho – Jarvis
Svechnikov – Kotkaniemi – Necas
Stastny – Staal – Fast
Martinook – Stepan – Noesen
Slavin – Burns
Skjei – Pesce
Chatfield – de Haan
Andersen
The Canes only have 12 forwards on the road trip as Ondrej Kase was sent back to Carolina. He likely has another concussion. They are carrying eight D-men, and Dylan Coghlan and Ethan Bear won’t dress tonight. Slavin and Burns will get a heavy dose of either McDavid or Draisaitl’s lines. Slavin is one of the best, if not the best, defensive defenders in the NHL and looks forward to the challenge. “Any time you are going against the superstars in the game you have to take away their time and space, but that is really difficult against these two,” said Slavin.
“You know they are going to get chances, you just have to ensure you limit their grade A chances. The speed is very different between the two. Draisaitl has almost a hidden speed, while McDavid you know it is coming. You can see him winding up and you have to make sure your gap is tight and you aren’t getting caught flat-footed on either of them.”
And odd quirk about the Hurricanes: Last season they had no optional skates. Every morning skate is mandatory, expect on second half of back-to-back. I wonder if that continues this season. The Hurricanes had a high-paced skate this morning with multiple drills. They haven’t played since defeating Seattle 5-1 on Monday, and they had two days off prior to meeting the Kraken. They’ve had three off days on the road already this season, something Brind’Amour isn’t a big fan of. He’d rather have off days at home. 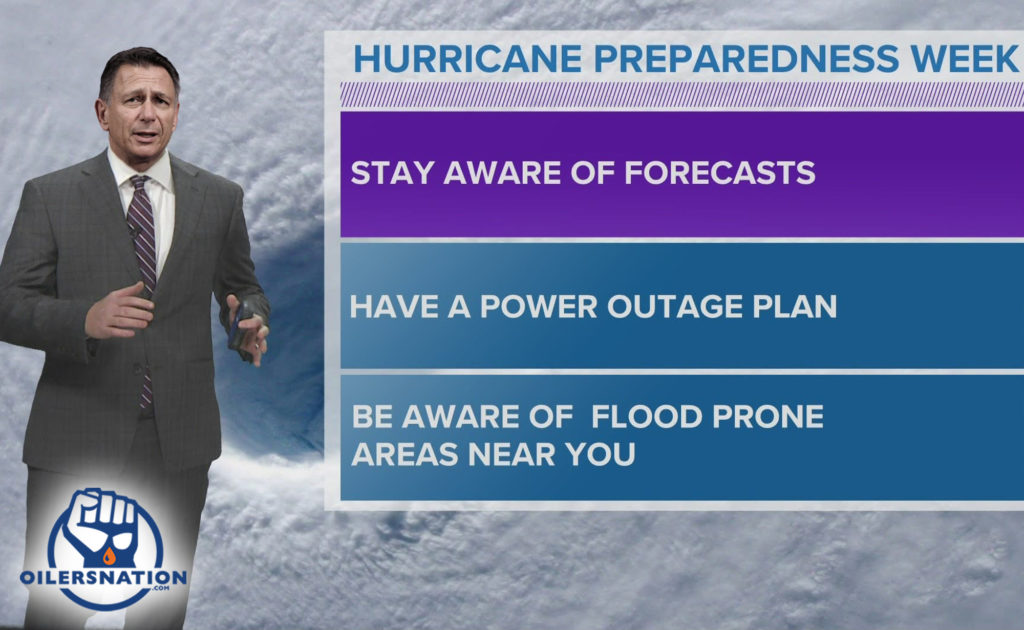