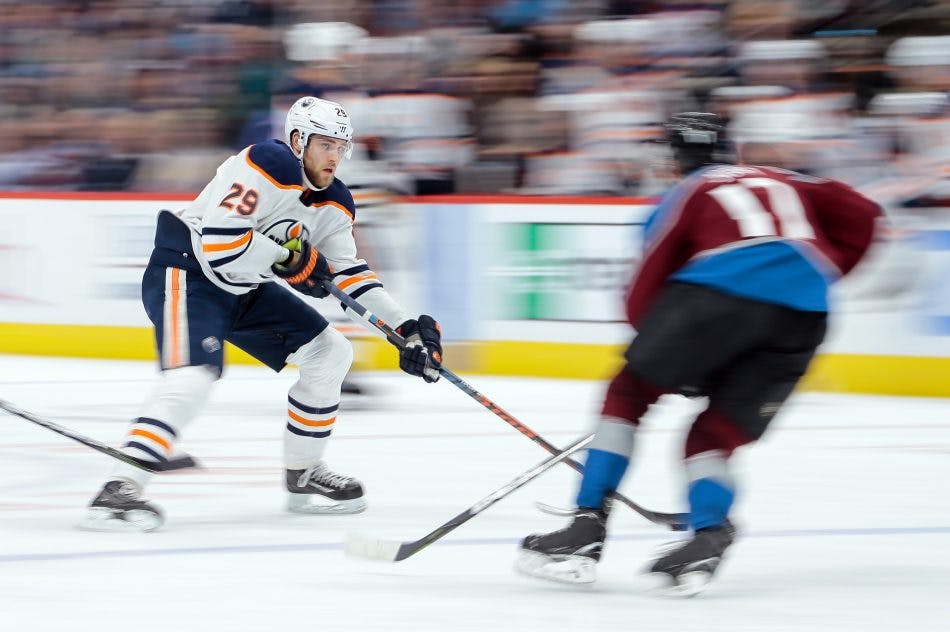 By Jason Gregor
8 months ago
The Colorado Avalanche are having a great season, but in their past 50 games they have absolutely crushed the competition. The Avs are 38-8-4 in since November 16th. They are clipping along at a ridiculous .800 points%. They’ve outscored teams 196-133 in that time.
They added @Josh Manson last Monday and Nico Sturm on Tuesday to give them a physical presence on the blueline and a defensive centre who is good on faceoffs and can kill penalties. They might make another addition before today’s trade deadline.
They are deep, and tonight will be a great test for an Oilers team that is also playing well.
— Colorado is 24-3-3 on home ice and 20-1-2 since November 16th. They’ve outscored teams 123-75 on home ice in 30 games. They have scored four or more goals in 18 (60%) of their home games. The Oilers will need to be sound defensively and continue their strong play in limiting chances off the rush.
— Colorado is great in both ends. 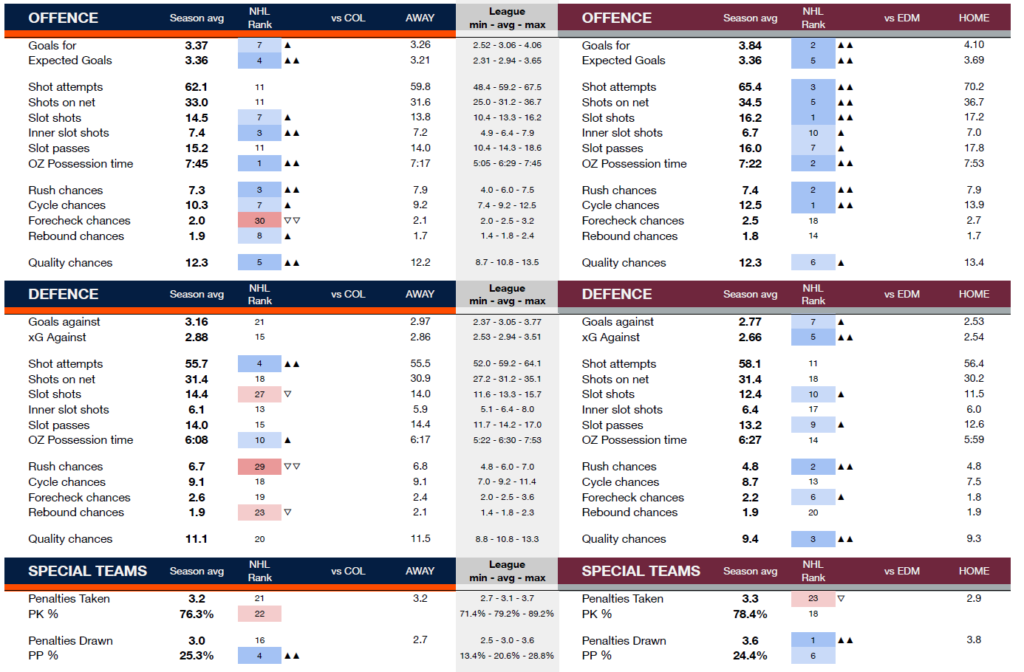 It is important to note one main difference in the chart compared to recent play.
— The Oilers rank 29th in scoring chances off the rush at 6.9/game. However, in their past 18 games with Jay Woodcroft the Oilers have averaged 4.2 per game. Colorado is second in the NHL at 4.5/game, so the Oilers have been near the top of the NHL in scoring chances against under Woodcroft. They did allow 12 to New Jersey on Saturday, which was the most by far with Woodcroft.
— In the 18 games with Woodcroft Edmonton has created 150 scoring chances off the rush and only allowed 82. They are creating more than their season average and allowing fewer. The changes in how they forecheck, and defend in the neutral zone, have been very noticeable.
— @Nazem Kadri still leads the Avalanche in scoring with 74 points in 59 games. He had 48 points in his first 30 games, but has seen his production drop to 26 points in his past 29 games. Even the past 29 games would be career high in points/game, so he is having a great season, but he has slowed from his scorching-hot start. His previous career high was 32 goals and 61 points. He has already set a new high in points, but needs nine goals down the stretch to match his career-high in goals. He turns 32 in October. Will he get a major raise? Much will depend how he performs in the playoffs. Or, more importantly, how he controls his emotions in the post-season.
— I’ve seen a lot of posts about how @Evander Kane is on a major heater, depending on which stat you look at. If you believe PDO tells you everything, then sure, but I don’t believe one stat tells us everything.
Here is Kane’s goals/game average the past three seasons.
2019: 30 goals in 75 games for 0.40 goals/game.
2020: 26 goals in 64 games for 0.41 goals/game.
2021: 22 goals in 56 games for 0.39 goals/game.
2022: 12 goals in 23 games for 0.52 goals/game.
His recent stretch of four goals in two games has bumped up his average. Also having two empty net goals has helped. Remove empty net goals from each year and here are his totals.
2019: 30 goals in 75 games for 0.40 goals/game.
2020: 25 goals in 64 games for 0.39 goals/game.
2021: 19 goals in 56 games for 0.34 goals/game.
2022: 10 goals in 23 games for 0.43 goals/game.
— Is it really a surprise Kane’s goals/game is up slightly playing with @Leon Draisaitl and @Connor McDavid? I don’t see his production as much of a surprise at all.
— Tonight will be a very special moment for Oilers assistant coach Dave Manson. He will coach against his son Josh for the first time. Josh was acquired by the Avalanche last Monday from Anaheim. He gives them a much needed physical presence on the blueline. I bet it will be quite the emotional rollercoaster for Dave as he watches his son while also coaching the Oilers.
— The Oilers will need to move their feet to avoid steady trips to the penalty box. The Avs have led the league in power play opportunities (PPO) per game in each of the past three seasons. In 2020 they averaged 3.72 PPO/game and they’ve averaged 3.44 PPO last season and this season. Their PP% is 6th best at 24.4%, so the Oilers’ discipline could be a major factor in the game.
—Brad Malone was recalled from Bakersfield as Josh Archibald won’t be able to play tonight in Colorado or tomorrow in Dallas.
— Oilers picked up Brett Kulak in their first trade of the day. What are your early thoughts on the deal?