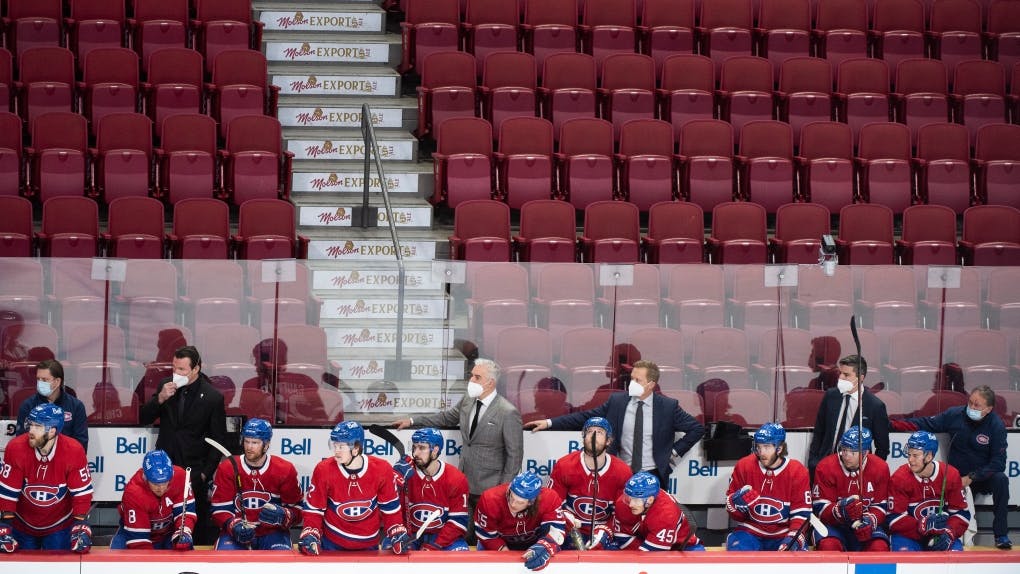 By Cam Lewis
9 months ago
The Edmonton Oilers will look to improve on their three-game winning streak as they take on the miserable Canadiens in Montreal on Saturday night.
1. It’s been an incredible fall for the Montreal Canadiens, who just last summer reached the Stanley Cup Final. I think everyone knew that the Habs run last year was a bit of a fluke and that the team wouldn’t be a serious contender this season, but this level of implosion isn’t what was expected. Coming into 2021-22, Montreal looked at least solid enough to be in the mix for a playoff spot.
The Habs currently sit dead last in the league with an 8-27-7 record and are surely going to put together the worst season in league history for a previous year’s Stanley Cup runner-up.
2. The Oilers had a poor season after their run to the 2006 Stanley Cup Final, but that wasn’t as much on an implosion as we’ve seen from this Habs team. The Oilers were competitive for a decent chunk of 2006-07 but fell off a cliff after trading Ryan Smyth at the trade deadline. Edmonton would drop 18 of their final 20 games following the Smyth trade, finishing the season with a 32-43-7 record, sixth last in the league.
Montreal is currently on pace to finish the season with a 16-53-13 record.
3. The Oilers saw an exodus of key players after the 2006 run, as Chris Pronger asked for a trade, and veterans Sergei Samsonov, Michael Peca, Radek Dvorak, and Jaroslav Spacek left the team in free agency. After their run, Montreal lost Jesperi Kotkaniemi to an offer sheet and they allowed Philip Danault, Tomas Tatar, and Corey Perry to walk in free agency. Perhaps the biggest loss for the Habs last off-season was Shea Weber’s career ending due to injury. Carey Price has also spent the entire 2021-22 season thus far in the NHLPA’s Player Assistance Program.
4. The Oilers had a bit of a tough time with the Habs in the All-Canadian Division last season. Montreal and Edmonton played each other nine times, with the Habs earning the edge in the season series with five wins. The 2021 Habs did a very good job of shutting down Edmonton’s offence, as the Oilers averaged just 2.44 goals per game against them.
This year’s version of the Habs won’t be able to shut down the Oilers like they did last season. Losing Price and Weber is obviously massive, but the Habs also certainly miss Danault, who was an incredibly effective shutdown pest for them down the middle.
5. It’ll be interesting to see how the Habs handle the trade deadline. They fired Marc Bergevin back in November and replaced him with a tandem front office of Jeff Gorton and longtime player agent Kent Hughes. Gorton said in his introductory press conference that he wouldn’t shy away from a full-on rebuild, so we could see Montreal do a firesale in March.
There are some obvious names the Habs will look to move, like impending unrestricted free agents Ben Chiarot, Brett Kulak, Chris Wideman, and Cedric Paquette, but the question is which players with team control they’ll shop around. It’s hard to imagine anyone on this roster is untouchable.
6. Is there a move to be made between the Oilers and the Habs?
Chiarot is a name we’ve seen associated with the Oilers in the past. He’s a big, physical, defensive defender who was excellent for Montreal during their run last season, leading the team with 25:15 of average ice-time per game. Chiarot is Montreal’s best rental player so he won’t come cheap and he also has a 10-tram no-trade clause. I’m not sure he’s enough of a game-changer for the Oilers to give up a first-round pick to acquire.
What about a goaltender? Jake Allen has one more year left on his contract at $2,875,000 but it’s hard to say if he’s actually an upgrade over Mikko Koskinen. And then there’s Price, who hasn’t yet played since getting surgery done over the summer. Price’s contract is massive, at $10,500,000 annually for four more years, and he’s still a big gamble even if Montreal retails half of his salary.
7. With three consecutive wins, the Oilers are suddenly back up to ninth in the Western Conference in terms of points percentage. These next two games against Montreal and Ottawa are very winnable and the Oilers need to capitalize and extend this winning streak to five games.
In terms of the Pacific Division, the Oilers are two points back of San Jose with four games in hand, they’re two points back of Calgary with the same amount of games played, they’re six points back of Los Angeles with five games in hand, and they’re eight points back of Anaheim with seven games in hand. There’s plenty of time to catch up, but the schedule is going to get much more difficult in February, so winning these games against bottom feeders is important.
8. Saturday night’s game will feature the debut of the newest member of the Oilers, Evander Kane. Back in 2018, the Sharks traded a first-round pick to acquire Kane from the Buffalo Sabres. In his Sharks debut, which ironically came against the Oilers, Kane picked up two assists and had two shots on goal. I suspect we’ll see a very motivated Kane in Montreal.