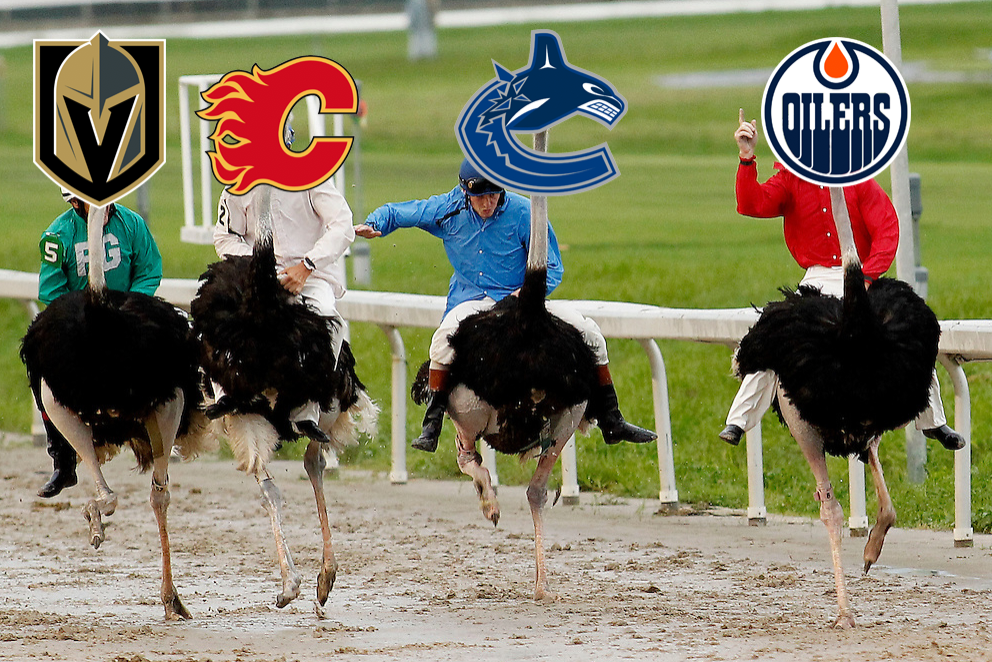 By Cam Lewis
11 months ago
We’re back!
After an extended Christmas break, the Oilers will resume play tonight in St. Louis when they take on the Blues. Here are your game day notes, plus a look at the Pacific Division coming out of the break.
1. The Oilers activated Mike Smith from the Long-Term Injured Reserve this morning and he’ll start tonight’s game in St. Louis. Smith started Edmonton’s first three games of the season and has been on the shelf with a lower-body injury since. He was a rock in the first two, earning wins over Vancouver and Calgary by stopping 81 of 85 shots. He had a rough go in the third one in Anaheim, as he allowed four goals on 15 shots before leaving due to that aforementioned injury.
2. I had wondered if the Oilers would opt to waive Mikko Koskinen and ride with rookie Stuart Skinner in a tandem with Smith. Koskinen has had some good games but Skinner was the superior goalie between the two of them in Smith’s absence. Given Koskinen’s hefty $4.5 million cap hit and enigmatic play he would likely clear through waivers and the Oilers could carry him as their Taxi Squad goaltender. The team has decided to roll with the Smith and Koskinen tandem while sending Skinner back down to the Bakersfield Condors of the AHL.
3. The Oilers will be operating shorthanded tonight as four players (Darnell Nurse, Jesse Puljujarvi, Zack Kassian, and William Lagesson) are currently in COVID-19 protocol. Duncan Keith and Ryan Nugent-Hopkins have been activated from protocol and will be ready to go tonight and Zach Hyman is also back from the injury that kept him out of the lineup for a few games before Christmas break.
4. Dmitri Samorukov, the team’s No. 84 overall pick from the 2017 draft, will make his NHL debut tonight. Samorukov has a decent amount of professional experience as he’s logged 67 games at the AHL level over three seasons and he played the 2020-21 season with CSKA Moscow of the KHL. He’s waiver-eligible next fall so I imagine the Oilers will give Samorukov an extended look at the big league level this season.
5. The Oilers are coming out of the break sitting in fourth place in the Pacific Division both in terms of points and points percentage. The Pacific is much more competitive than it was the last time we saw it in 2019-20 and Edmonton is going to have to put together a strong second half of the season in order to make the playoffs. The Seattle Kraken are the only team in the division not in the mix for a playoff spot.
6. The biggest change from 2019-20 to 2021-22 is that the California teams have gotten better. Back in 2019-20, the California teams made up the bottom three spots in the Western Conference standings and wound up being the only three Western teams to not participate in the summer playoff bubble. This year, the Kings and Sharks have improved from basement dwellers to middling teams with 33 points in 31 games each while the Ducks have surprisingly broken out with 40 points in 32 games.
7. Anaheim looks like a completely different team this year than last year. In 2021, they finished dead last in the league with 126 goals scored over 56 games, an average of just 2.25 goals per game. This season, they rank seventh in the league with 103 goals through 32 games, an average of 3.2 goals per game. Anaheim’s surprising season has been fueled by the addition of rookie Trevor Zegras and Troy Terry coming out of nowhere with a breakout performance. Terry scored 15 goals in his first 129 NHL games and he has 18 goals in 31 games this season.
8. It’ll be interesting to see if the Ducks deviate from their rebuild plans and buy at the trade deadline. The team has missed the playoffs in three consecutive seasons, which is tied for their longest drought in franchise history. Those three poor seasons resulted in them adding Zegras, Jamie Drysdale, and Mason McTavish at the draft, so they’ve already built themselves a nice core to build around. Anaheim has a nice combination of young and veteran talent along with elite goaltending so this might be a group to go for it with.
9. The Golden Knights are the team to beat in the Pacific. They had some key injuries early on but they’ve been rolling since Max Pacioretty and Mark Stone returned to the lineup. Vegas is currently 21-12-0 and they’ve won nine of their last 11 games. It’ll be interesting to see how the team looks when Jack Eichel comes off of the Long-Term Injured Reserve, and it’ll be even more interesting to see how they make it work with the salary cap. Eichel carries a $10 million cap hit so Vegas will have to do some gymnastics.
10. It looked like the Canucks were dead but they’ve turned their season around since firing Jim Benning and Travis Green and bringing Bruce Boudreau behind the bench. The Canucks are 6-0-0 with Boudreau and now have a 14-15-2 record. It’ll be an uphill battle for Vancouver to make the playoffs but it certainly isn’t impossible. In 2007-08, the Washington Capitals had a 6-14-1 record when Boudreau replaced Glen Hanlon. They went 37-17-7 the rest of the way and won the Southeast Division. The Canucks don’t have Alex Ovechkin, who buried 65 goals and won the Hart Trophy that year, but there’s enough talent there to go on a run.
11. Finally, there’s the Flames, who, like the Oilers, limped into the Christmas break. The Flames were among the hottest teams in the league back in November but they went on a four-game losing streak in December before shutting things down as virtually their entire roster tested positive for COVID-19. Calgary has been doing well with Darryl Sutter behind the bench. They have very strong underlying numbers and they’ve allowed the fewest goals against in the league. I doubt their goalies will carry a .931 save percentage the entire season but it seems Sutter’s system is working.

Get ready to celebrate the best and the brightest this season has to offer. For decades, Jasper in January has been the nexus for joyful mountain culture and good times in any weather. Rediscover this playful festival with the help of your favourite winter activities, now featuring some fresh new twists. Snag great deals on ski, spa and multi-day stays, all served in a tall glass of sparkling mountain wonderland. Click here for more details.
Matchups
News
Recent articles from Cam Lewis