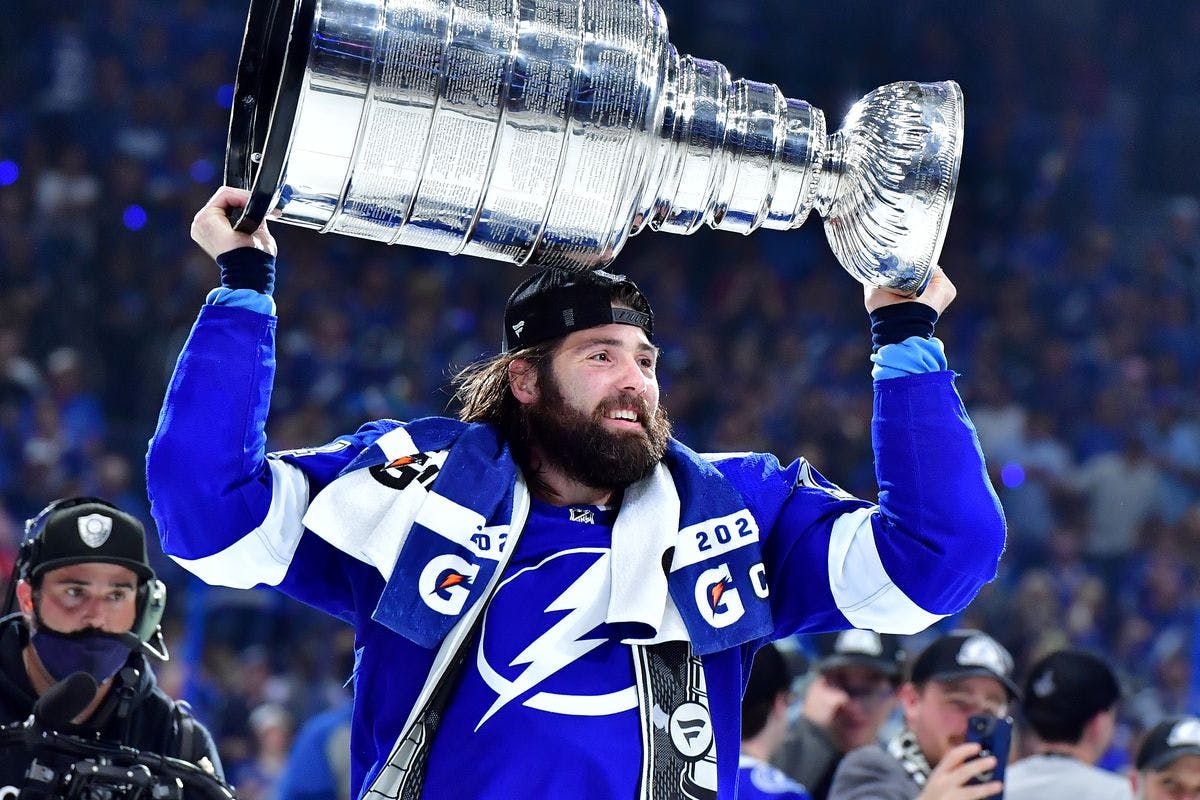 By Cam Lewis
10 months ago
After a huge win over the Washington Capitals on Wednesday, the Edmonton Oilers will face another test as they host the Tampa Bay Lightning on Saturday night.
1. The Oilers got some help on Thursday from an unexpected source.
The Vegas Golden Knights got dropped by the Sabres in Jack Eichel’s return to Buffalo by a score of 3-1. Both of the players who were sent to Buffalo in the Eichel trade scored for the Sabres, as Peyton Krebs opened the scoring and Alex Tuch iced the game with an empty-netter. After the game, Eichel sounded off on Buffalo, saying his return was louder than he had ever heard the fans during his seven years with the Sabres.
2. Vegas is now 32-24-4 for the season, and 4-7-1 with Eichel in the lineup after suffering yet another loss on Friday night, this time to the Pittsburgh Penguins. The Oilers are now just two points back of the Golden Knights in the standings with two games in hand.
3. While the Golden Knights have been sputtering, that isn’t the case with many of the other teams the Oilers are competing with for playoff spots in the Western Conference. The Dallas Stars, Los Angeles Kings, and Calgary Flames are all 7-2-1 in their last 10 games, and the Flames just pulled off an impressive win over the Lightning in Calgary on Thursday night.
Jacob Markstrom stopped 30 of 31 shots and Johnny Gaudreau scored a hat-trick, helping the Flames to a 4-1 win over the back-to-back Stanley Cup Champions. The Flames are now 11 points clear of Edmonton in the standings and they have a game in hand. With a 35-15-7 record and a plus-61 goal differential, it’s pretty clear that the Flames are the team to beat in the Pacific Division.
4. The Oilers lost their first meeting of the season with the Lightning back in February by a score of 5-3. Edmonton played quite well that game, as they outshot Tampa 30-to-22, but Mike Smith had a rough outing in net.
It’s been quite a while since the Oilers last beat Tampa Bay. The teams didn’t meet in 2021, Tampa won the only game they played in 2019-20 as the second was wiped due to COVID-19, and the Lightning won both games in 2018-19. Edmonton’s last win over the Lightning was in February of 2018 when Connor McDavid popped off with four goals…
5. It’s been just over a month since the Oilers fired Dave Tippett and Jay Woodcroft took over the bench. The Oilers immediately went on a five-game winning streak to kick off the Woodcroft era but, since then, they’ve won just three of nine games. All told, that’s an 8-5-1 record for the new guy.
The record is solid all in all, but the most impressive part of Woodcroft’s tenure thus far can be seen in Edmonton’s much-improved underlying numbers. With Tippett behind the bench, the 2021-22 Oilers were in the middle of the pack in terms of Expected Goals For Percentage (based on shot volume and quality) at 50.8. Since Woodcroft took over, the Oilers have the league’s fourth-highest xGF% at 54.8.
6. The Woodcroft Oilers, more often than not, are outshooting and out-chancing their opponents at even-strength, but the thing that’s been holding them back over this nine-game run has been goaltending. In the three wins over this nine-game stretch, the Oilers didn’t allow more than three goals against. In the six losses, they allowed more than three goals four times.
Back in 2019-20, I wrote on ‘The Rule of Three Goals Against’ for the Oilers. If Mike Smith and Mikko Koskinen could keep it to no more three goals against, the Oilers would very likely find a way to win the game. The team went 37-25-9 that season and only three of those wins came when they allowed more than three goals.
It’s pretty much the same case this year. The Oilers are 31-23-4 this season and their record when allowing more than three goals is 3-18-2. When Smith, Koskinen, or Skinner keeps to three or under, the Oilers have a 28-5-2 record.
“Teams win when they get solid goaltending” obviously isn’t groundbreaking analysis on my part, but this all goes to show just how difficult it is to win a game when you allow more than three goals against.
7. Even when you boast an elite offence as the Lightning do, it isn’t easy to win a game in which you allow more than three goals. 20 times this season the Lightning have allowed more than three goals in a game and they’ve won just four times. Meanwhile, on the other side of that, if Tampa scores four goals in a game, they’re 24-1-0 this season.
8. The Oilers sent Stuart Skinner down to Triple-A Bakersfield on Friday, so they’ll be operating with the Koskinen and Smith tandem moving forward, rather than the three-headed goalie monster we thought they would be using for a little while. For better or worse, it seems this is the duo the Oilers are going to roll with. Let’s hope Smith goes on one of his hot streaks. The organization hasn’t given any indication that they’ll be giving up on him anytime soon.
Matchups
News
Recent articles from Cam Lewis