By Jason Gregor
1 year ago
Not even Oilersnation Superfan, Wanye Gretz, thought the Oilers could win nine of their first 10 games.
“Good gawd, it is insane,” he began. “Neon (Draisaitl) and God’s son (McDavid) are scoring as easy as Messier at Goose Loonies. We have a Bison King (Puljujarvi) on the ice and in the stands. Baby Nuge (Nugent-Hopkins) looks as young as my son, and scores as much as he does in our heated mini stick games. Jersey Shore (Shore), Duncan Donuts (Keith) and Cee Cee Peniston (Ceci) are silencing the calculator clowns. And how about Mikko? I’m sure he’s leading the league in glove saves, even. Things are so good even the complaints from the Corski and Fenski crowd is down to 10 per 60, or whatever number they use.”
If you don’t know, the Oilers have never won nine of their first 10 games. They were 8-0-2 in 1984/1985, but even those Stanley Cup winning teams never started a season 9-1. It is a small side note in a season, but it illustrates how good of a start the Oilers have had.
Edmonton has scored first in six of their nine games and won all six. They’ve benefitted from good starts, and tonight it might be more of a challenge due to the Kevin Lowe jersey retirement ceremony. Of course the players want to sit on the bench and watch, as they should. It is a special moment. And at least this time the teams will warmup after the ceremony, unlike some previous ceremonies where the players warmed up, went to the room while the ice was flooded and returned to watch the 30-45 minutes ceremony. But then they had to play and most of them had no jump in their legs.
That won’t be an issue for the Oilers or Rangers tonight and that should lead to a more entertaining first period. Edmonton has been a dominant front runner this season. They are 6-0 when they lead after the first period and 7-0 when leading after the second. No team has led more heading to the first intermission and getting a lead on the Rangers will be a big advantage as the Ranger’s offence has struggled this season with only 12 goals at 5×5 in 10 games.
While many fans are as giddy as Wanye Gretz, some are still leery of a hot start. You can’t win in the playoffs in November. It is impossible, since the playoffs don’t start until May. All the Oilers can do is try and improve on their strong start and take advantage of a favourable early season schedule. Tonight is their 10th game in 24 days with seven matches coming on home ice. Good teams make the most of these opportunities and so far Edmonton has done that.
Tonight is the first time Connor McDavid and Leon Draisaitl will be part of an Oilers jersey retirement. Many of the all-time Oilers greats will be in attendance, and I sense both of the Oilers superstars are excited for the opportunity to celebrate the past, but also show those in attendance that the present-day roster is poised to do great things as well.

Draisaitl – McDavid – Puljujarvi
Hyman – RNH – Yamamoto
Foegele – Shore – Kassian
Perlini – Ryan – Turris
Nurse – Bouchard
Keith – Ceci
Koekkoek– Barrie
Koskinen
Dave Tippett switched his four lines last game and it worked, with three of them scoring at 5×5, and he will stick with those lines to start tonight. I expect him to experiment with different combinations throughout the season.
Koskinen starts his seventh game in a row. Is it too many? This season is much different than last. Koskinen arrived in Edmonton, quarantined for two weeks, and his first day out of quarantine was the first day of training camp. There were no preseason games. He started the first seven games and went 3-4 with a .907Sv% and 3.14 GAA. He made seven starts in 12 days.
This season Koskinen arrived to Edmonton earlier, with his family, and was on the ice for “Captain skates” prior to training camp. He appeared in four preseason games for a total of 170 minutes. Tonight he makes his seventh start in a row, but it comes in 16 days. He’s had more preparation and more rest between games than last season and it has shown in his results. He is 6-1 with a .934Sv% and 2.18 GAA. After tonight the Oilers don’t play again until Tuesday in Detroit. They could play Skinner in Detroit and then Koskinen wouldn’t have to play again until Thursday. The schedule hasn’t been congested and that has allowed Koskinen to start seven in a row without any concern of fatigue.
Mike Smith practiced yesterday, but he isn’t feeling right yet. “We don’t want to put him in a bad situation and set anything back,” said Tippett. “He is close. He was good yesterday, but then struggled today. I also don’t want Skinner sitting around much longer so we will get him into a game.”

Krieder – Zibanejad – Goodrow
Panarin – Strome – Kakko
Lafreniere – Chytil – Blais
Hunt – McKegg – Gauthier
Lindgren – Fox
Miller – Trouba
Tinordi – Nemeth
Georgiev
New York has had trouble scoring goals, with only 12 goals at 5×5 in 10 games. Chris Krieder leads them with seven goals, including five on the power play. Their forwards have 21 goals while Edmonton’s forward group has 35 goals in nine games.
In a surprise move they are starting Georgiev instead of Shesterkin, who will play tomorrow in Calgary. Georgiev has a .873Sv% and 3.51 GAA in two starts.
The first goal will be important. Edmonton is 6-0 when scoring first, while the Rangers are 5-0-1. Edmonton has allowed the first goal three times. Only the Bruins and Islanders are better, having given the first goal twice and once respectively. When the Oilers score first it forces teams to open up a bit more and that favours the high-scoring Oilers right now. 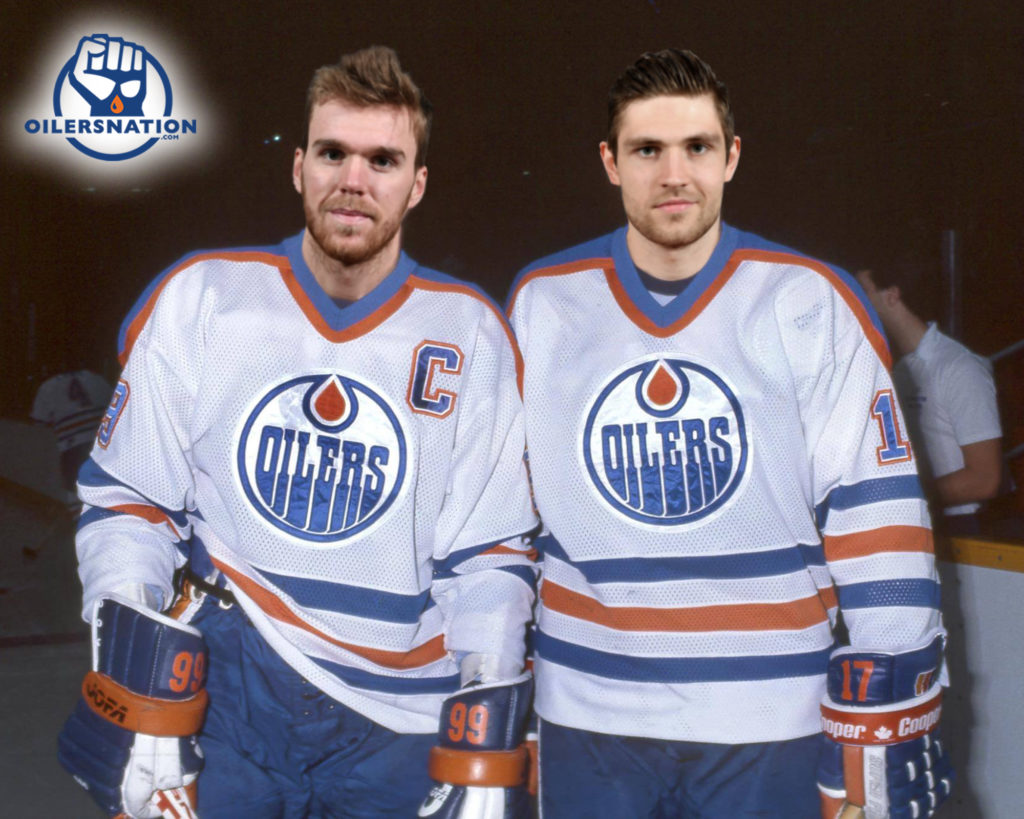