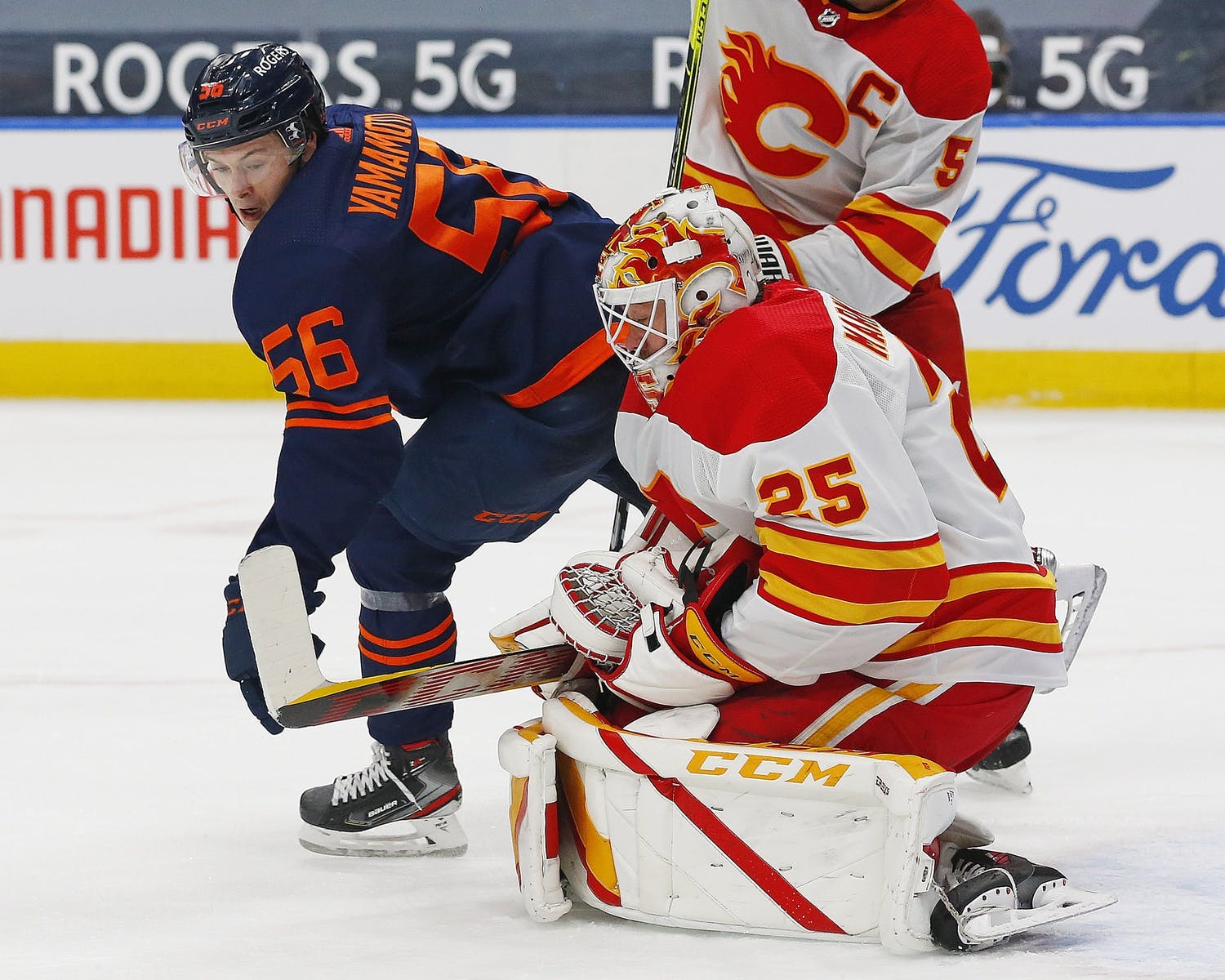 By baggedmilk
1 year ago
There’s always something special about a Saturday night matchup with the Calgary Flames, isn’t there? Ladies and gentlemen of the Nation, I welcome you to a brand new GDB to help us all get prepared for the 253rd installment of the Battle of Alberta.
Even though we’re only in the early days of this new season, I couldn’t think of a better time for the boys to get a dose of Battle of Alberta action under their belts than on this first Saturday of the year. I mean, are there games on the schedule more exciting than when these two teams come together, especially with the rage of last couple of years? How can you not get fired up about a game with our provincial rival that could potentially set the tone for what teams should expect when they come to our barn? Too much? I don’t think so. I think this should be a statement game that puts the league on notice that Rogers Place will not be a friendly place to play, something that wasn’t the case last year in the all-Canadian season. Either way, games against the Flames have become must-see TV over the last couple of seasons after years of having them steal our lunch money on the regular, and I’m fully expecting that trend to carry over once again in 2021-22.
Over the past two seasons, the Oilers and Flames have played each other about as even as you could ever expect — both teams have won seven of the 14 games they’ve played — and I’d bet all of Gregor’s money that this season’s series will be just as close. Even though I’d strongly consider the Oilers to be the better team, the Flames always seem to get jacked up for these games and that hutzpah has earned them a handful of wins they probably didn’t deserve over the past few years. And if the Oilers are going to get off on the right foot and grab an early series lead, they’re going to need to play a complete game from the crease on out without getting too carried away with the post-whistle shenanigans. I’m talking about maintaining discipline, locking things down defensively, making strong puck choices, and capitalizing on any chances the Flames throw their way… all of it. As much as I want to assume these should be an easy two points to add to our totals, history suggests that grabbing them won’t be nearly so simple.

Draisaitl – McDavid – Puljujarvi
Hyman – RNH – Yamamoto
Foegele – Ryan – Kassian
Perlini – McLeod – Turris
Nurse – Barrie
Keith – Ceci
Koekkoek – Bouchard
Smith
On Wednesday night, Evan Bouchard played the third-most minutes among Oilers defencemen and I wonder if that’s a signal that the former 10th overall pick could be moving up the depth chart quicker than anticipated. Now, I’m not saying that Tippett doesn’t trust his second pairing — Keith and Ceci played 16 and 15 minutes respectively — but I do think that Bouchard is good enough to force his way up the lineup whether the Oilers are ready for it or not. And frankly, having him steal a spot in the top-4 sooner than later would likely make a lot of Oilers fans happy since many of us will be stressing about this group until they prove themselves.

Gaudreau-Lindholm-Tkachuk
Dube-Monahan-Mangiapane
Lucic-Backlund-Lewis
Gawdin-Ritchie
Hanifin-Andersson
Zadorov-Tanev
Kylington-Gudbranson
Valimaki
Markstrom
An oddity of the NHL schedule, the Flames will be playing their first game tonight after waiting around for an extra handful of days while everyone else was getting going. The shift in schedule shouldn’t be too strange for them, however, as the Flames and Canucks were still playing regulation games even after the playoffs had started last year, amplifying the embarrassment that both franchises have become.
***UPDATE*** Flames going with 11 forwards and seven defencemen tonight since Coleman is suspended.

This off-season, after banking on stability and consistency and not getting much in the way of results, the justification for standing pat with the same core group was much more challenging. The core was changed somewhat, as captain Mark Giordano was claimed by the Seattle Kraken in the expansion draft. Aside from that, the same core group has been brought back for 2021-22, augmented with the addition of Blake Coleman (a key role player on back-to-back Stanley Cup teams with Tampa Bay).
After seven seasons, here’s where the Flames are at: they’ve won seven Stanley Cup playoff games (and one round) in seven seasons and missed the playoffs entirely three times. They’ve put together a core group that seems like it’s good enough to push for a playoff spot, most of the time, but hasn’t been able to make significant hay once they’ve gotten there.
This summer, Treliving made no significant changes to the core. This suggests one of two things: either he really believes in the group that he’s built and didn’t want to make changes, or he wanted to make changes to the group but wasn’t able to pull anything off. And if the Flames group that Treliving has put together can finally break through this season and be everything he believes they can be, it’s no harm and no foul – after stops, starts and sputters, perhaps the Treliving plan is sound and it was just a matter of executing it. 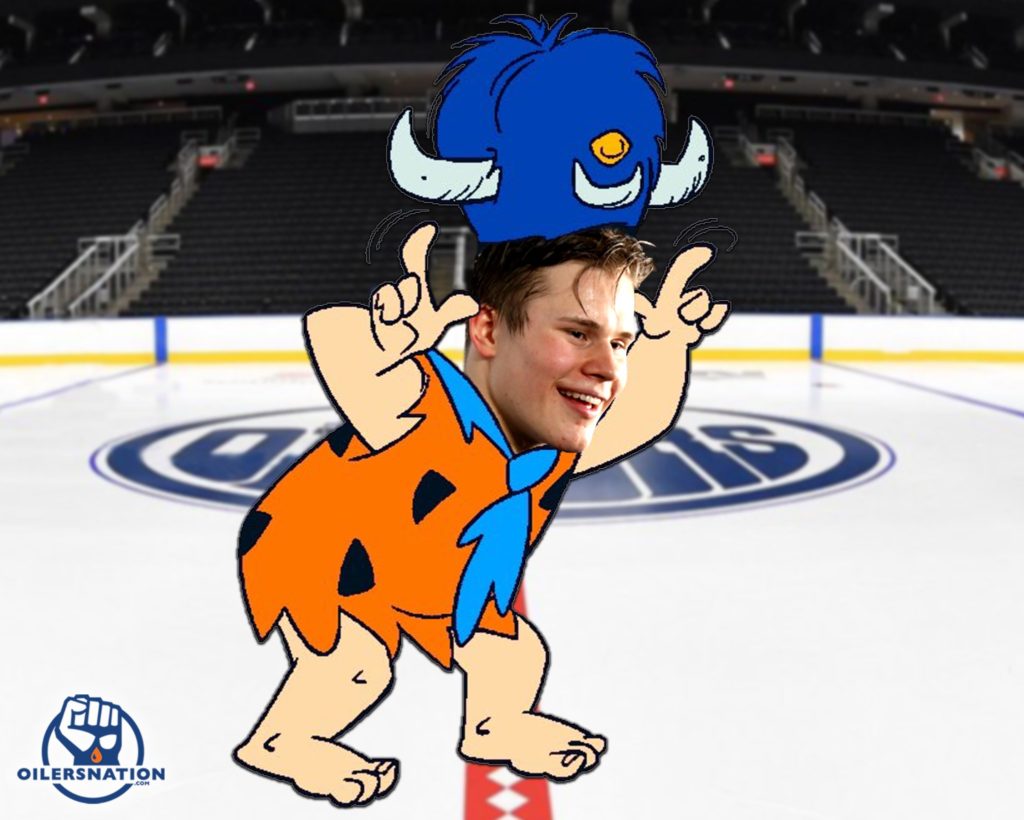