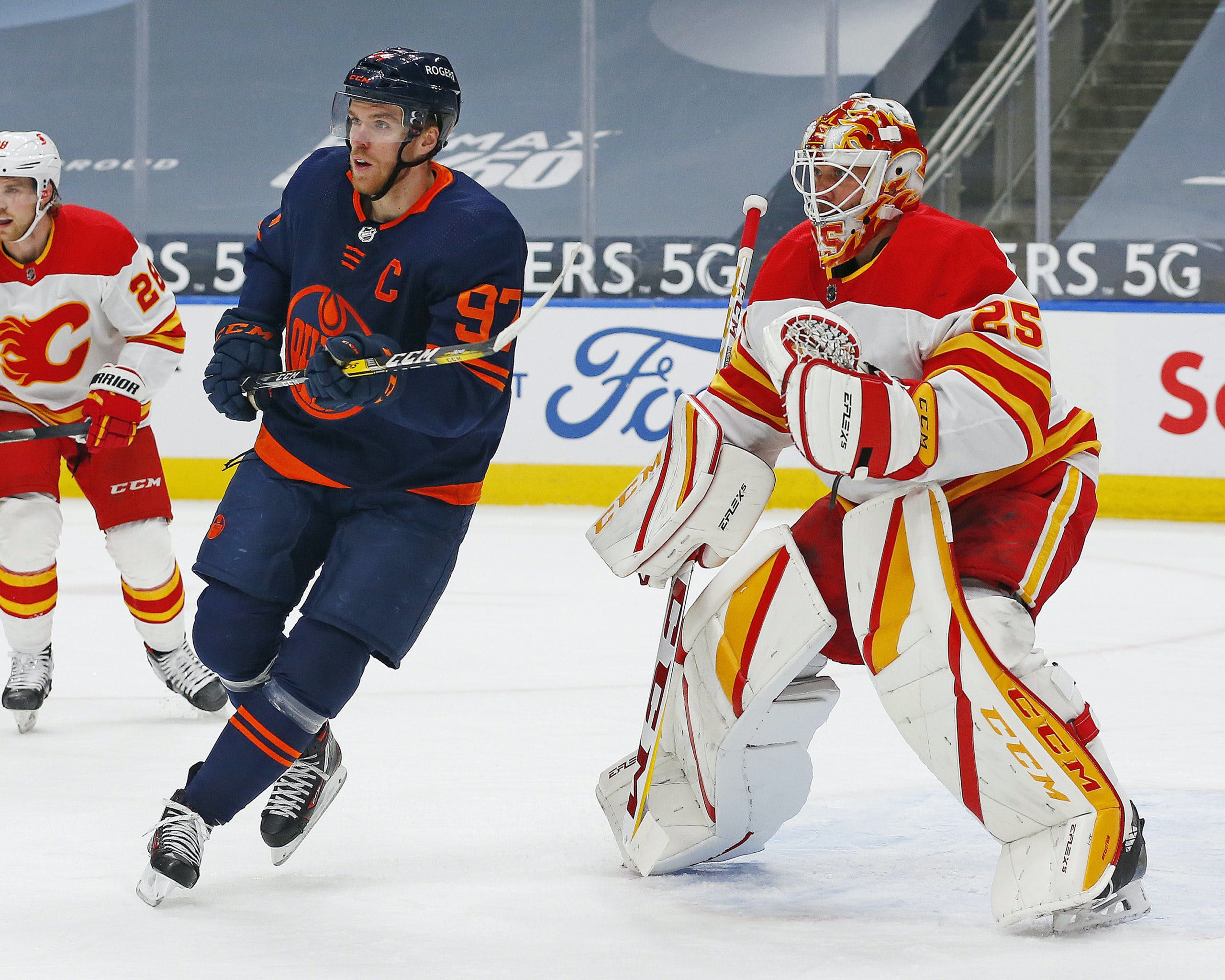 By baggedmilk
10 months ago
At 2-11-2 in their last 15 games, the Edmonton Oilers are in desperate need of a win for both themselves and the city, and I’m wondering if maybe a nationally televised Battle of Alberta could be just what the doctor ordered? We’re only a few hours away from finding out.
As I sat down at my laptop this morning to start putting together this GDB, I found myself staring at the screen with no ideas about what to write because I’m honestly at a loss for words with the way things are going. I’ve been doing this job for a long time and you’d think that I’d be used to covering losses at this point, but this last month and a half has been about as demoralizing as anything we’ve ever experienced together and I wonder if we’ve even seen rock bottom yet. Normally, I’m pretty good at looking for silver linings and trying to make the best out of a bad situation, but even I’m struggling to find good news in what’s going on here. Not only have the Oilers lost 13 of their last 15 games and find themselves plummeting down the Pacific Division standings like a rock towards the fiery pits of hell, but the way they’re losing is as ugly as anything I can remember and I say that having lived through and written hundreds of articles about the Decade of Darkness. I mean, normally I’d be pretty damned excited about a Saturday night Battle of Alberta, but these days, I’m finding it harder and harder to even justify the time commitment. Am I the only one? Maybe tonight’s game will be different and the boys will get fired up to play their provincial rival, but based on the way the last six+ weeks have gone, I’m not exactly holding my breath.
Regardless of how we’re feeling about the team, there is no doubt that the Flames seem to bring out the energy in our group and that’s what I’m hoping for tonight. If you’re looking for positives ahead of round two of the BOA season series, the Oilers are 7-4-0 against the Flames over the last two seasons and 5-1 at home specifically. In those games at Rogers Place, the Oilers have averaged over four goals per game while allowing two or fewer, which is the exact level of execution that we need to get out of this slide. Not to mention, if there’s one team that the Oilers always seem to get fired up to play it’s the Calgary Flames, and I’m hopeful a classic Saturday night Battle of Alberta is just what they need to start turning this thing around. Now, that all said, I know as well as the rest of you do that past results don’t mean squat as for what happens in mid-January, but you have to admit that I’m putting the work in here to try and keep us all motivated, ya know? So what if the Oilers have lost 13 of their last 15 games and it seems like the sky is falling on a daily basis, a win against the Flames would go a long way to walking us all back off the ledge and I truly believe they can get this done. It’s either that or we get the alternate ending that sees the Oilers get lit up on Hockey Night in Canada with the whole country watching and every other fanbase has yet another opportunity to dunk on us while throwing sand in our eyes. Good times, amirite?
Let’s see what the numbers say.

Perlini – McDavid – Yamamoto
Foegele – Draisaitl – Puljujarvi
Benson – McLeod – Turris
Shore – Ryan – Sceviour
Nurse – Bouchard
Keith – Ceci
Russell – Koekkoek
Koskinen
According to Jack Michaels, these are the line combos that we should expect for tonight’s game but he was not net sure why Kassian was not on the ice, so we’ll have to see what happens there. Either way, this is a game that the Oilers have to get fired up to play and anything less will be a nationally televised disaster that I’d rather not live through, ya know?

Gaudreau – Lindholm – Tkachuk
Coleman – Backlund – Mangiapane
Lucic – Monahan – Dube
Lewis – Richardson – Ritchie
Hanifin – Andersson
Kylington – Tanev
Zadorov – Gudbranson
Jacob Markstrom
While not quite as bad as the Oilers, the Flames are struggling too and have only managed three wins in their last 10 games, which tells me that they’re going to come out firing.

Friends, the Flames have games in hand on the entire Pacific Division. That ranges from one game (on Edmonton) to eight games (on Anaheim). By points, the Flames are fifth in the Pacific Division, three points back of Los Angeles for the last divisional playoff spot. By points percentage, they’re second (behind only Vegas). Right now, the Flames are focusing on the chase and locking in on one number: their points total.
The Flames enter Saturday’s game four points up on Edmonton with a game in hand. A win can put them six points up with a game in hand and give them a bit of breathing room. Moreover, the Flames have won just once in their past five games and just three times in their last 11 games. The Flames are feeling better about their game lately, but try mentioning the playoffs in front of Darryl Sutter and see how that goes for you.
A Calgary win gives the Flames some breathing room, momentum, and likely allows them to focus on reeling in the four teams in the standings ahead of them rather than being overly concerned about being reeled in themselves by the likes of Vancouver and Edmonton. 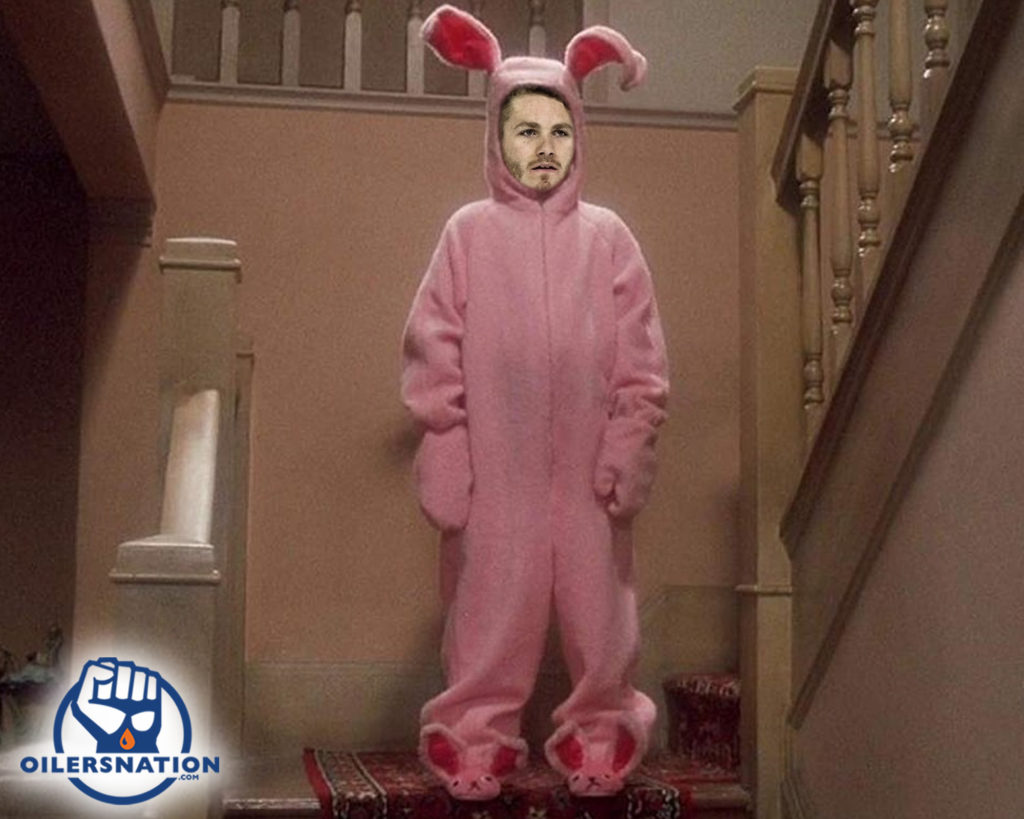