By Jason Gregor
9 months ago
The Chicago Blackhawks have only won eight of their 24 road games (8-12-4) and have been outscored 82-60, but despite those less-than-flattering numbers they are not the free space on the Bingo card for the Edmonton Oilers.
Edmonton has not taken advantage of the last change or their hometown crowd for the past two months. The Oilers were a juggernaut at home to start the season going 9-1, outscoring teams 43-28 with a 34.4% power play and 87.5% penalty kill. Oilers fans left the building giddy almost every night. They stood outside the arena, banging on the windows as players conducted their post-game interviews. @Jesse Puljujarvi, @Zach Hyman and @Connor McDavid’s name were chanted while they spoke. It was a fun times in Oilersville.
But the past two months the joy outside Rogers Place has been scarce. Edmonton is 3-8 at home. They’ve been outscored by almost a two-to-one margin (43-22), their PP dipped to 19.4% and their penalty kill has been a dreadful 59.4%. To make matters worse fans haven’t been able to drown their sorrows with a greasy hot dog or overpriced beer.
However, fans going to tonight’s game will be able to enjoy food and beverages again. They are hoping the return of food will coincide with the return of good play on home ice. Edmonton was 5-0-1 heading into the All-Star break, so maybe last night was just an off-night. But, wow, was it a terrible performance by the team. How many players performed well in your eyes?
Teams always say they prefer playing right away after a bad performance, so we’ll find out tonight if they mean it. Edmonton wasn’t good in any facet of last night’s game. I’d argue it was one of their worst overall performances of the season. They have played games where they generated a lot, or didn’t give up much and still lost, but last night the only positive I could see was they didn’t allow a power play goal. Granted, Vegas only had one PP, but when your penalty kill has struggled not allowing a goal is a positive.
There was no morning skate and even coming to the rink was optional for the players. Head coach Dave Tippett gave them some leeway and we’ll see how they respond tonight. The next two weeks are very hectic, so even after a lethargic effort the coaches have few options. A short, hard practice wasn’t an option today and with them playing their third game in four nights on Friday, tomorrow isn’t an option either most likely.
The coaches can use tomorrow for video work, and possibly a brief practice, but Saturday is probably the only day in the next 10 where Edmonton will have any semblance of a normal practice. Many teams are in the same boat, so there is no excuse for more shoddy play. The Oilers need to be better tonight.

Kane – McDavid – Yamamoto
McLeod – Draisaitl – Kassian
Hyman – RNH – Puljujarvi
Foegele – Shore – Ryan
Nurse – Bouchard
Keith – Ceci
Lagesson – Barrie
Skinner
The Oilers didn’t have a morning skate and Tippett’s media avail isn’t until 3:30 p.m. He might shuffle a line or two, but I think he will give the skaters a chance to redeem themselves. @Stuart Skinner likely gets his third start since December 19th. He defeated Montreal on January 29th, and lost to Ottawa in Edmonton on January 15th.
But he has made eight starts in the AHL in that span. He started games on December 29th and January 1st, 2nd, 6th, 7th and 9th and February 4th and 5th. He went 6-0-2 in those starts and stopped 205 of 222 shots (.923Sv%) and a 2.07 GAA. He has played very well in Bakersfield.
In his last seven starts in the NHL he has stopped 177 of 220 shots (.885Sv%). In his first four starts he stopped 130 of 139 shots (.935Sv%). In his 11 starts, and one relief appearance, he has stopped 348 of 385 shots (.908Sv%). He is right around league average, which is solid for a rookie. He has progressed nicely the past few seasons and tonight presents another opportunity for him.
***Update.***
Tippett just announced at 3:50 p.m. that Mike Smith will start in goal. And there will be a few subtle lineup changes he said. Usually he has inserted guys in back-to-back situations. So you could see Perlini, Benson or Turris tonight. 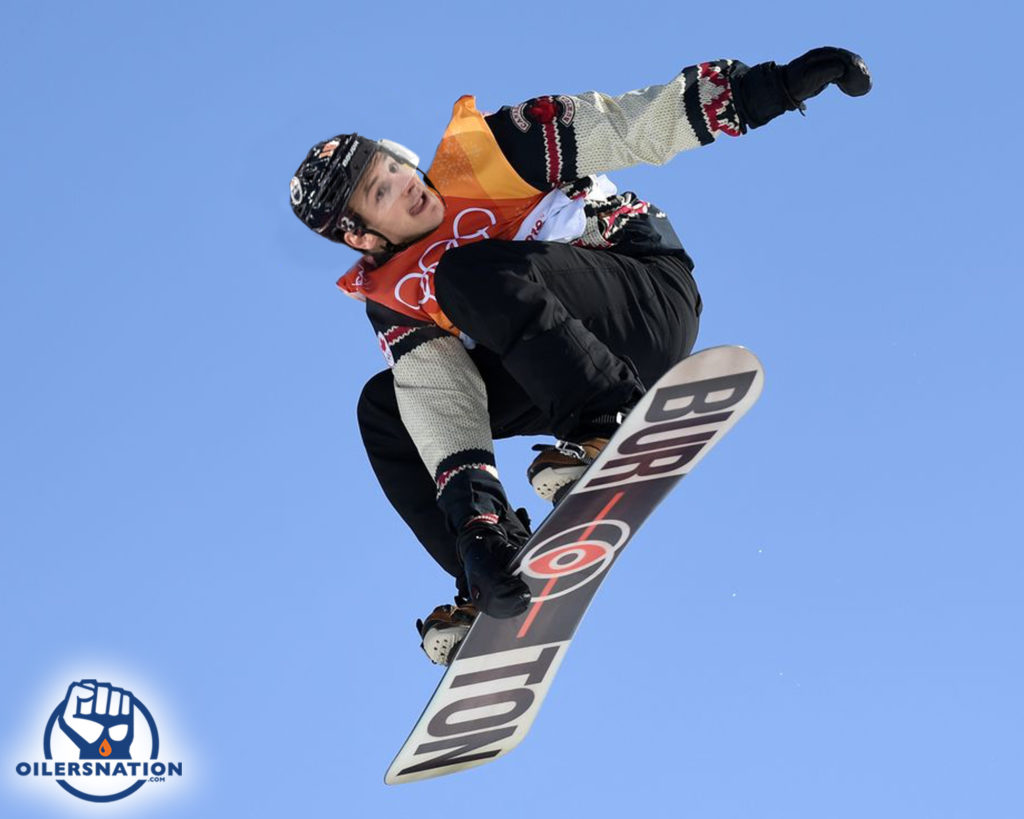