GDB +10.0 Wrap Up: Absolute domination, Oilers take series lead with 4-1 beat down of the Flames By baggedmilk
8 months ago
Do you like apples? Final Score: 4-1 Oilers
How can you not love a Battle of Alberta that starts at 6 o’clock on the Sunday of a long weekend? Everything about the setup for this game was fantastic, and I spent my day basically pacing around the house in eager anticipation for puck drop. I fired up the BBQ, cracked a couple of NationBeers, and lived my best life in an attempt to do my part in setting the right vibes for victory. So when the Oilers started the game like a house on fire, I could feel the heart rate soaring like I was doing some kind of workout rather than just sitting on my couch screaming at my TV. Without question, this was the best start the Oilers have had in this series and had it not been for @Jacob Markstrom coming up big with saves and horseshoes, the boys could have easily found themselves up by a goal or twelve. Absolutely buzzin. Yet, despite their best efforts, the Oilers couldn’t get anything done on the scoreboard and needed to keep their foot on the gas without stopping for even a minute.
Moving into the second period, the Oilers did exactly what we hoped we would and kept pressuring the Flames until they were back on their heels and leaving skids in their undies. Just as we saw in the opening frame, the boys were all over Calgary in every zone on the ice and they had absolutely no answer for anything that was happening. Skating with as much purpose as we’ve seen all playoffs long, the Oilers were basically doing as they pleased with the puck as the Flames’ defensive zone coverage looked more like a hindrance than a challenge of any kind. Only this time around Markstrom wasn’t able to bail his teammates out as the Oilers were able to tag the visitors with four straight goals that included an Evander Kane hat trick. To say that was this was a complete dismantling by the Oilers would be the understatement of the playoffs. Through 40 minutes, this beat down was so bad that you’d almost have to imagine that the Flames had considered lobbying the NHL to run the clock. But as much as this was a blast to watch, the Oilers had to keep it going for one more period because even though we were up by a sizeable margin, I had no interest in giving the Flames any life.
Heading into the third period, I was looking for the Oilers to keep the hammer down and keep suffocating the Flames at every turn. Instead of sitting back and trying to defend, I wanted the boys to keep shooting holes in the sinking dinghy that was Calgary’s chance to come back. But unsurprisingly, the Flames started the third period with a different goalie and a whole lot more gas than we had seen to that point, and it was very nice to see our side weather the storm efficiently despite a few tense moments. With the early push out of the way, the Oilers were able to settle down and get back to playing their game. Even so, the Flames kept pushing to break the shutout and that moment came with under five minutes left when Oliver Kylington got on the board with a snipe from the high slot. Once that happened, we found ourselves in heart attack time as the Flames’ pressure kept building as they tried to inch closer. Yet, even with the increased attack time, Calgary couldn’t get more than the one goal past Smith and the Oilers ran out the clock on what was a dominating win. What a night.
The wrap. 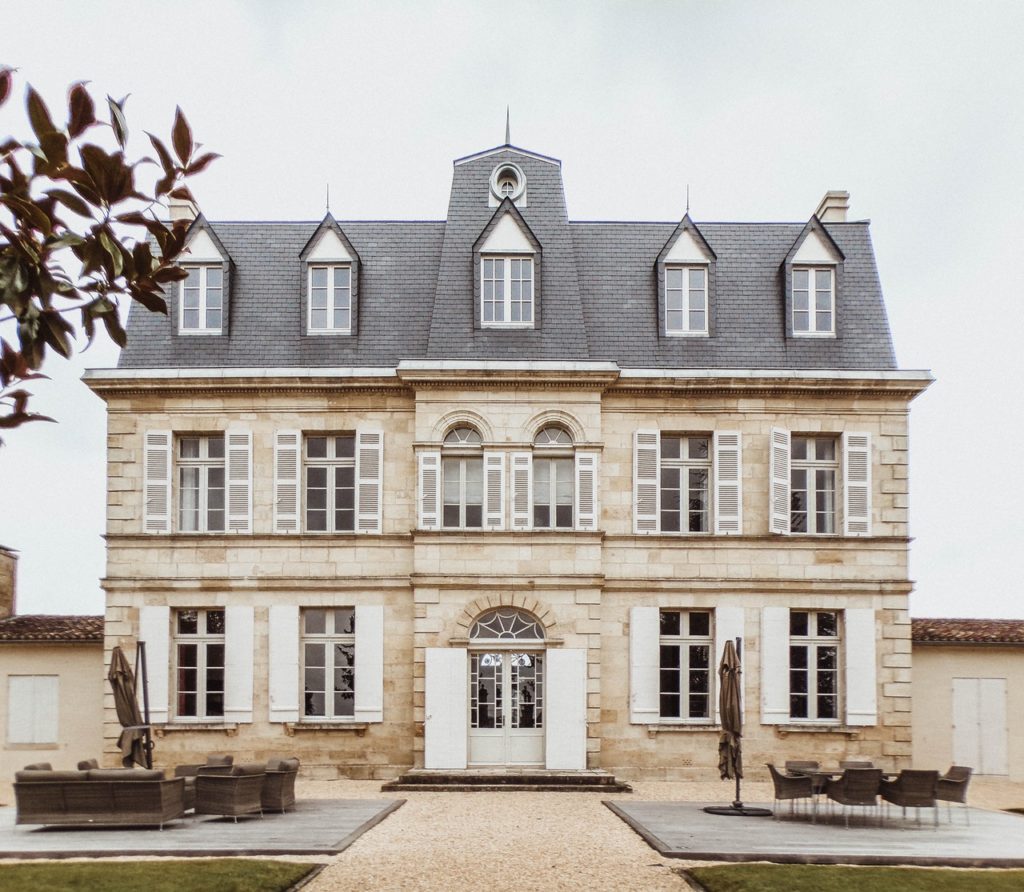 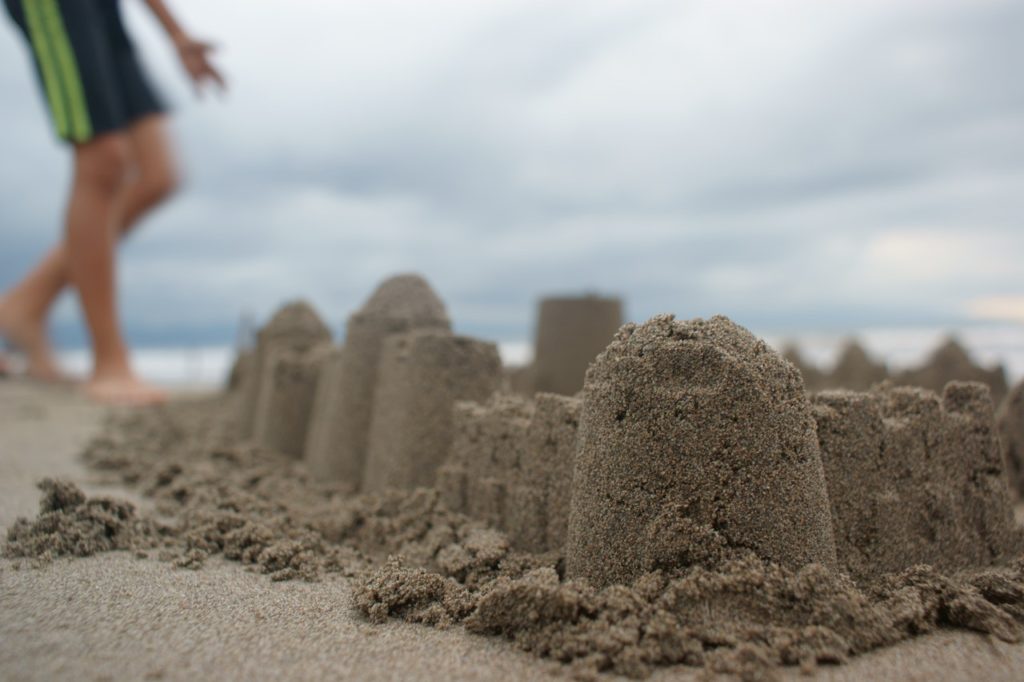 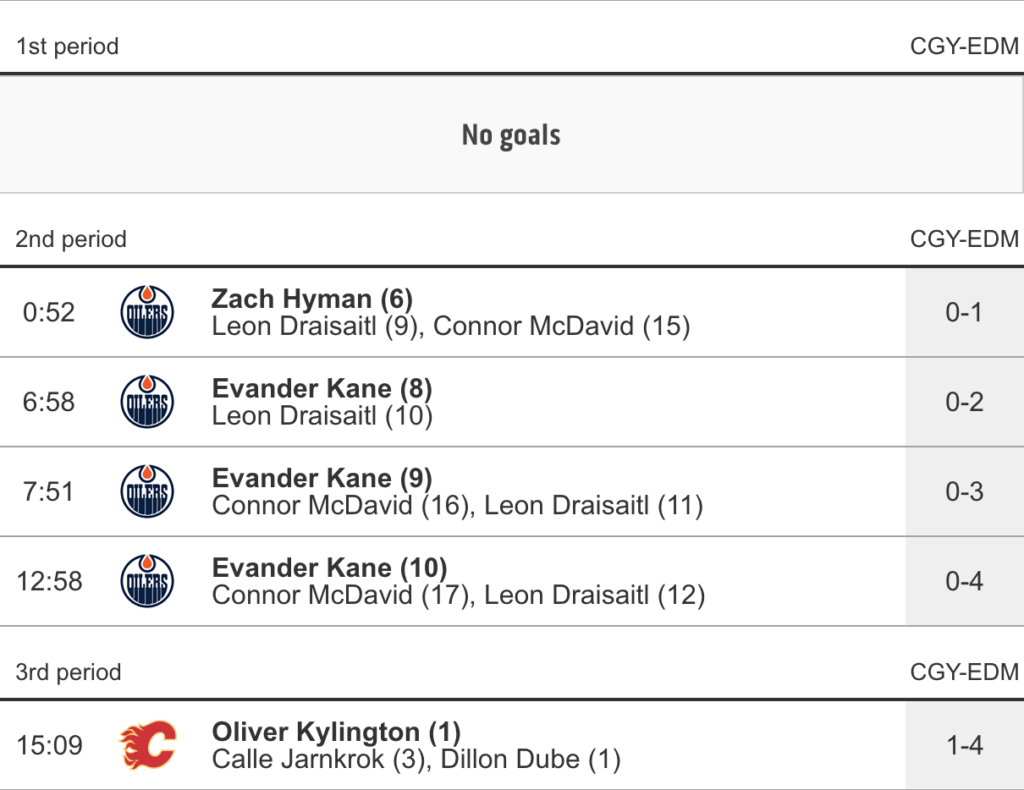