By baggedmilk
9 months ago
Kick rocks, Vegas. Final Score: 4-0 Oilers
As far as massive games down the stretch go, I couldn’t think of any that were more important than this afternoon’s matchup with the Vegas Golden Knights. With a potential four-point swing on the line, this was a massive opportunity for the Oilers to solidify their position within the division while also putting some space between themselves and Vegas, but it was going to take another effort like the one they put down against Nashville for that to happen. Vegas is playing too well right now to mess around with a lacklustre effort, and I wasn’t about to have the rest of my Saturday ruined by a half-assed outing when points matter the most. In the early going, however, it was the Golden Knights that were buzzing around and firing pucks from all over the ice whereas the Oilers needed a few shifts to get their legs going. The good news is that the boys were eventually able to settle in and start manufacturing chances of their own, but they certainly weren’t doing themselves any favours with the bake sale’s worth of turnovers they were dishing out. Yet, even with giveaways galore, the Oilers managed to get a late one from Kris Russell and grab themselves an almost unexpected lead heading into the intermission.
Heading into the second period, the Oilers needed to come up with a better effort at both ends of the ice because they were way too sloppy with the puck and I thought they were incredibly lucky to be the ones leading the game. That’s not to say that they were awful — the Oilers looked much better on the attack as the period wore on — but they absolutely needed to stop coughing the puck up so much. Vegas has too many guys that can burn you to keep giving them bonus looks on your goalie. And as hoped, the Oilers showed significantly more care with their passes and it was a small change that gave them a whole lot more time on the attack despite their insistence on passing up shooting opportunities. In the defensive zone, the Oilers did a decent job of limiting Vegas’ ability to sustain any pressure while also keeping many of their shots to the outside of the ice. Overall, it was a decent period for the boys as they were able to navigate a lot of back-and-forth sequences that saw both clubs manufacturing chances to score with regularity. Obviously, you’d like to see another goal on the board for the home side but you have to appreciate that Vegas couldn’t anything done either.
Up by a goal with 20 minutes to play, Edmonton needed to keep their foot on the gas pedal and avoid falling back into some kind of prevent defence. As we’ve seen far too often over the years, the Oilers are always better off keeping their attack going when trying to close out the win rather than trying to ride the clock out, and I was hoping that would be the case against Vegas since their lead was only a single goal. The first step, of course, was to get their legs moving to try and have a good start. What I didn’t expect, however, was that the Oilers would get a second goal from their defence to kick the period off, but that didn’t stop me from shrieking with delight when Cody Ceci was able to give his side a little breathing room. All of a sudden, the Oilers had themselves a little bit of insurance and it seemed to loosen them up a touch as Ceci’s goal was followed by a flurry of chances that could have put the game away in a real hurry had it not been for some key saves by Thompson. But even Thompson’s best wasn’t enough to stop the wave that was coming his way as the Oilers were able to tack on another pair of goals from Foegele and Kane to set themselves for a decisive victory. Two. Huge. Points.
The wrap. 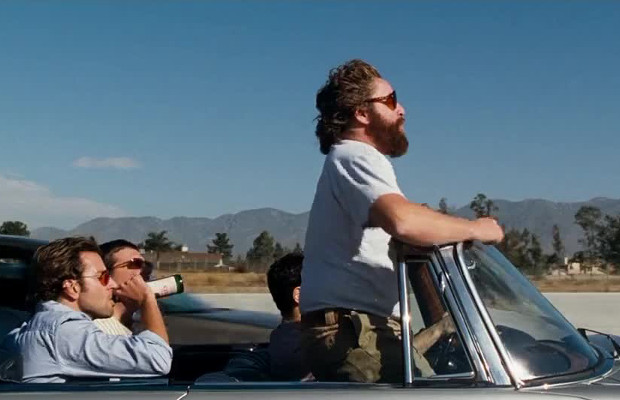 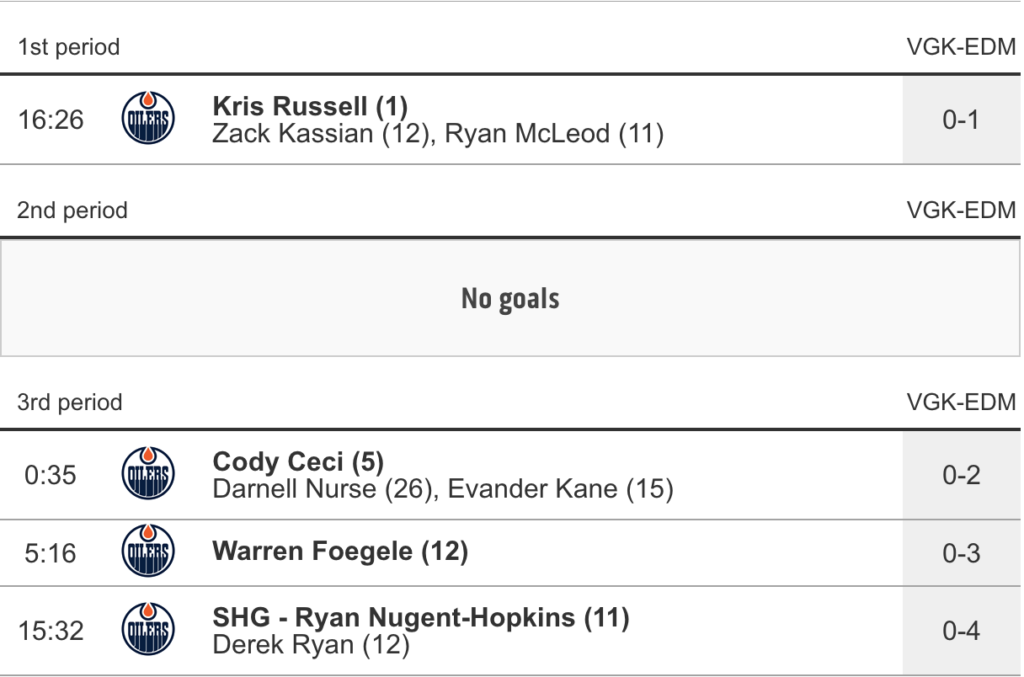