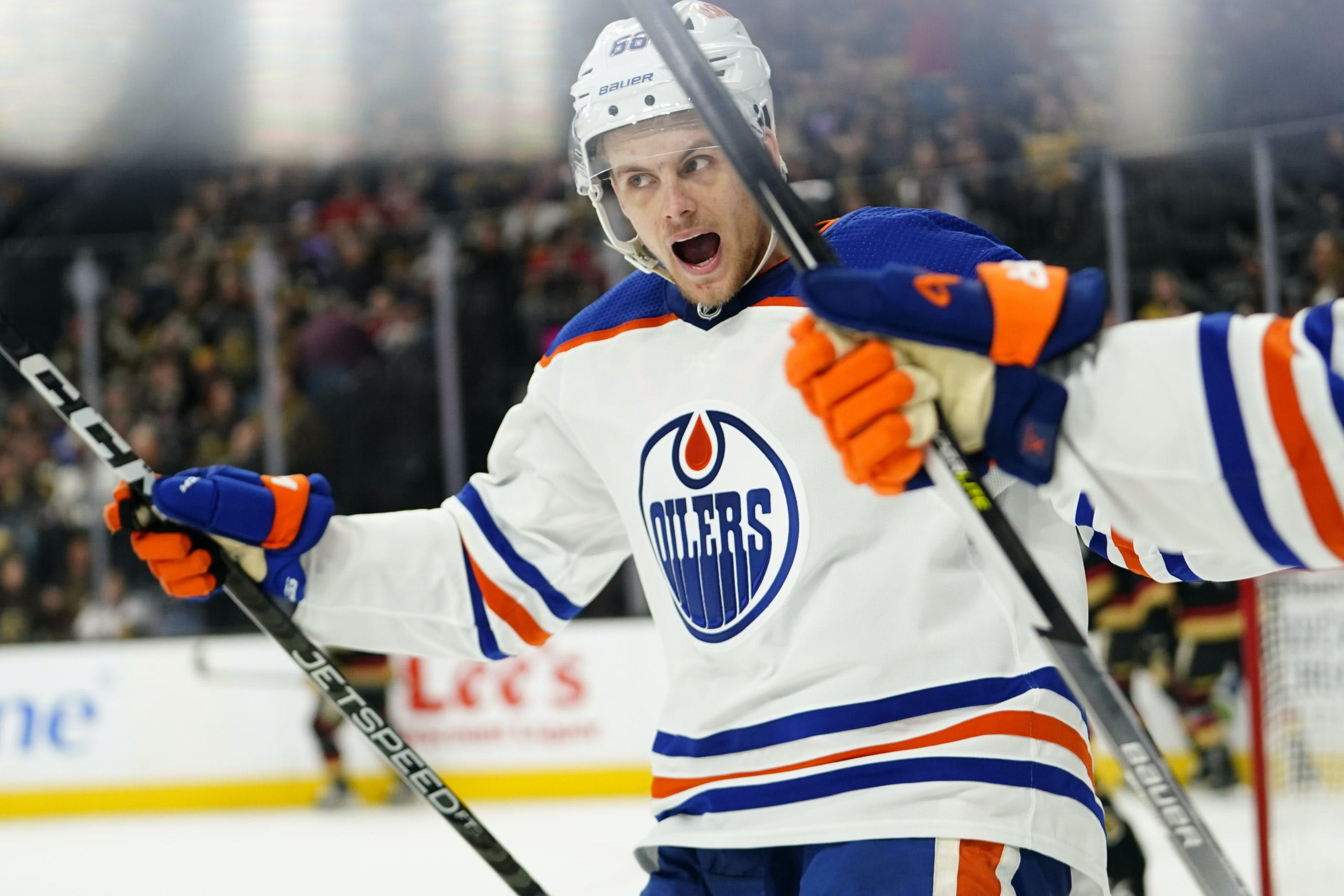 By Zach Laing
17 days ago
Message sent: the Edmonton Oilers are still here.
Welcome to our Oilers game day content presented by NHL odds site Betway!
It’s time for the Pacific Division and the Western Conference to be on high alert. A 4-3 win over the Vegas Golden Knights should be enough for other teams to take notice.
The Oilers came out hot and heavy scoring two goals just two minutes into the game. Mattias Janmark broke it open just 45 seconds into the game and 57 seconds after, Leon Draisaitl batted a bouncing puck into the net. They never really let off the gas, either.
I don’t think it’s an overreaction to say this might’ve been the most important game of the season for the Oilers. They suffered a tough loss early in the week against LA, but close out this four-game road trip with a 3-1 record. They beat up the Anaheim Ducks and made a mockery of the San Jose Sharks, and tonight was going to be the true test. They passed.
The Golden Knights, albeit missing their most important player Mark Stone, were sitting fourth in the league coming into tonight. They sit atop the Pacific Division. They’re one of the best teams in the league and while this could’ve easily been a “scheduled loss” for the Oilers playing in the second half of a back-to-back with the same goalie playing both games, it was far from it. In fact, it was a message sender.
Edmonton’s always been a team, especially in the last few seasons, who have been able to turn it up a notch in the back half of the season. They’ve coasted along up until this point, but this road trip could easily be the point of the season we look back on as the moment the season changed.

While Janmark and Draisaitl opened the scoring for the Oilers, they weathered some storms the Golden Knights brought forth. Keegan Kolesar scored with 1:14 left in the first period to make it 2-1 after one, but Draisaitl was able to regain the Oilers’ lead 7:22 into the second and the back and forth continued. Paul Cotter scored at the 13:39 mark of the second, but none other than Klim Kostin scored not even 30 seconds later to regain the Oilers’ lead. While William Karlsson would find twine with 41 seconds left in the second, they held Vegas off in the third period.
The truth is, however, the Oilers were the ones who controlled the pace of play late in the game. According to Natural Stat Trick, the Oilers controlled 66.67 percent of the shot attempt share and 84.47 percent of the expected goal share in that third period. Dominant stuff.
Reinforcements are coming soon. Evander Kane could be back as soon as this week as a meeting with doctors Monday will show the next steps. That will be a big boost, but the Oilers will also have to undergo some cap gymnastics to fit Kane and his salary back on the roster.
Buckle up, folks. The season starts now.
Zach Laing is the Nation Network’s news director and senior columnist. He can be followed on Twitter at @zjlaing, or reached by email at zach@oilersnation.com.
Featured
Nation Takes
News
Oilers Talk
Post Game
Recent articles from Zach Laing