GDB 9.0 Wrap Up: Stuart Skinner’s excellent performance leads the Oilers to a 3-2 win over the Flames in Calgary 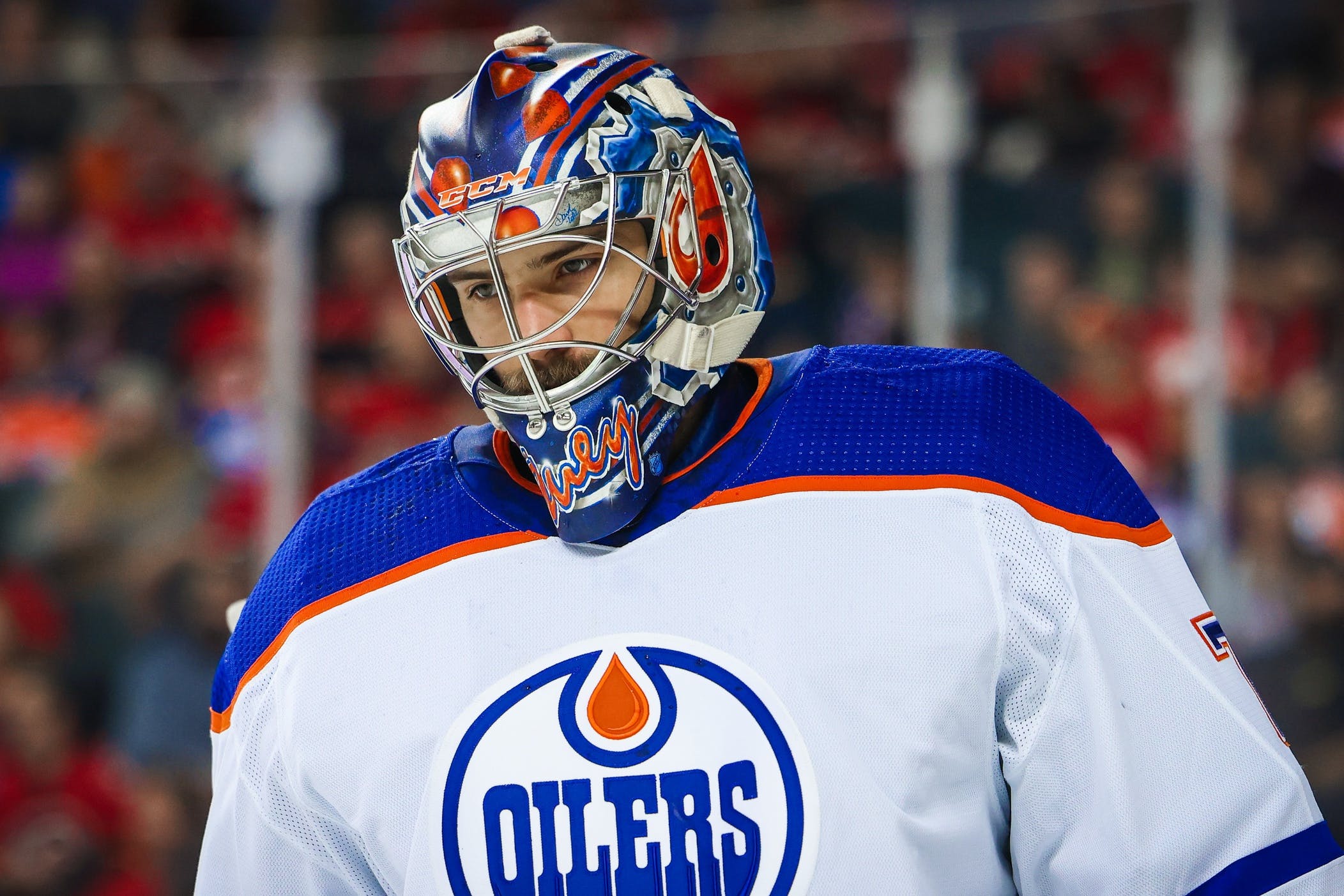 By Cam Lewis
23 days ago
Welcome to our game day content brought to you by NHL Lines site Betway!
The Flames are going to have to wait before raising their 2022-23 Battle of Alberta Regular Season Champions banner.
Two weeks ago, the Flames rolled into Edmonton and outplayed the Oilers in a 4-3 victory. This time around, the Oilers put together a much more solid and complete effort and edged out a gritty win.
Connor McDavid scored three points and Zach Hyman buried his fifth and sixth goals in the season but the first star of the game for the Oilers was undoubtedly Stuart Skinner, who stopped 40 of the 42 shots that the Flames threw at him.
Skinner has now stopped 128 of the 134 shots he’s faced this season, good for a .955 save percentage. 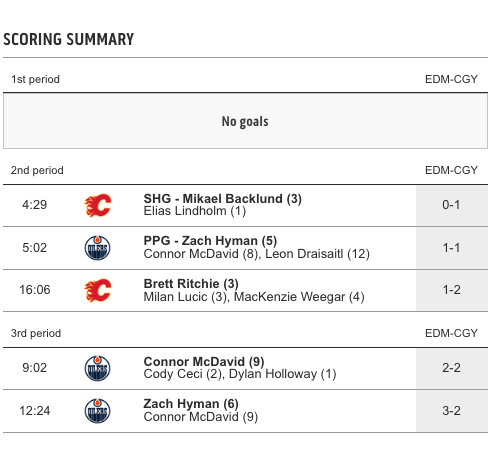 After both teams were held scoreless in the first frame, Mikael Backlund got things going for the Flames a few minutes into the second period with a short-handed goal. This was a tough look for Tyson Barrie, who didn’t hold the line effectively at all and allowed Backlund to escape on a break.
It didn’t take long for the Oilers to knot things up at 1-1. On the same power play, Zach Hyman took a feed from Connor McDavid and wired a shot past a sprawling Markstrom.
The Flames regained the lead shortly before the end of the second. Milan Lucic did a good job of sucking up the puck behind the net, took a check from Evan Bouchard, and tossed a pass in the slot to Brett Ritchie, who buried his third of the season. Bouchard, Brett Kulak, and McDavid got caught focusing too much on Lucic behind the net and Ritchie was able to set up alone in front.
The Oilers tied the game at 2-2 with just over half of the third period remaining on the clock. McDavid picked up a puck along the boards that had been rung around Calgary’s zone and threw a soft shot that fooled Jacob Markstrom. This was a game-changer in last year’s playoff series, Markstrom allowing soft goals out of the blue in an otherwise strong start.
A few minutes later, the Oilers grabbed a 3-2 when Hyman scored his second of the game. Ryan Nugent-Hopkins and Hyman forced a turnover behind the net and McDavid found the puck in the slot and fed Hyman for a tap-in at the side of the net.