Getting to know James Hamblin, the Oilers’ most recent call-up 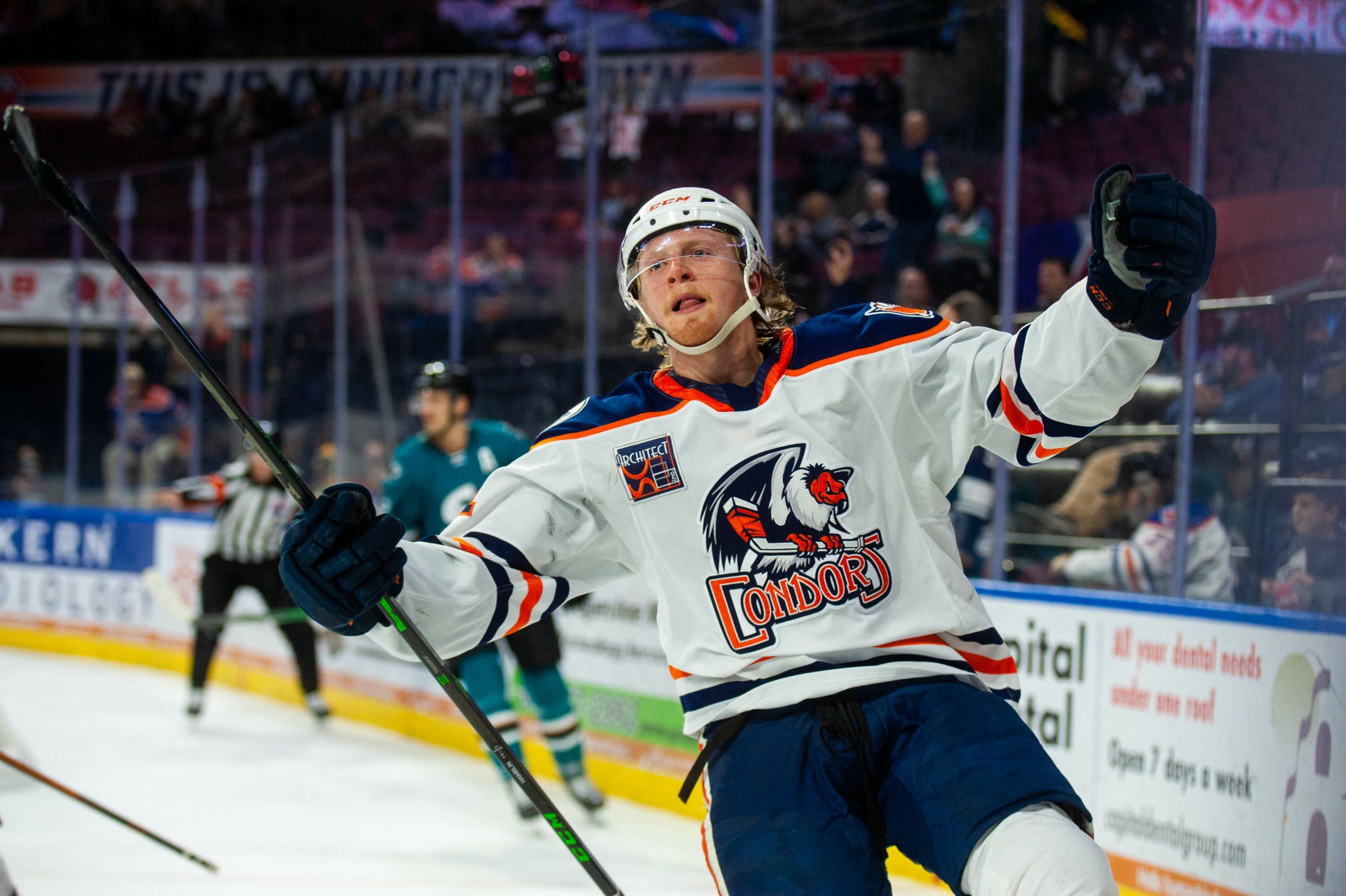 By Cam Lewis
2 months ago
James Hamblin has taken the long road to get here.
After getting passed over in the NHL draft, Hamblin inked a two-year, minor-league contract with the Bakersfield Condors in 2020. He scored seven goals and 15 points across 38 games with the Condors in his first professional season and then broke out with 21 goals and 35 points over 64 games in 2021-22.
That showing earned Hamblin a two-year, entry-level contract with the Edmonton Oilers.
Hamblin played well in training camp and hung around until the end but was ultimately sent down to Bakersfield to start the 2022-23 season. With Ryan McLeod and Kailer Yamamoto headed to the Injured Reserve, Hamblin is the next name in line to get the call from the Condors…
Hamblin was named the captain of the Medicine Hat Tigers at the beginning of the 2017-18 season and scored 64, 77, and 92 points for them over his next three seasons. Beyond high-level offensive production, Hamblin was praised by his coaches in Medicine Hat for his 200-foot game, as he was relied on to shut down the other team’s top players…

“Jimmy was a complete player. He doesn’t do one thing particularly well, he does everything excellent,” said Tigers assistant coach Ryan Smith. “We relied on him to generate offence, shut down other teams’ top lines and play both sides of the special teams. Jimmy was usually the first player to the rink and the one of the last to leave. He wanted to get better every day.”

Back in the summer, I ranked Hamblin as the Oilers’ No. 11 prospect in our 2022 Top Prospects Countdown series. The high-end comparable I used for Hamblin was Yanni Gourde, an undersized, undrafted forward who found success at the NHL level after proving himself on a minor-league contract.
While it might be a stretch to assume that he can have the same level of success as Gourde, there are some similarities between the two that suggests Hamblin could stick and become a solid NHL contributor. Gourde’s scoring in the QMJHL, ECHL, and AHL are what stand out, but what allowed him to stick with the Tampa Bay Lightning was his responsible defensive play, as the team could plug him into their top- or bottom-six.
Hamblin boasts excellent wheels and a neverending motor which makes him an incredibly frustrating player to play against. Whether he’s able to find offence at the NHL is impossible to say at this stage, but Hamblin will give the Oilers something they need right now, which is speed, tenacity, and versatility.
Featured
Oilers Talk
Recent articles from Cam Lewis