Getting to know Zach Hyman 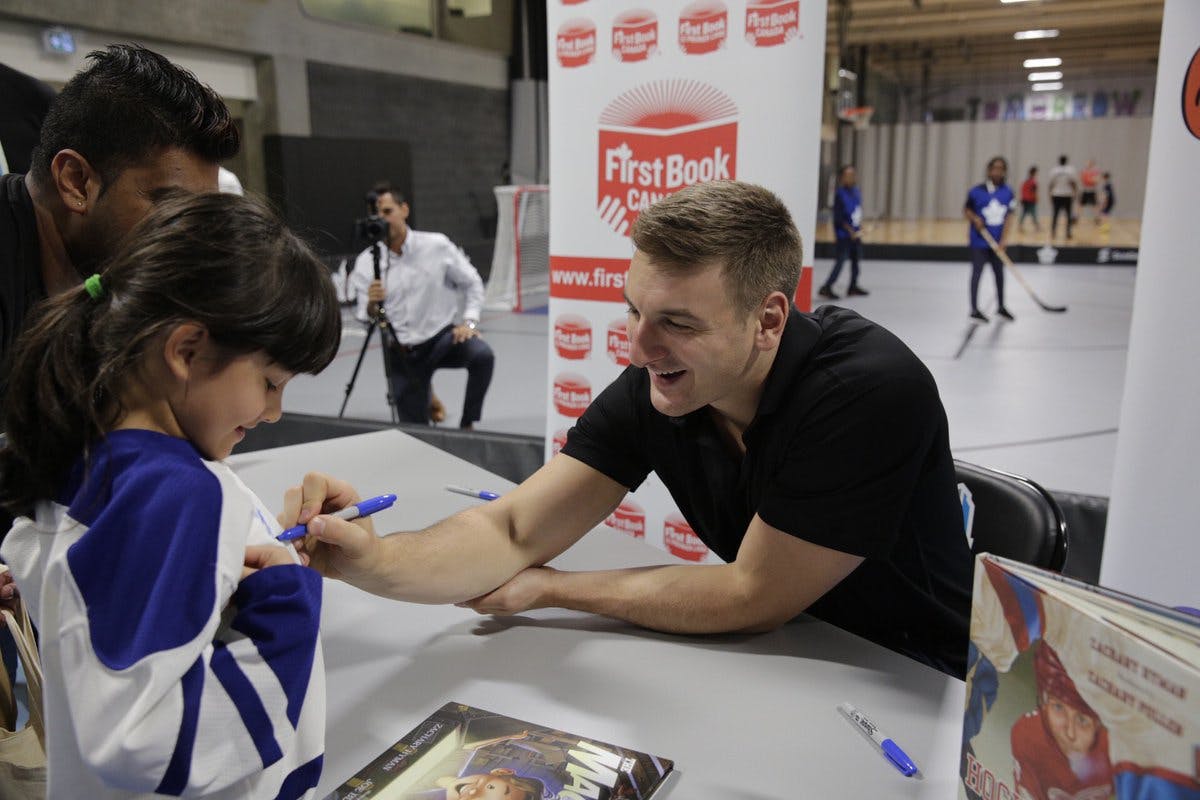 By Nation World HQ
1 year ago
The Oilers are going to be a much different team in October than they were in May.
The centrepiece of Ken Holland’s busy off-season is @Zach Hyman, a fan favourite who left his hometown Toronto Maple Leafs in order to join the Oilers on a seven-year contract worth $38,500,000.
While Hyman is known largely as a gritty, physical winger who works hard every shift and isn’t afraid to play in the dirty areas of the ice, there’s quite a bit more to him off the ice. Hyman is somewhat of an NHL version of a Renaissance Man, finding success as a children’s author and as the owner of a professional e-sports company.
Hyman was never a top prospect. He was selected by the Florida Panthers in the fifth round of the 2010 draft after a 75-point season for the Hamilton Red Wings of the Ontario Junior Hockey League. After another OJHL season, Hyman earned a run-ride scholarship to the University of Michigan playing for the Wolverines.
In his Freshman, Sophomore, and Junior seasons, Hyman scored nine, nine, and 17 points respectively, but then broke out in his Senior year in 2014-15, leading a team that featured the likes of @Dylan Larkin and @Zach Werenski with 54 points over 37 games. Hyman was a First Team All-American and First Team All-Big Ten selection that season and finished as a top-10 finalist for the Hobey Baker Award.
That season was enough to capture the attention of Hyman’s hometown club, the Maple Leafs. Toronto sent the Florida Panthers Greg McKegg in exchange for Hyman and quickly inked him to a two-year entry-level deal.
In his first season as a professional, Hyman scored 15 goals and 37 points over 59 games as a member of the AHL Toronto Marlies. The team reached the Eastern Conference Final, ultimately losing to the Hershey Bears. Hyman also earned a 16-game cup of coffee on a Leafs team that was tanking in 2015-16. He scored four goals and six points during that stretch.
The following season, Hyman was one of a handful of rookies to break onto the Leafs. The Big Three of Auston Matthews, William Nylander, and Mitch Marner dominated the spotlight, but Hyman quietly put together a solid rookie season.
He played alongside Matthews and Nylander, serving as the line’s physical presence who would forecheck hard, retrieve pucks, and open up room in the offensive zone. While many fans in Toronto questioned why this former late-round pick with virtually zero fanfare attached to his name was playing with the team’s highly-skilled core players, Hyman did well and the role and never let it go.
In 2017-18, Hyman broke out with 15 goals and 40 points. He then reached the 20-goal plateau for the first time in his career in 2018-19 and did so again in 2019-20 despite only playing in 51 games. Most recently, in 2021, Hyman scored 15 goals and 33 points in 43 games and would have reached career highs in both categories if not for the shortened schedule.
While Hyman’s top priority was reaching his goal of becoming an NHL player, he also found time to focus on other ventures off the ice. Hyman has had three children’s books published and is currently under contract with Penguin Random House and is working on a fourth book.
Hyman wrote a short story while in the seventh grade and his father helped him look into self-publishing the book. The pair found Janice Weaver, a freelance book editor, who helped Hyman work on a book while he was in high school called “The Bambino and Me,” which is based around quotes from Babe Ruth’s life.
A few months later, Hyman’s second book, “Hockey Hero,” which was based on that aforementioned short story he wrote years prior, was published by Penguin Random House. Hyman’s third book, “The Magician’s Secret,” was published in 2018 and has become a best seller.
Hyman said back in 2020 that bringing his laptop or notepad with hum during the season and writing gives him a mental break from the grind of an NHL schedule…

“I think that it’s really important that people have hobbies and passions outside of hockey so that you can explore other things that you’re interested in,” Hyman said. “Take some time away from the rink and do something else that you like to do so that when you come to the rink, you’re refreshed and ready to go.”

Hyman also added that he got into writing children’s books partially because, as the oldest of five children, he wanted to set a positive example for his younger brothers…

“I fell in love with children’s books largely in part because being the oldest of five boys, you want to teach your younger brothers,” Hyman said. “Be a positive role model, right? So that’s kind of how I fell into writing.
“Each story has kind of a message behind it. The premise being believing in yourself and the power of self-belief. I think it’s really important that when kids read children’s books, that’s what they takeaway from it.”

Keep in mind, Hyman’s first two books were published in 2015, the year he was traded to the Leafs and when he made his professional debut. That’s quite the whirlwind.
As Hyman established himself at the NHL level, he also veered into another off-ice venture — eSports.
He and a friend, Oliver Silverstein, teamed up to launch Eleven Gaming, a company that invests in successful gamers to play competitive and stream on multiple social media platforms. The goal is to help build their players’ skills and personal brands and, in turn, to capitalize off of their prize and sponsorship cash. Eleven Gaming features a roster of nine players and won US$1.5 million within the first year of Fortnite’s competitive division.

“Zach’s at the rink every day and then comes in the office and works with me. I get calls from him 24/7 because this industry never sleeps,” said Silverstein back in 2018. “There’s always something that’s happening and if you snooze, you lose. We’re always on. While his focus is definitely hockey, he loves this and he’s excited about this opportunity.”

It’ll be fascinating to see what Hyman gets up to next. Hopefully, it’ll involve bringing a Stanley Cup to his new home in Edmonton.
Oilers Talk
Recent articles from Nation World HQ