Getting to “No Way” 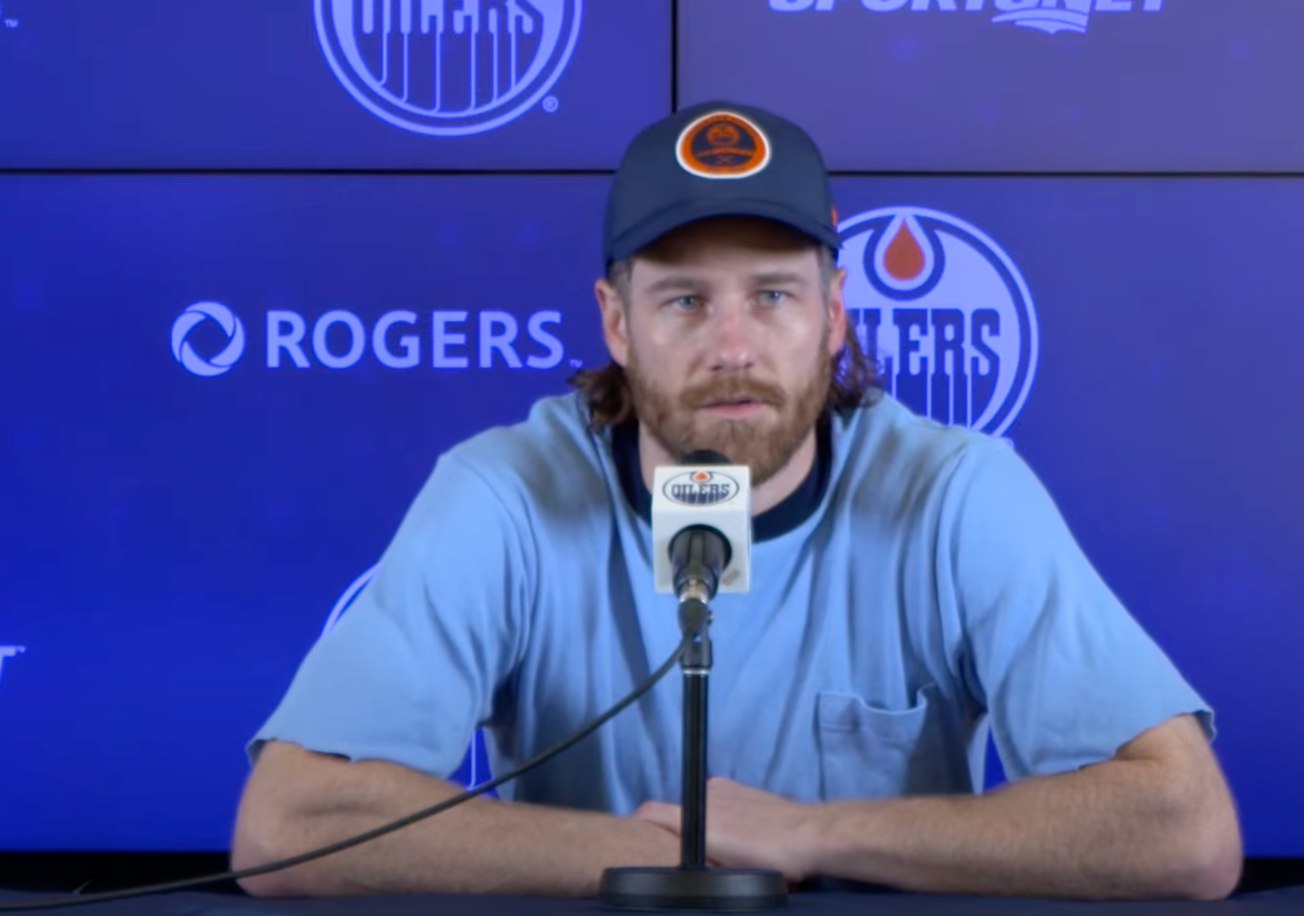 By Robin Brownlee
1 year ago
Duncan Keith of the Edmonton Oilers says that if he had to do it over, he’d handle the investigation into the sexual assault of Kyle Beach by Chicago Blackhawks video coach Brad Aldrich over a decade ago differently.
The hindsight and regret that inevitably comes with the would-have, could-have and should-have perspective won’t undo all the damage done to Beach when the Blackhawks looked the other way in 2010. But maybe some genuine introspection right across the hockey spectrum will help make a difference and be a catalyst for real change moving forward.
Then again, what a lot of people, me included, have characterized as an out-of-touch and tone-deaf approach taken by commissioner Gary Bettman in recent days means there’s still a lot of progress to be made — from the top down — before attitudes truly change. As always, actions will speak louder than words.
“If I could do it over again, I would,” Keith told reporters Monday in reference to turning down an interview last summer as part of an investigation into the case. “If I could go back, I would do it. But at the same time, my feeling was that I didn’t have anything to give, so I didn’t think it would help. But I should have sat there for the interview.” Keith, of course, was with Chicago in 2010.

Beach did an interview with TSN’s Rick Westhead, who has been out in front on this story from the start, last Wednesday. If you’ve seen it, you know how heart-wrenching it was. If you haven’t, it’s worth watching.
“I watched the interview, it was obviously heartbreaking. It was tough to watch,” Keith said. “You feel compassion for Kyle and it is tough to imagine the pain he is going through. The courage that he showed in being able to speak about it, I have so much admiration for him. I hope he is able to find some peace if he hasn’t already. My heart goes out to him.”
With a lawsuit pending, I understand Bettman and other NHL officials are limited in what they can say, but his detachment from the human element involved and lack of empathy – at least that’s my read – are unsettling. Is Bettman and his head office providing the kind of leadership needed? This is a league, after all, in which the Montreal Canadiens drafted Logan Mailloux last summer. How does that happen?
One Bettman remark sticks with me. When he was criticized for fining the Blackhawks $2 million as part of the NHL’s handling of the Beach case all these years later and it was pointed out the New Jersey Devils were fined more ($3 million) and stripped of two draft picks for circumventing the salary cap in 2010, his response was biting – and offensive to many.
“Different context, different facts,” Bettman said. “This was to make clear that the way the (Chicago) organization handled this matter was not appropriate, even though ownership was not aware. And it was also a message to the rest of the league that you need to make sure your organization is functioning properly on these matters.”
Different facts indeed. Call me crazy, but I think a lot of people might agree sexual assault is a considerably more serious matter than cheating on the cap. For context, you can find what Bettman had to say and links to other stories here.

As much as a lot of people would like to get back to talking about wins and losses and what happens out on the ice and to “move on,” it’s not that simple. Turning away from an issue, sexual assault, which shouldn’t be a part of the NHL after all these years but still is despite everything that’s happened before, can’t be an option. One of the best takes on this came from commentator Tara Sloan of Sportsnet.
Bryn Griffiths, Darren Dreger and I – all of us old enough to vividly remember and cover the junior case of Graham James abusing Sheldon Kennedy, Theo Fleury and three others – took at run at the Beach case Monday. That conversation is here.
With everything that’s been written and said since the Beach stories broke, it’s John Tortorella, of all people, who cut through all the noise and got to the bottom line about how the Blackhawks and the NHL bungled this case better than anybody I’ve heard.
“This wasn’t a one-man decision,” Tortorella said. “It’s multiple people. I just don’t get why one guy couldn’t just stand up and say, ‘You know what? No. This is wrong.’ This is sexual assault, which casts a shadow over the game of hockey. That’s what’s crazy to me, that one man couldn’t stand up and say, ‘You know what? No way. We have to get this straightened out right now.”
No way. Let’s start there.