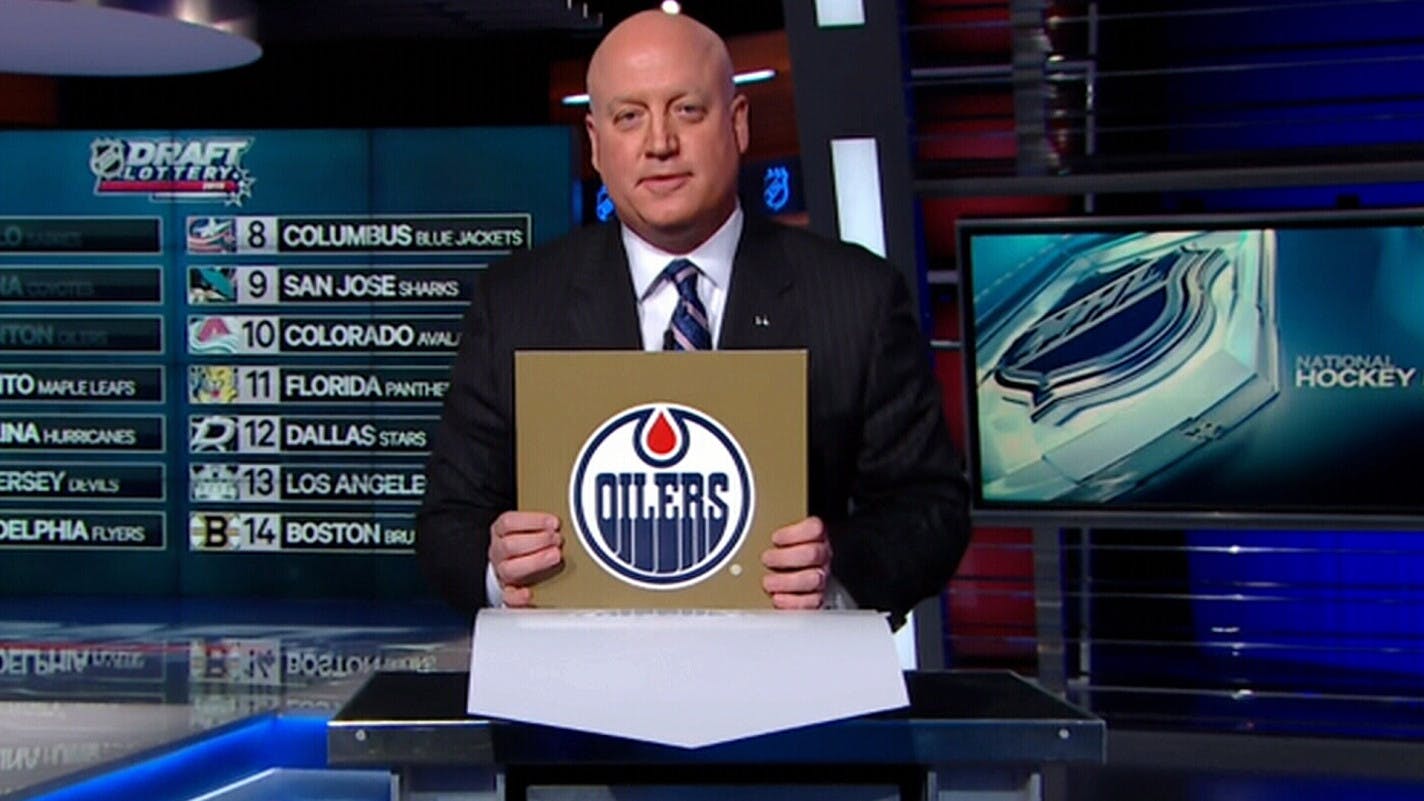 By baggedmilk
7 months ago
Can you believe it’s already been seven years since the Oilers cashed in all the luck they had in the world to give themselves the lucky numbers needed to win the Connor McDavid lottery? In case you’ve forgotten but I don’t know how that’s possible, it was on this day in April of 2015, that Bill Daly flipped over the golden ticket and revealed the Oilers logo as the future home of Connor McDavid. It was a glorious day and one we’ll continue to celebrate around these parts until the end of time.
Whenever April 18th rolls around, I always think back to where I was when the news broke that the Oilers had won the lottery. Do you remember where you were? I certainly do. I remember chilling on my couch, mostly ignoring the draft lottery as I had already convinced myself that the Oilers would have to settle for Dylan Strome or some other B-level prospect like that. Yeah, I still had Sportsnet’s coverage on in the background so that I could see how the order played out, but I never in a million years thought that the Oilers would be the ones with the Hockey Gords on their side, not after the draft luck they’d had to that point. Seeing as the team only had an 11.5% chance to win the McLottery, I had written off the idea entirely since I suspected we had used all of our draft luck over the three-straight drafts where the team picked up Hall, Nugent-Hopkins, and Yakupov. So when Daly flipped the golden ticket card into the frame, signifying that we had won the gift of Connor McDavid, I thought I was going to lose it.
The first step for me was to rewind my PVR 212x to make sure that my brain and my eyes were agreeing on what just happened. The second step was to confirm on Twitter that other people were talking about the same thing and that I hadn’t been hallucinating or experiencing some kind of fever dream. With those two steps out of the way, the next thing I remember was staring at my TV with a shit-eating grin on my face that couldn’t be wiped if you tried. It was then that Wanye called me screaming “OMFG WE WON! CONNOR MCDAVID!” before hanging up abruptly and disappearing into the Edmonton night. If my memory serves me correctly, I don’t think I even got a single word in on that conversation but I knew exactly how he was feeling so it all made sense in that moment. Sure, we had seen the Oilers win draft lotteries in the past but none of them felt quite like this. Despite not knowing what the future would hold, I knew in my feeble blogger brain that the Oilers were blessed with an opportunity that they couldn’t afford to waste, and that the Internet and hockey world were about to have a meltdown the likes of which had never been seen before.
As always, the point of writing this article every April is not to re-live the lottery days but rather to make sure we all take a quick minute to remember how lucky we are to have Connor McDavid on our team and to send a friendly reminder to the franchise that his career is a finite resource that deserves respect. Provided that things go our way over these last handful of games, this year will mark only the fourth time in seven years that Connor has been able to get a chance at the postseason, and with only 21 total playoff games under his belt, we need management to remember not only today but every day how important it is to surround him with a team that can compete. For a lot of us, it’s been frustrating to see him work without the proper supporting staff necessary to compliment his game — here’s hoping we have a better balance this time around — but that doesn’t mean we can’t take a few minutes to appreciate the moment he got here. Thanks for everything, Connor. No matter what’s going on with the team or around the league, you make every second of Edmonton Oilers hockey worth watching, and I’m unbelievably grateful to have you here with us as our captain.
Happy Connorversary, Nation. Here’s to a deep Cup run to celebrate lucky number seven.

If you need a good chuckle, take a minute to watch the reaction video we put out after the draft lottery went down. As you see, we were all pretty excited about it. I mean, except for Steve Dangle, of course. Sorry, Dangle.
Nation Takes
Oilers Talk
Recent articles from baggedmilk