Happy Festivus! It’s time to share our feats of strengths and air out our grievances By baggedmilk
1 month ago
If you’re a Seinfeld fan like I am or have been hanging around this site for any length of time, you already know that December 23rd is Festivus, a day when we air out our grievances and celebrate feats of strength from the past 12 months. And since we’re Oilers fans in the midst of another rollercoaster season, there is plenty to talk about as 2022 winds to a close.
Before we dive into our 2022 Festivus grievances and feats of strength, I want to offer up yet another reminder that venting our issues on this day doesn’t make you any less of an Oilers fan, so don’t even bother emailing me about the Festivus article this year because I’ll trash it before opening it anyway. In fact, as if I haven’t said it a million times by now, pointing out the flaws in our favourite hockey team not only makes us more of a fan because it shows we’re paying attention but also gives us a chance to get some things off our chests. It’s our unwavering dedication to the Edmonton Oilers that gives us the right to complain, and the grievances I’m dishing out this year are only my way of trying to help them get better. Let’s get it.

While everyone’s grievance list will be different, here are five things that annoy me that I’d like to see change as we head into a new year. Do I think I’ll have all of my demands met? Probably not, but that doesn’t mean that I won’t be using my big ol’ soapbox to scream out my issues from the digital mountaintops. Got it? Great. Let’s move on.

I don’t think I’m talking out of school when I say that the Oilers’ defensive coverage has been an adventure this season. At 3.41 goals against per game, the Oilers are currently ranked 24th in this department and that is nowhere near good enough for a team that’s supposed to have Stanley Cup aspirations. I know there are a lot of factors that contribute to this number — having your supposed #1 goaltender struggling so mightily for one — but anyone that’s watched the Oilers so far this season can tell you that they’re not very good at defending. And the weirdest part about this whole mess is that this same group showed that they can defend better than this down the stretch and into the playoffs last year. From my side of the TV screen, I see an Oilers group that’s cheating for offence and refusing to take care of their own yard first, and until that changes, I’ve got a feeling we’re in for more nights filled with frustration.

The PK sucks and it’s hurting us

Ahead of tonight’s game against Vancouver, the Oilers’ PK ranks 26th in the NHL with a measly 72.7% success rate. That puts them in line with terrible teams like the Canucks, Ducks, and Blackhawks, and that is absolutely not the company you should be sharing when you’re a team with expectations as high as ours. Even last season, the Oilers’ PK wrapped up the year at 77.1% which is nothing to write home about whatsoever but is still somehow a significant improvement over where we’re at today on December 23rd, 2022. Put another way, the Oilers are losing games/points as a result of their PK being unable to contribute consistently and it’s endlessly annoying to watch unless, of course, you’re betting over 1.5 total power play goals every night like I am. Here’s hoping for a turnaround in 2023 because Gord knows we need it.

When you’ve got Connor McDavid and Leon Draisaitl on your team, scoring goals is never going to be a major issue unless, of course, those two guys cool off for any length of time. That said, there’s still plenty of room for improvement here. Outside of the Dynamic Duo, Ryan Nugent-Hopkins, and Zach Hyman, the next leading goal scorer up front is still Evander Kane and the guy hasn’t played in nearly two months, which is a real problem unless the rest of the roster can get themselves going. Of the forwards that have played at least 15+ games, that group of eight guys has contributed only 21 goals, or 25% of what the top four players have done. If the Oilers are truly going to make some waves for the rest of the year, they’re going to need more contributions from the rest of the roster because you can’t expect only four games to carry the mail every single night. There is simply way too much salary allocated to a group that’s just not pulling its weight right now, and that absolutely has to change.

I don’t know what it is about us as fans that create the need for a whipping boy. I don’t care who is in the crosshairs for you specifically, the vitriol that some of our guys are getting online is way out of hand, and I think that sometimes we need to step back and remember the human element of what’s going on here. That’s not to say that you shouldn’t be critical, but we can absolutely do a better job of not getting so personal, myself included. 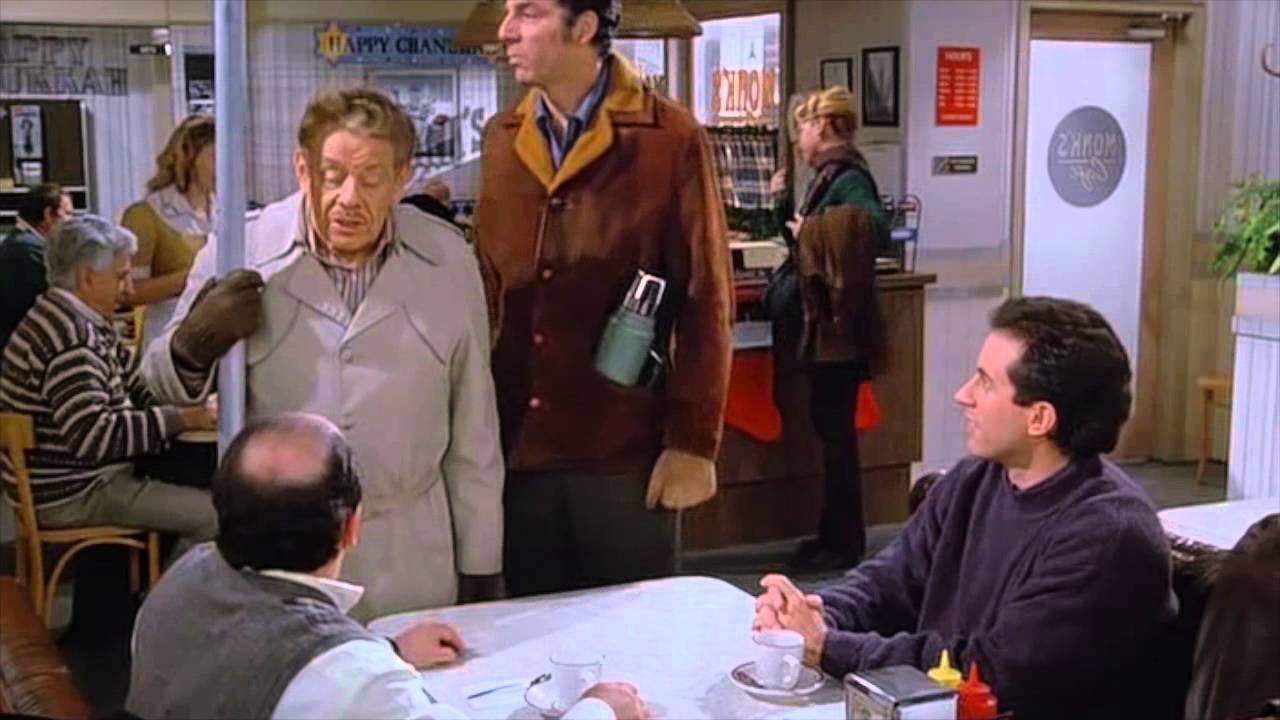 Since no Festivus celebration is complete without highlighting some feats of strength, I looked back at the last 12 months and came up with a list of the best things that have been going on with our beloved Oilers. Here are a few feats of strength that come to mind when I look back on 2022, and I’d love to see your lists down in the comments section:

The playoff run to the Western Conference Finals

I absolutely understand that it sucked to get bumped out of the Western Conference Finals in four straight games, but how much fun did we have on the ride to get there in the first place? I mean, how crazy was it to go from a season that was spiraling out of control under Dave Tippett, to working their way into the final four? Not only did the Oilers make it that far when no one really expected them to get there, but they also demolished the Calgary Flames in only five games in the second round, and that was arguably the most satisfying series win that I’ve ever seen. Flames fans were so confident after Game 1 that they basically had the series wrapped up until our boys rattled off four straight wins, culminating in Connor McDavid’s OT winner to put them through. Man, I had so much fun during that run and that’s why I really need the Oilers to lock things down a little bit so that we can have another taste of that sweet, sweet success.

Connor McDavid is still everything

What can you say about Connor McDavid that hasn’t already been said? The guy is a cheat code in every way, and the part I love most about him is that we never know what he’s going to do next. Just when you think you’ve seen McDavid at his best, he seems to find another gear that we didn’t see coming, and I am endlessly grateful that we’re lucky enough to watch him on a nightly basis. Heading into tonight’s matchup with the Canucks, Connor McDavid leads every single statistic among forwards and is 15 points clear of the nearest non-teammate in the Art Ross Trophy race, making the 2022-23 campaign one of the most ridiculous displays we’ve seen from him yet. Looking back over his full calendar year, I sit back and laugh sometimes because the guy is such a freak that I honestly don’t have the words in my stupid little brain to accurately describe how fantastic it’s been to watch him, and that’s why I want to make sure we’re all appreciating what he does on the ice even when times are tough because this dude is one of a kind.

Leon Draisaitl deserves so much love

On the other side of the Dynamic Duo coin is Leon Draisaitl, a warlord in any way and a player that any team would love to have as their #1 if they could. Dominant in every way, Draisaitl is a power forward the likes of which we haven’t seen around here, and the fact that he is the team’s second-best player is shocking because that wouldn’t be the case on any roster other than this one. What’s amazing about this whole thing is that Leon is locked into second place in league scoring, but if it wasn’t for his running mate, the guy would be a perennial Art Ross Trophy winner and I personally think that’s hilarious. Frankly, we’re so lucky to have this guy on our roster in his own right, and that’s an embarrassment of riches that we should be praising from the mountaintops.

I could not be happier about the season this guy is having right now. With 18 goals and 41 points through 34 games played, this is undoubtedly the best start to a year that he’s ever had and I could not be happier about it. Even though I don’t know how long this heater will last, but the fact that he’s already outscored his pace from the past few seasons is something that we should be celebrating. Not to mention, the way he’s putting pucks in the back of the net has really quieted down the talk from a small segment of Oilers fans that wanted him to be traded last summer.

One of the greatest stories from this past year has to be the emergence of Stuart Skinner. After being drafted in the third round in the 2017 NHL Entry Draft, Skinner has steadily progressed up the ranks until eventually working his way into a spot where we legitimately depend on him. Now locked up for the next 3.5 years including the current campaign, Stuart Skinner has plenty of room to run with the opportunity. I mean, would it be at all surprising if the guy straight-up stole the starter’s job without having it even be a question? I know we’re pretty close to that happening already, but if he keeps progressing at this rate then I feel like the transition will happen sooner than later.

What needs to be said here? The Oilers’ power play is dominant in every single way and it’s so much fun to watch these guys snap the puck around and seemingly score at will sometimes. We’re a long ways from the Eakins-era PP, amirite?
Editorials
Featured
Oilers Talk
Recent articles from baggedmilk