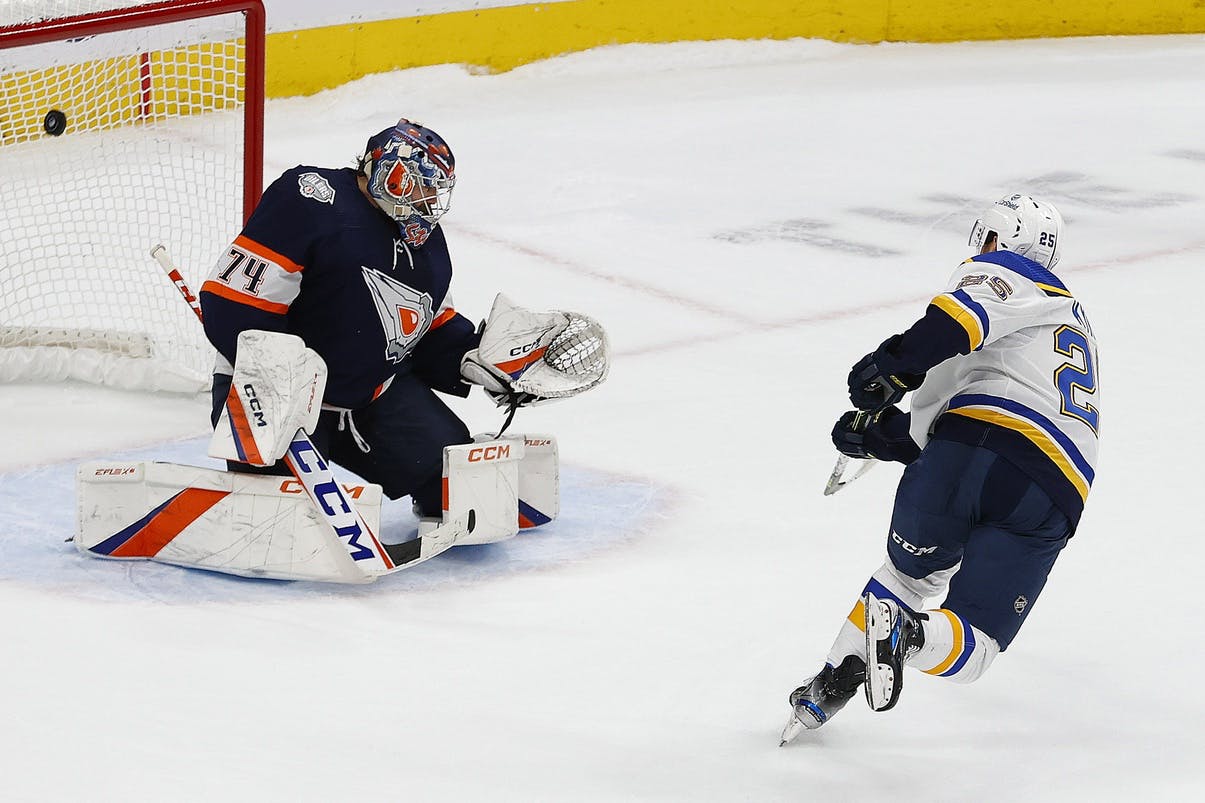 By Zach Laing
1 month ago
Signed, sealed and delivered.
Stuart Skinner is an Edmonton Oiler for at least another three seasons. He inked a brand new three-year, $2.6-million AAV contract on Monday morning.
It’s some tidy work for the Oilers and for Skinner, with both having their future in the crease solidified.
Skinner was set to be an RFA at seasons end, and the Oilers were wise to jump ahead of the process and get this deal wrapped up. They now have, between he and Jack Campbell, $7.6-million tied up in their crease through the 2025-26 season.
What’s key for the Oilers and their cap situation is that $2.25-million in dead cap will be coming off the books this offseason for the team. Milan Lucic’s $750,000 in retained salary wraps up with his contract coming to an end, while this is the final year of Andrej Sekera’s $1.5-million buyout. The Oilers also won’t have to deal with any LTIR complications after this season either. Oscar Klefbom’s $4.167-million contract comes to an end, as does Mike Smith’s $2.2-million deal.
That leaves the club with $8.275-million in space heading into the offseason. In RFA’s, the Oilers will need to figure out how to move forward with Jesse Puljujarvi, Klim Kostin, Ryan McLeod and Evan Bouchard. If the Oilers were wise, they’d realize that bridge contracts are terrible and would delve a good chunk of that space towards both McLeod and Bouchard.
In the system, the team has a few other RFA’s in need of new deals: Raphael Lavoie, Noah Philp, Tyler Benson, Phil Kemp and Olivier Rodrigue. They should all be fairly simple to get done.
Edmonton will have some UFA’s this year too. Derek Ryan, Mattias Janmark, Devin Shore, Ryan Murray and Slater Koekkoek. Of them all, Ryan has the best chance to come back as a fourth-liner for the team.
Zach Laing is the Nation Network’s news director and senior columnist. He can be followed on Twitter at @zjlaing, or reached by email at zach@oilersnation.com.
Featured
Nation Takes
Oilers Talk
Recent articles from Zach Laing