Is Eight Pre-Season Games Too Many? 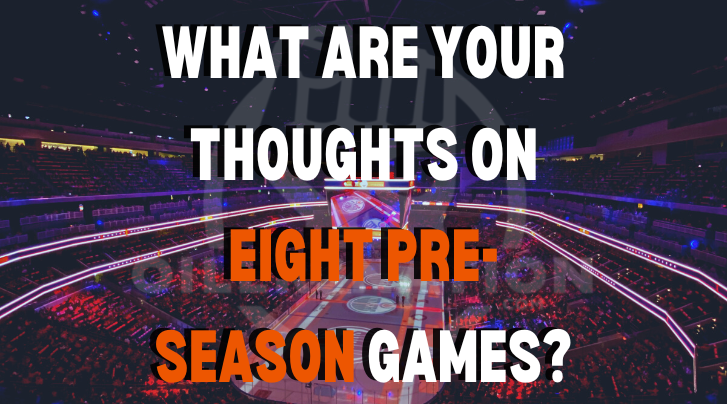 By Woz
1 month ago
With pre-season well underway now, a big talking point around social media is the fact that the Oilers have eight pre-season games. For many, it feels like too much. I asked around social media earlier this week to get the opinions of Nation Citizens. Is there such a thing as too much hockey? Let’s see what you had to say!

Over on Instagram, theseven80 says we should have 15 pre-season games (!!!) but start on September 1st. I won’t lie, the idea sounds fun, however, I think after games five or four, I’d get a little bored of meaningless hockey. Meaningful for those battling for a roster spot that’s for sure. Some of those players would love an extra three to four games to prove themselves.

Kaidend22 here brings up a great point. The Oilers have many players to work with, lots of competition, and gives the coaching staff a great sample size between the AHL Affiliates and then four games to see who makes the final cut. It’s a great opportunity for Woodcroft to witness where some of our prospects are in terms of development.

If you’re someone like Mitchywoo83 and enjoy watching prospects then eight pre-season games must be a treat for you. I also love the perspective here. “People are so goofy to think that they should only get one shot after having summer off” Some players might need a little bit more time to get up to speed. Now, you could argue that’s why training in the off-season is so important. However, there’s a big difference between training and game action. Can’t agree more though, sometimes it takes a few games to your legs under you!

Creemetalhead81 believes that the games should be more accessible. He’s not wrong, region blocks are one of the worst things about watching hockey. Why do we need to go through so much trouble just to watch pre-season?

The crowd over on TikTok believes that 4-6 games is probably best. The more hockey the better Carter says, but maybe the NHL needs to find the right sweet spot for games. Five to six sounds pretty reasonable. 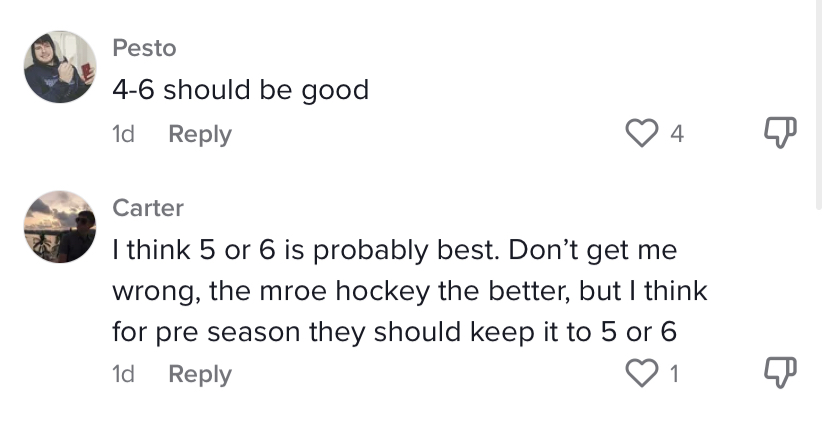 How about a few games overseas to help grow the game? While the NHL is already doing that, should they be sending even more teams to other parts of the world? 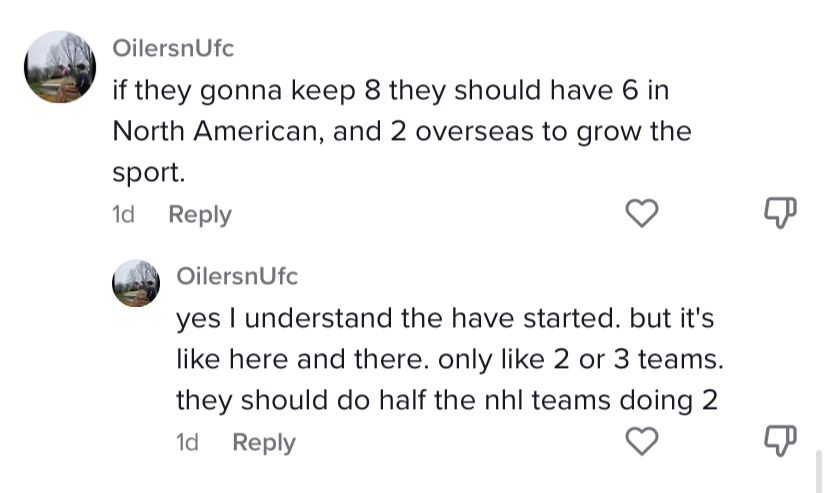 Easily my favourite comment I’ve seen is from Icebat_14. It’s important to remember some of these games are just to get a look at prospects and see how their development has gone. While giving the main group a little bit of game time is also just as important.
Murdoch doesn’t mind! Plus it does give an opportunity to those who can’t really afford to go during the regular season, a chance to see the Oilers live! Maybe it’s best just to enjoy stress-free hockey?
Unless you’re Robert and find pre-season to be a total waste of time! Knowing Jay Woodcroft he’d find a way to get information out of a game like that between Carolina and Florida.
Fortunately, the Edmonton Oilers only have two pre-season games left on schedule. Tonight against Vancouver and on Friday, October 7th, against Seattle. Let’s be honest, we’re all just itching for the season to start!
Oilers Talk
Social Corner
Recent articles from Woz